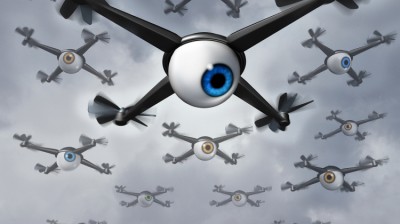 A proposed federal rule that would identify drone operators has many fearing for their safety from a public that generally scoffs at the sight of a small unidentified object flying anonymously over their property.

“For an assortment of reasons, some people have a strong distaste for drones,” Jonathan Jacobs, a drone operator and founder of the Drone Academy in Texas, told Digital Privacy News.

“Is it really smart or safe to provide the pilots’ location to someone who is upset by their presence?”

The Federal Aviation Administration (FAA) is reviewing a Remote ID rule that would collect and store specific data on unmanned aerial vehicles (UAV), or drones, operators and control stations.

Remote ID would require an unmanned aircraft system (UAS) to equip itself to record its identity, location, altitude and other data while in flight.

The data would be collected from the RID by a third party contracted by the drone operator.

The information from Remote ID would also assist the FAA, law enforcement, and federal security agencies when a UAV “appears to be flying in an unsafe manner or where the drone is not allowed to fly,” the agency said.

Jacobs said that the FAA’s notice about the proposed rule suggested that “Remote ID messages constitute public information and can be accessed by anyone capable of receiving a broadcast or with access” to a service supplier. “This places the safety of drone pilots at risk.”

The FAA first recommended a Remote ID rule in 2017. It was proposed in December. The public comment period closed earlier this month.

John Verdi, vice president of policy at the nonprofit Future of Privacy Forum, acknowledged the difficulty in trying to physically identify a drone and its owner.

“One of the challenges the FAA has — and I think one of the challenges we all have — is how to implement a technical solution that provides the kind of visibility into unique identifiers in the way that a physical license plate does for cars,” he explained.

The public does not have access to the information behind a car’s plate, Verdi said, but law enforcement does.

That strikes a reasonable balance between those interests while creating accountability.

Verdi explained the dilemma this way: “Do we want to put that accountability in the hands of individuals who are proximate to a drone operation? Maybe.

“Do we want to put it into the hands only of law enforcement and insurance adjusters and other trusted parties?” he continued. “Maybe.

“Do we want to put it in the hands of everybody in the world? Probably not.”

But Jacobs said the proposed rule could threaten drone pilots’ personal safety. He told Digital Privacy News he has been accosted by people who believed he had no right to fly his UAV in a particular area.

“There have been too many cases of pilots being assaulted, harassed, and threatened by ill-informed members of the public,” he said, “who felt as though the drone pilot was infringing on their privacy.”