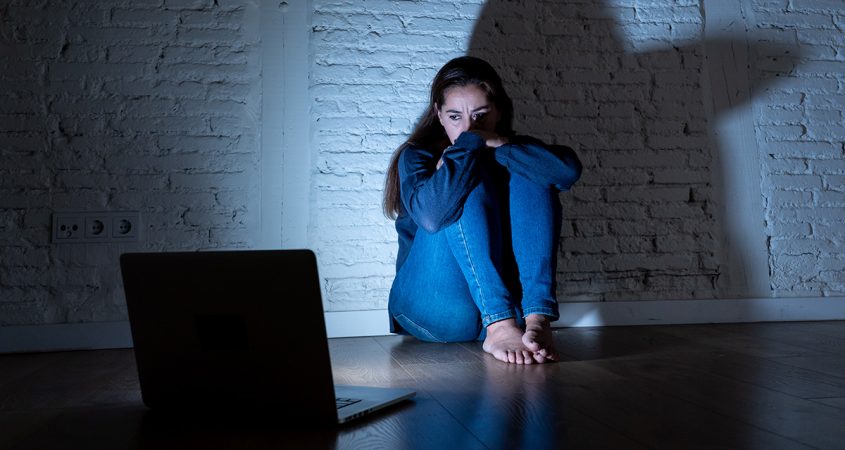 In the United States, as many as 7.5 million people are stalked every year.

Once the bane of celebrities and their overzealous fans, the internet and social media have created an intelligence gold mine for stalking that cuts across all sectors of society.

Domestic violence advocates argue, however, that stalkers have been using technology to harass their victims for years. One in four victims report being tracked through some form of technology, according to the Stalking Prevention, Awareness and Resource Center (SPARC) in Washington.

‘The Tech Is Not the Problem’

Stalking is more common in domestic relationships because information is readily available between partners.

“Even though the technology they use has changed, the behaviors of abusers are still the same: tracking, monitoring and surveilling,” Gibson said.

“The tech is not the problem,” she added. “Even though they’re using the tech, the abusive behavior is the problem.”

Generally, stalking and other such psychological abuse precede physical violence, even murder. Law enforcement has long viewed stalking as a credible predictor of homicides in domestic relationships.

Stalking victims report feeling powerless against the violation of privacy — and they are unsure of how to protect themselves, their information and their locations.

Apps developed to monitor children or teenagers are the first choice of stalkers for their victims. Typically, they are installed on a victim’s phone without their knowledge.

But people should not be dissuaded from using the technology out of stalking fears, Gibson said.

“You don’t want to remove that potential support from someone by telling them not to use technology,” she told Digital Privacy News.

More stalkers, however, are turning to social media.

With Facebook, “I can check in, and my abuser automatically knows where I am,” Gibson said.

Facebook users “check-in” to locations, promoting where they are or have recently been. In many cases, users respond to event invites, indicating where they will be.

Likewise with Instagram, where users post photos at their favorite restaurants, or Google, which tracks everything a victim does on the internet.

With an Amazon account, a person’s address and activities could be tracked — and some abusers even use smart watches to monitor victim activity.

NNDEV, SPARC and other organizations are developing apps and other technologies to empower survivors. Even though tech has been used to facilitate abuse, it also can be used to help survivors.

“Technology can be misused,” she told Digital Privacy News, “but I would be remiss if I didn’t talk about the ways survivors use technology to stay safe.”

Here are some ways to curb your chances of being stalked through technology:

For help, call the Stalking Resource Center’s Victim Connect Program at the National Center for Victims of Crime, 855-484-2846.