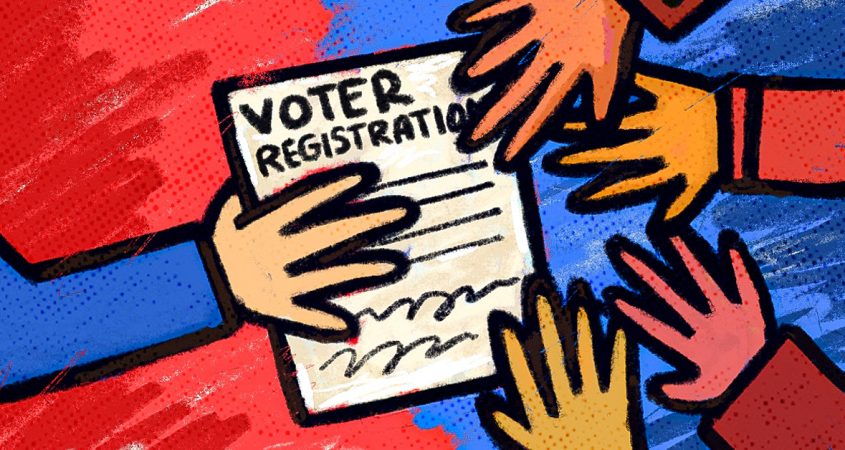 David Marcus comes from a long line of registered voters in Detroit, but he has never voted because he’s never registered.

“I worry about my privacy, and what people can do with the information they get when I register,” Marcus, 30, an IT professional, told Digital Privacy News.

Not registering has also saved Marcus from serving jury duty, amid other concerns he has about protecting “my digital footprint.”

“I don’t feel bad about passing up on my vote if I can protect my privacy,” he said.

Marcus is among the estimated 21.4% of Americans who are eligible to register but don’t out of privacy concerns, according to a 2017 study by the Pew Charitable Trusts.

Those privacy issues are now heightened by the COVID-19 pandemic, raising questions as to how many of the more than 200 million registered U.S. voters will show up for this year’s elections.

In 2016, only an estimated 140 million Americans went to the polls, the lowest voter turnout in 20 years, according to the U.S. Election Assistance Commission.

That turnout is leading many groups to focus heavily on registering voters this year, advocates told Digital Privacy News.

But most citizens — and those who are concerned about their privacy, in particular — don’t know that the information they share at registration automatically becomes a part of a vast public record that can be accessed by a host of individuals and groups.

Michigan, for instance, has over seven registered million voters, according to the Secretary of State’s Office, making it one of the highest states in the nation. Most people are registered, in fact, when they apply to the office for a driver’s license.

But residents can opt out of registering, Bradley Wittman, a former director in the state’s Bureau of Elections, told Digital Privacy News.

“In Michigan, the lists of registered voters are open and public — and anybody can get access during normal business hours,” he said.

The amount of collected data varies among states, but the volume of information in the public space — like home addresses and, in some cases, telephone numbers — is more than enough to give pause.

The chances are great that when you registered, no one pointed out the fine print of your rights and privacy.

Citizens register by sharing the information that is requested by their state. Keeping some of that data private can be critical to victims of domestic and sexual assault, trafficking and stalking.

The National Resource Center on Domestic Violence (NRCDV) told Digital Privacy News that voting could pose serious safety and privacy concerns for victims of domestic violence. The data could put them in life-threatening situations.

According to the National Conference of State Legislatures, 39 states protect at least some confidential information through Address Confidentiality Programs (ACPs) that are designed to protect information from being sold and made available to the public.

But several states have difficulty assuring this: Only 11 of those states have very specific privacy policies that restrict public access to individual voter records.

Another snag to voter privacy is states with enhanced voter records that data brokers collect and make available to political campaigns for calls and mailings.

“The data generally is available and is the reason people get so much information without requesting it,” Wittman said.

But these policies can unintentionally put individual privacy in jeopardy. Domestic-abuse survivors may ask to be removed from public voter rolls with a court order from the county where they are registered.

“We are like the Underground Railroad,” Carrie Lawson, an abuse survivor who works with other men and women to protect victims, told Digital Privacy News.

“I know voting is important, but when you have things happen like what happened in New York, I would encourage our women not to register.

Voters in New York were stunned last year when the city’s Board of Elections posted their voter enrollment data on its website. It was a district-by-district tally of information for 4.6 million New York voters.

The data included names, addresses and party affiliations. The Board of Elections said the information already was available to anyone.

It was removed after a huge outcry from elected officials and privacy advocates.

However, some voter groups told Digital Privacy News that privacy was not an issue they encountered in registering voters.

“There are a lot of reasons that people give for not registering, but I have never heard that privacy was an issue,” said Angela Waters Austin, head of Black Lives Matter Lansing, in Michigan, and a member of Freeing the Vote.

“But what we are seeing is that people, even young people who have never voted before, are bringing a real energy to protecting democracy through getting out the vote.”

Waters Austin said groups like hers, rather, were “worried about the threats in the U.S. that voter suppression pose and were focusing on registration and getting out the vote.”

Andrea Collier is a multimedia journalist in Lansing, Mich.