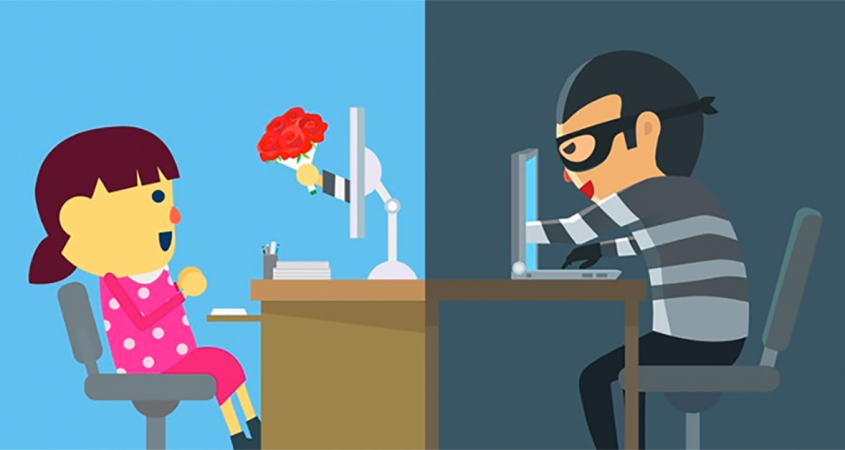 Carla Brennan (not her real name), a divorcee in San Francisco, wasn’t looking for love when she recently joined an over-40 singles group on Meetup.com, a platform that allows people to organize in-person events for those with shared interests.

Yet shortly after registering, Brennan heard from “Alan,” a structural engineer who claimed he had just moved to the Bay Area and was smitten by her photo and witty bio, she told Digital Privacy News.

However, he soon became her worst nightmare: a romance scammer who swindled her out of more than $40,000.

“No one who knows me would ever believe I’d fall for a con, but my mom was very ill at the time and I was in a vulnerable place,” Brennan, in her early 60s, told Digital Privacy News. “Alan made me believe in him, and in us — and it all turned out to be a lie.”

Much of the world is sheltering in place during the COVID-19 pandemic, but law enforcement is preparing for an increase in these kinds of online romance scams, officials tell Digital Privacy News.

“When people have more time on their hands, there will be more victimization,” said Siobhan Johnson, special agent and public affairs officer for the Chicago FBI office. “We’ve started preemptive measures to warn consumers about the risk of these scams.”

“We all want to be loved and we’re all vulnerable.”

Romance scams, according to the FBI, are schemes in which someone adopts an online identity to gain a victim’s affection and trust, then using the illusion of romance to manipulate or steal from the victim.

Johnson told Digital Privacy News that scammers cast a wide net, targeting men and women of all ages and backgrounds on dating sites, as well as on various social-media platforms.

If you are a victim, register a complaint with the Internet Crime Complaint Center and local law enforcement. The FBI’s Recovery Asset Team, established in 2018, recovered $192 million last year, a 75% rate, Johnson said.

With Brennan, Alan seemed like a dream come true. They planned to meet several months into their whirlwind romance, but Alan canceled, saying his mom had fallen ill.

He also said that equipment delays at his job were putting him in a precarious financial situation.

Alan then asked Brennan for a loan — and she wired $6,000 to banks in Houston and Maryland.

Several other payments followed, eventually totaling over $40,000, and while Alan promised to pay her back, Brennan said he always had an excuse for why he could not.

Brennan later conducted a reverse-image search on Alan’s photo. She learned the picture actually was of a Greek TV writer — and that image had been used in romance scams all over the world.

Alan deleted his Meetup profile a few weeks after meeting Brennan. The FBI is investigating.

“What hurts the most isn’t losing my money or pride,” Brennan told Digital Privacy News. “It’s feeling as though I could trust someone.

“In retrospect, I almost feel as if I was brainwashed.”

Brennan’s story is all too familiar, Johnson said, adding that the FBI believed romance-scam statistics actually are much higher than reported — as many victims blame themselves and are too embarrassed to report the crimes.

“We all want to be loved and we’re all vulnerable,” Johnson told Digital Privacy News. “We encourage people to be vigilant and skeptical, especially when someone seems too good to be true.”

Linda Childers is a California writer.