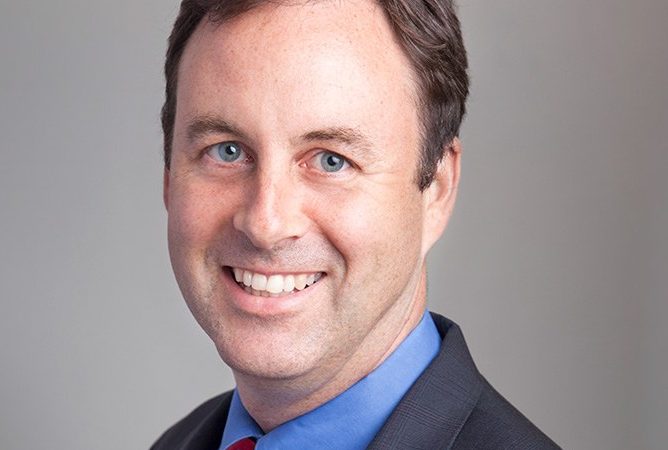 Baltimore already has an extensive ground-camera system. What are the implications of adding aerial surveillance?

This is different from being recorded by random surveillance cameras at different points.

It’s profound, knowing that from the moment that you step out of your house in the morning until you arrive wherever your destinations are, that you are being recorded overhead.

There’s a systematic collection of information about how you’re living your life that extends across time and space in a way that ground-based cameras don’t cover.

They’re looking to supercharge the ground system by adding this.

In 2016, a U.S. Justice Department report detailed systemic, discriminatory abuses by Baltimore police. Is it notable the aerial program is to exclude images captured of police misconduct?

That’s one of the big questions: Who’s going to have access and control of the imagery that’s generated?

We dealt with this in the police body-cam context: Whether police departments have the discretion to release or suppress whatever video footage they want.

Certainly, there is a long history in the U.S. of law enforcement abusing surveillance powers for political purposes — monitoring people not because they’re suspected of a crime, but because of their political views.

That extends up to the present day, where we see abuse of surveillance of Black Lives Matter protesters and peace activists against the Iraq war.

There’s also the possibility of bad-apple government workers who might abuse it by tracing their ex-wife’s new boyfriend, or a neighbor they’re in a fight with.

Do you fear Baltimore’s program could end up in other cities? How can any push toward military-grade aerial surveillance in other American cities be stopped?

The first thing that could stop it is the Constitution. That’s what we’re asking the courts to recognize.

The Fourth Amendment, which protects people in America against unreasonable search and seizure, is applicable here.

As powerful new surveillance technologies are developed, do we as a society restrain ourselves and recognize that some things are not compatible with our values and how we want to live?

We’ve done it before. There are millions of surveillance cameras in public places around America, but almost none have microphones.

It’s not because microphones are expensive or technologically difficult. It’s because our state and federal wiretapping laws make it legally problematic to attach a live microphone to a camera in a public place.

We enacted laws that protect our values and that changed how technology has been deployed around the country. Even if we lose this in the courts, there’s a lot of space for a political battle here.

From what I’ve seen, people have a visceral reaction against aerial surveillance.