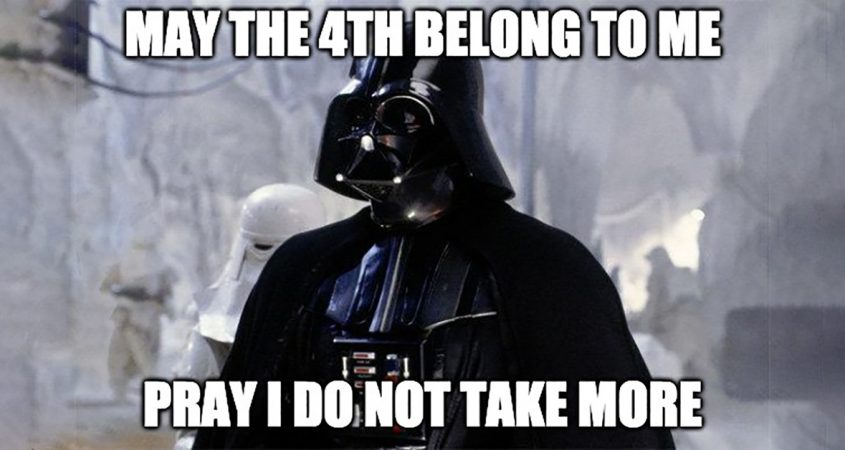 “Star Wars” is one of the most beloved and highest-grossing movie franchises in history.

Similarly, the new “Star Wars: Galaxy’s Edge” theme parks at Disneyland in California and Walt Disney World in Florida are fan favorites and preferred places for visitors to pose for photos with cast members.

Perhaps no day is more celebrated in “Star Wars” fandom than Monday, “May the 4th,” which recalls the franchise’s iconic phrase, “May the Force be with you,” from the original 1977 release that continues to be used in all films.

By posting, users must consent to Disney Plus’ and Twitter’s terms of use. The requirement raises privacy issues regarding ownership and reuse of personal images and messages, media experts tell Digital Privacy News.

“Unless you are an attorney or have really studied intellectual and photographic property rights, most people don’t get the depth of consent they are granting, even when they grant it,” said Paul Levinson, author and professor of communications and media studies at Fordham University in New York.

“Many people don’t mind having their photos used by Disney and don’t see any damage.”

It then followed with another post containing a legal warning that users must abide by its terms. That tweet created a huge backlash, with hundreds of users tweeting GIFs and messages opposing that they must agree to a third-party’s terms for a contest hosted on Twitter.

‘Deal With the Devil’

The policies of both media titans are clear: While users retain ownership of all submitted content, they agree to grant Twitter and Disney Plus unrestricted licenses to disseminate, transmit or reproduce their information.

“Everyone who deals with a commercial entertainment organization like Disney on some level is aware they are making a deal with the devil,” Levinson told Digital Privacy News. “It’s exciting to think Disney will do something with their picture.

“They aren’t completely aware of the privacy rights they are surrendering, but they also don’t care,” he added. “It’s fundamentally OK.”

Before posting to MayThe4th and similar contests, Levinson said users should consider if everyone in the image has granted consent.

Many of the MayThe4th posts on the Disney Plus Twitter page contain images of children, a demographic that’s not capable of giving fully informed consent, he said.

Posting photos of children on Twitter, Facebook and other social platforms also raises the issue of whether parents have the moral right to publish images of their kids that may prove compromising later in life.

“We get into somewhat treacherous ethical territory when parents make those decisions for their children,” Levinson told Digital Privacy News. “It’s something parents should consider — and I would go so far as to say parents don’t have the right to put their children’s pictures out there.

“By and large, people are not harmed by commercial entities having their photographs,” he added. “But the internet doesn’t forget.”

Levinson said most people aren’t well-versed in the full legal ramifications of intellectual and photographic property rights, so they don’t see any harm in letting Disney repurpose their messages and photos.

And while Disney and Twitter caution users in writing the contract to which they agree, consumers should pay particular attention to how those companies and others interact with third parties.

“No matter what you opt out of, your information is kept somewhere and is used by (outside parties),” Levinson told Digital Privacy News. “That horse is so far out the barn, it’s impossible to bring it back in. That’s just the world we live in.”

Parents should never agree to anything that could potentially encumber their children, Levinson said. And consumers should avoid granting blanket releases for organizations to use their content in perpetuity.

“One way of dealing with these issues is giving away rights for a year, or maybe five years, and after that they automatically revert back to you and you have to agree to another contract,” he said. “That would be a good thing to get into these (terms of use).

“Consumers should be more aware of consent and privacy rights,” Levinson added, “but most simply don’t care.”

Rob Sabo is a Nevada-based writer