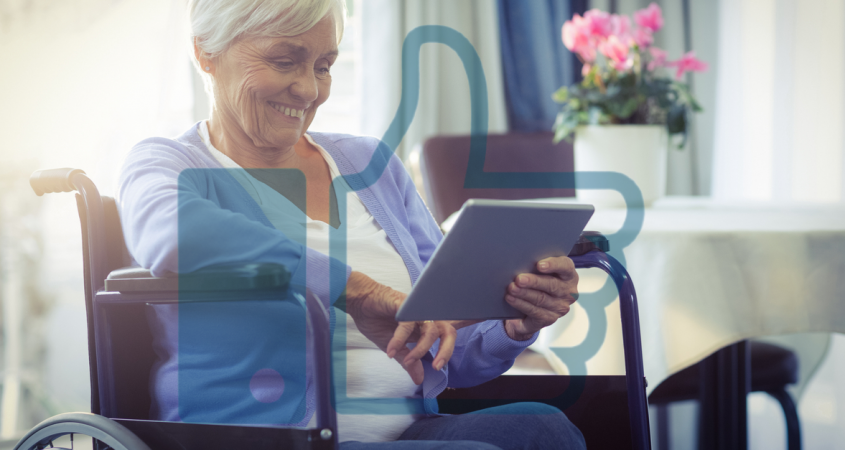 In announcing the donation, Digital Secretary Oliver Dowden said in a news release, “It is great to see Facebook giving care-home residents and patients the devices they need to connect with their family and friends at such a challenging time.”

A pilot of the project early last month saw 50 devices distributed across four U.K. sites. The Portal giveaway now appears to be being rolled out across the U.K.

Portal’s release was delayed because of the 2018 Cambridge Analytica scandal, and initial sales reportedly were low.

“Facebook gets to feel good and pretend they’re actively helping others, while mostly doing what they would have done anyway.”

“No one really bought a Portal, but if it’s used to talk to Grandma, then people won’t delete Facebook.

“Facebook gets to feel good and pretend they’re actively helping others, while mostly doing what they would have done anyway,” Smith said.

Facebook promotes Portal as “private by design.” In October 2018, Facebook executives told Vox.com that data collected by the devices would not be used to target advertising.

This claim turned out to be false and was corrected by Facebook in another Vox interview the following week.

Facebook, based in Menlo Park, Calif., does not collect the content of calls and messages made via Portal devices.

However, according to the company’s “Supplemental Portal Data Policy,” Facebook will collect, use and share data about Portal’s call information, camera usage, voice commands and third-party apps in accordance with its primary data policy.

“It could be argued that the NHS are the ones responsible for the recording and … sharing (of) data with Facebook, which is quite simply illegal without consent.”

This means Facebook and its partners may use this information to target users with ads as they browse the web.

Hanff also questioned whether Portal devices met the requirements around confidentiality of communications under the U.K.’s Privacy in Electronic Communications Regulations (PECR).

“It could be argued that the NHS are the ones responsible for the recording (of care-home residents’ data) and are sharing the data with Facebook, which is quite simply illegal without consent,” Hanff said.

He fears that NHS may not have carried out due diligence before distributing Facebook’s hardware, such as conducting a Data Protection Impact Assessment (DPIA), which may be required under U.K. law.

In the news release announcing the donation, NHS claimed that care homes would be given advice on “data protection, including how to complete a factory reset before passing the device to a new user” in order to “help protect the personal data of different users and staff.”

Robert Bateman is a writer based in the U.K.