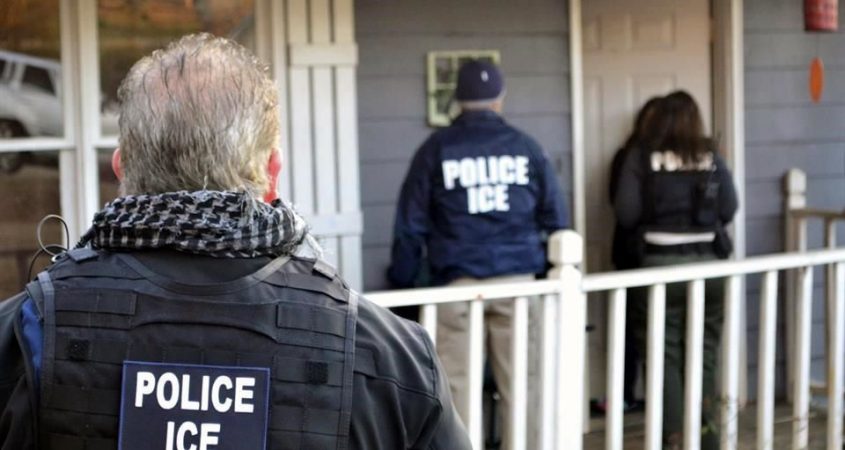 Arizona resident Jose Ramos (not his real name) came to the United States from Mexico with his family when he was 8 years old.

In 2013, when he was 18, he obtained deportation protection under the Deferred Action for Childhood Arrivals (DACA) program. He was in his first semester of community college.

In his DACA application, Ramos gave his address and other personal information to U.S. Customs and Immigration Services (USCIS).

Now, Ramos is 25 and has a master’s degree in engineering. But his future and that of 700,000 other “Dreamers” remains clouded by uncertainty.

The U.S. Supreme Court is expected to rule by the end of the month on whether to end DACA, which former Democratic President Barack Obama created by executive order in 2012.

“It’s kind of hard to have a plan when you don’t know if the program is going to exist in a month,” Ramos told Digital Privacy News.

But he isn’t worried solely for himself.

Ramos suspects U.S. Immigration and Customs Enforcement (ICE) might also have the names of other undocumented family members, since he had to divulge that information to become a DACA.

“What’s going to happen to folks I love and care about?” he asked.

“A miscarriage of justice … .”

Maurice Goldman, an immigration lawyer in Tucson, Ariz., said most of his DACA clients know that internal federal government emails from September 2017 indicated that ICE agents had access to their data through a server shared with the U.S. Department of Homeland Security (DHS).

The emails were obtained under a Freedom of Information Act (FOIA) lawsuit brought by Make the Road New York, an advocacy group for immigrant and working-class communities, and published in April by ProPublica, a nonprofit news website.

However, officials from Homeland Security, which oversees ICE, told a Senate Judiciary Committee later that September that the agency did not have access to DACA recipients’ information.

“We are sitting on pins and needles right now,” Goldman told Digital Privacy News. “There’s definitely fear out there.”

DACA recipients, said Saira Hussain, staff attorney with the Electronic Frontier Foundation (EFF), “essentially outed themselves to the government” by providing sensitive information to obtain documents to work legally in the United States.

“If the Supreme Court does in fact strike (DACA) down, will ICE abide by its prior mandate that it would not use the information for enforcement purposes,” Hussain posed, “or will they now turn their backs on these young people and basically say they have the ability to do it because they have the information at their fingertips?”

Whether or not ICE uses the data for enforcement, “it seems like a huge breach of trust for ICE to even have access to the information,” she said.

In response to ProPublica’s report, USCIS said in a statement: “The information-sharing policy governing DACA information remains unchanged since it was first announced under the previous administration.”

“Will ICE abide by its prior mandate … or will they now turn their backs on these young people … ?”

In creating DACA, Obama sought to allow undocumented individuals who were brought to the United States before they were 16 to obtain driver’s licenses and renewable work-authorization cards.

However, those cards — unlike the more commonly known “green cards” — do not give DACAs permanent legal resident status or a path to citizenship.

Although government officials promised that DACA recipients’ personal data would not be shared with ICE, they still faced risks in providing the information, Goldman told Digital Privacy News.

“There was always the understanding that things could change,” he said. “To me, it was not a huge surprise that ICE has that information, particularly with the change of administration in 2017.”

The news wasn’t a shock to Ramos, either. He said he already suspected ICE had his data because the agency was within the same department as USCIS.

“I think there was always a lack of trust” that the government would never use their personal information against them, Ramos said.

Goldman said ICE doesn’t have enough agents to conduct a mass deportation of the nearly 700,000 individuals currently protected under DACA if the Supreme Court overturns the program.

However, previous deportation proceedings against some of his DACA clients have been reopened at ICE’s request, he said.

Those hearings, which originally arose from traffic tickets and other minor offenses, had been closed so his clients could receive DACA protection.

“This might just be the beginning of what happens if DACA goes away,” he said.

“There’s definitely fear out there.”

Many DACA recipients live with their parents to “pool their income and support one another,” Goldman said.

As such, if ICE knows where Dreamers live, agents can find their undocumented parents, too.

“I have had a few clients reach out to me because they are concerned about their parents,” he told Digital Privacy News. “Should they remain in the household with them or move out, even out of state?”

Hussain noted that the Trump administration has used personal data before to target undocumented immigrants for deportation.

She cited a PBS NewsHour report from December 2018 stating that the U.S. Office of Refugee Resettlement had begun sharing with ICE that April information and fingerprints of potential sponsors for unaccompanied minors crossing the border.

The program ended last year because of public outcry. Nearly 330 potential sponsors were arrested while it was in place, however, ICE Acting Director Matthew Albence told House legislators that July.

Hussain also cited a December report from The Washington Post that the Department of Health and Human Services had begun allowing ICE to collect fingerprints and other biometric information from adults who came forward to claim migrant children living in shelters.

If their sponsorship applications were rejected, according to the report, ICE could use the information to detain and possibly deport them.

Hussain explained the agency’s rationale this way to Digital Privacy News: “ICE said, ‘Well, they’re no longer potential sponsors, and so now we can initiate enforcement actions against them.’”

He cited the 2020 census, saying that many people might be reluctant to participate out of deportation fears. Administered by the U.S. Census Bureau, the count will help determine the distribution of $1.5 trillion in federal spending and how many congressional seats each state gets.

Scott called any possibility of ICE using DACA recipients’ data for deportation “a miscarriage of justice along the lines of past occurrences such as using census data about Japanese-Americans to intern them.”