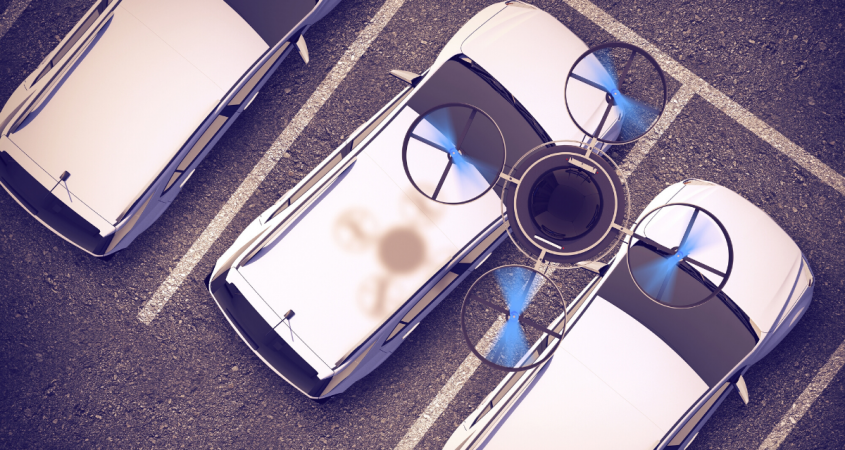 As relations between the United States and China become increasingly strained, the pervasive use of Beijing-manufactured drones by American government agencies and public-safety forces have come under fire because of privacy concerns.

The Chinese company claims its charitable action was done to assist the U.S. in maintaining social-distancing rules during the COVID-19 pandemic.

DJI is not owned or controlled by the Chinese government, said Adam Lisberg, corporate communications director at North America-DJI Technology. The company is based in Shenzhen, Guangdong, in southeast China.

“In many ways, a drone is nothing more than a flying camera, so asking about ‘privacy’ is a very open-ended question, especially when you’re asking about people using a drone to take pictures in a public place,” Lisberg told Digital Privacy News.

Much of the concerns about privacy threats from using Chinese-made drones have come from the U.S. Interior Department and other federal agencies, said Dan Gettinger, founder and co-director of the Center for the Study of the Drone at Bard College.

“What would be helpful from some of these government organizations — like DOI, Department of Homeland Security, Department of Justice and the Department of Defense — is if they feel like these DJI drones are a privacy threat, then they should explain why and provide some of the documentation that shows what, where the concerns are,” he said.

DJI drones remain very popular with public-safety agencies, Gettinger said. And, while they provide benefits to citizens through public safety, he said that people generally were wary of drones.

“Drones open up a whole realm for human movement and exploration that people aren’t really used to,” he told Digital Privacy News.

Approximately 910 law enforcement agencies, fire departments and EMS organizations across the country have utilized drones in recent years, according to the Bard College center.

In California, for instance, the Chula Vista Police Department (CVPD) has as many as 13 drones. Three are used for first-responder operations, with the remainder used for crime-scene investigations, field deployment and photography.

The department flies DJI Matrice-210 drones, using software from Cape, a company founded in 2014 and based in Redwood City, Calif.

“I’m not worried about China gaining intelligence on me flying over a cornfield looking for a missing person.”

Since 2018, the department has deployed the drones from the rooftop of its headquarters and from other nesting sites around the city to respond to 911 calls.

“We take privacy very serious,” he said. “Regardless of the technology that we have, we ensure that there are safeguards to that information that we control.”

Mark Wasylyshyn, cochair of the drone working group of the National Sheriffs’ Association, said he was not aware of any threat from China by the UAVs.

Further, the activities undertaken by the drones used by his office — he is sheriff of Wood County, Ohio — are not classified or confidential, he said.

“But as far as the drone goes for how we use them, I’m not worried about China gaining intelligence on me flying over a cornfield looking for a missing person,” Wasylyshyn told Digital Privacy News.

“Or, if we’re doing a drug raid, I’m not worried that, ‘Oh, look at that, their marijuana looks different or their cocaine or whatever or opioids look different in Wood County, Ohio,’” he added.

Wasylyshyn acknowledged that he wasn’t thrilled about America’s reliance on China for many products, but DJI drones leave little choice because of their quality and price.

“I can tell you that people who use DJI drones have control over the photos and videos they generate.”

But last month, 14 Republicans on the House Judiciary Committee requested information from the Justice Department and Homeland Security about state and local law enforcement using the Chinese-made drones.

Legislators questioned whether these entities knew of the possible intelligence risks from the donations.

The Interior Department, which has used DJI drones for land surveillance, stopped last year. They cited concerns about China using them to collect data on critical U.S. infrastructure.

Two years earlier, the U.S. Army determined that the use of DJI equipment posed risks.

In addition, an unclassified intelligence bulletin in 2017 from U.S. Immigration and Customs Enforcement (ICE) reported that the Special Agent in Charge Intelligence Program (SIP) in Los Angeles believed DJI was furnishing data to Beijing.

“SIP Los Angeles further assesses with high confidence the company is selectively targeting government and privately owned entities within these sectors to expand its ability to collect and exploit sensitive U.S. data,” the bulletin said.

A DOI test last year concluded that the GE did suitably mitigate data-management vulnerabilities but recommended against its continued use because of data-management requirements and future validation and verification tests.

“Accordingly, the GE solution by itself does not represent a long-term, sustainable solution for Interior,” a DOI report said.

In January, the Interior Department shut down its drone program, grounding all non-emergency drones until cybersecurity, technology and domestic-production issues were properly resolved and a satisfactory drone policy devised.

But DJI responded in a blog that DOI’s “country of origin benchmark for security is ineffective and politically motivated, and ultimately does not address any real problem.”

The drone-maker said it understood a government wanting to purchase products from its own country, but that was not a reality in the global technology supply chain.

Congress has become even more involved in the issue.

Last month, Sen. Martha McSally, R-Ariz., introduced legislation to bar federal funding to public-safety entities that fail to certify that they are not operating Chinese-built drones or those made by companies with Beijing ties.

The bill is based on well-defined technical requirements versus “country-of-origin” or other points, Miriam McNabb told Digital Privacy News.

McNabb is editor-in-chief of Dronelife, an online magazine.

“To my knowledge,” she said, “nobody has actually found a concrete security flaw. It’s more of a fear that Chinese companies may be forced to work with the Chinese government.”

Christopher Adams is a writer based in Texas.