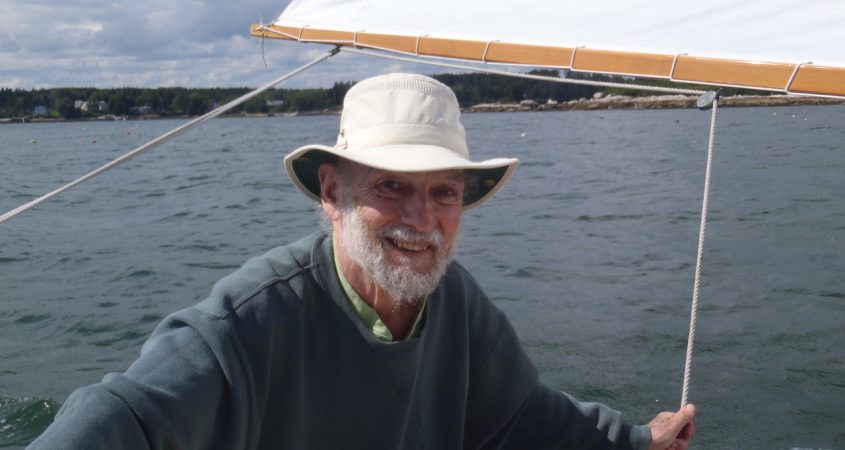 David Burnham is a former investigative reporter who, during his tenure at The New York Times, covered everything from corruption in the New York City Police Department to the inner workings of the Internal Revenue Service.

His groundbreaking work on corruption in the police department led to revelations documented in the 1973 film “Serpico.” Burnham was also the journalist labor union activist Karen Silkwood (on whom the 1983 film “Silkwood” is based) was on her way to meet when she was killed in a car accident that remains suspicious.

Now 87, he is co-director and co-founder of the nonprofit Transactional Records Access Clearinghouse (TRAC), a nonpartisan research organization that maintains a database of federal enforcement, staffing and financial data.

In his 1983 book, “The Rise of the Computer State,” Burnham sounded the alarm of impending surveillance and data-collection by governmental agencies on U.S. citizens.

He later wrote “A Law Unto Itself: Power, Politics and the IRS” (1990), in which he investigated the operations of the tax agency and criticized its uneven application of its own rules.

“There’s been a major collapse in the interest of the public about privacy. It’s a really bad situation.”

Burnham highlighted the potential threat to privacy inherent in the collection of this data by the IRS.

In “Computer State,” you talked about how our ethics and democratic process were being eroded or were in jeopardy. Do you now believe you were right?

I believe I was right at that time. I believe I am much righter today.

Because of the growth of government and the power of the president in office now and the willingness of large corporations — Facebook and Google and Apple — to be more aggressive in the collection of personal information.

You also talked about the importance of legislative and congressional action on data privacy. What role has Big Tech played in influencing legislation?

I don’t believe many of the news organizations have people specializing in privacy, as we used to have.

The growth of the media has meant that everybody is occupied with what happened yesterday and less interested about thinking in big areas like privacy and discussing them. It’s not being done now.

The New York Times is a fine institution, but they’re too interested in getting spot stories on (President Donald) Trump.

That’s taking away from looking at the big privacy issues or the big IRS issues.

It’s much worse than it was when my books were written.

Has mass surveillance impacted our personal ethics in the way you thought it would?

People are more dismissive now — because we’re so occupied, and because a lot of the collection of data by corporations provides us with information that we want to use for our personal purposes.

There’s been a major collapse in the interest of the public about privacy. It’s a really bad situation.

In “Computer State,” you talked about the FBI creating databases to track “persons of interest” like John Hinckley Jr. Is that what we’re seeing?

This will be more than that, more focused, because of the public’s being less interested in this subject.

Is there an appetite for the U.S. to get away from a culture of surveillance? Should we make peace with it?

I will not make peace with it. You have to go on.

Young journalists always say to me, “You’re so cynical.” I say, “no,” but you have to remain skeptical — and you have to keep fighting. It’s all we’ve got.

Doing that means the end of the democratic process that we’ve lived with for so many years.

“We’re scared — and when we’re scared, we do bad things.”

We’ve gone through the Civil War, and we more-or-less survived. And we went through the Depression. This is really a tough time.

Since you mentioned COVID, what legislative changes do you anticipate being made about surveillance?

It’ll just increase. We’re scared — and when we’re scared, we do bad things.

I don’t believe Dr. (Anthony) Fauci. God bless him. He has really stood up — and it’s hard — to the president on the collection of information: How is it done? Who controls it? How is it distributed around the government?

It’s going to go on and on and get worse.

You know, (James) Madison wasn’t perfect, but he did set up a system of checks and balances — and we’ve removed too many of the checks.