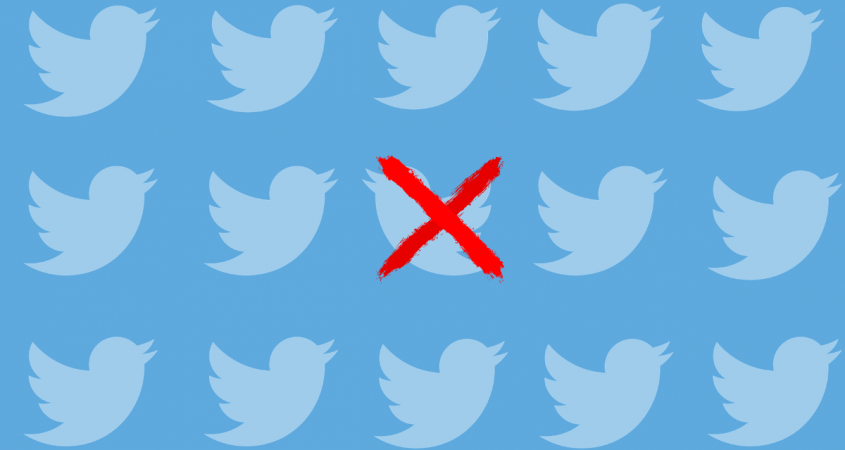 Last year, Ugandan President Yoweri Museveni had a thorn in his side.

A Harvard student, Hillary Innocent Taylor Seguya, had been calling him a dictator and criticizing his posts on Twitter.

So, Museveni, who’s been in power since 1986, did what any irritated private citizen would do: He blocked Seguya, effectively preventing him from seeing or commenting on his posts.

But according to Seguya, Museveni wasn’t using his platform as a private citizen — and, thus, shouldn’t be allowed to use the platform’s privacy features.

Seguya sued Museveni, and several other Ugandan officials who had blocked him, last August — arguing they used their Twitter handles to disseminate state information and solicit feedback from citizens like him.

“We the citizens shall always be making public officials accountable.”

Seguya, who openly supports Museveni’s political rival, pop star-turned-politician Bobi Wine, told Digital Privacy News that blocking him “undermines the voices of Ugandans living in the diaspora,” many of whom live or study outside of Uganda for political reasons.

Doing so could help Uganda control what information citizens within the country are exposed to, he argued.

Seguya pointed to precedent in American law, where courts have ruled that public officials cannot block critics from accounts used “to conduct official business and to interact with the public.”

Unfortunately for Seguya, the Kampala High Court in Uganda saw things differently. The court ruled last month that Museveni could block whomever he pleased.

In other words, the Ugandan president has a measure of online privacy.

Neither Museveni nor other Ugandan officials have commented on the ruling. But Seguya told Digital Privacy News, “The ruling, of course, shows that the Constitution of Uganda was suspended by the judge of Uganda.”

As American politicians and legal experts debate the extent to which social media outlets should be regulated — from platform moderation to data privacy — Uganda provides something of a case study of how political power can be filtered through a digital public square.

According to Alex Dukalskis, an assistant professor at University College Dublin and an expert on antidemocratic regimes and human rights, sites like Facebook and Twitter were once considered direct threats to authoritarian-leaning governments like Uganda.

(The Economist Intelligence Unit’s “Democracy Index” ranks Uganda as a “hybrid regime,” meaning it has not fully transitioned from an autocracy to a democracy.)

“One of the things we’ve learned about authoritarian states is that they learn and adapt and innovate.”

“If you look back 10 years ago, even longer, people were very optimistic that social media was going to have this democratizing effect,” he told Digital Privacy News. “That it was going to link activists, expose them to new information, make it easier to build networks across borders.

“And it did do those things, I think.

“But one of the things we’ve learned about authoritarian states is that they learn and adapt and innovate.”

How They Hit Back

Dukalskis pointed to a few techniques. First, some states create national social media alternatives (such as Weibo in China), which allows them to store user data domestically and access it without privacy restrictions.

That can have a chilling effect on public speech, he said, and enable political repression.

Second, they use their authority to find asymmetrical advantages.

In the case of China and several other countries that currently block Twitter, Dukalskis said: “Their leaders use it a lot for external propaganda, which is basically taking advantage of the free-speech protections afforded by a liberal public sphere and not returning the favor.”

Uganda’s Museveni has his own playbook, though. In 2018, the government pushed through a 5-cent tax on residents visiting social media sites, including Twitter, via mobile phones in order to curb online “gossip.”

The tax also applies to messaging platforms like WhatsApp, a favorite tool of antigovernment activists for its end-to-end encryption features.

As a result of the tax, internet subscriptions have fallen sharply in Uganda, where wages are low. One Uganda resident told Digital Privacy News that virtual private networks (VPNs) proved an unsustainable workaround.

“(The Uganda Communications Commission) figured a bunch of them out and blocked them,” she said. “They were also slower, somehow.”

She said the president’s Twitter posts seemed to run in parallel with state communication campaigns on radio and TV or with “posters in neighborhoods, like they usually do for sensitization campaigns.”

In other words, even after restricting social media access the state can still get out its message. But forums that rely on give and take are monitored, with Seguya and other dissidents unable to comment on Museveni’s posts if they are blocked.

Seguya likened the situation to turning off the microphone during a town hall.

“As a leader, if you start blocking off dissidents, it means you’re intolerant because you did not agree with their viewpoint.”

Twitter could act as a corrective, for example, if it differentiated between public and personal accounts when designing privacy features. The platform declined to comment on the case or its privacy features for public figures.

For now, however, the law isn’t on Seguya’s side.

But he’s not taking no for an answer. Seguya is preparing to take his case before the East African Court of Justice, a multinational body in Tanzania that hears human-rights cases.

“The Constitution of Uganda makes very clear,” he told Digital Privacy News, “that we the citizens shall always be making public officials accountable.”