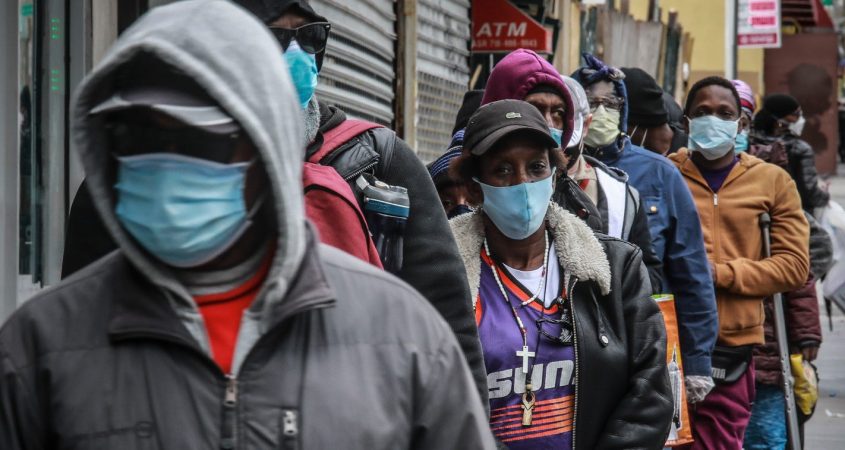 Critics of sharing information about those who are COVID-positive with police and other first responders say it’s a privacy breach that disproportionally affects African Americans and other people of color.

“It’s a perfect storm,” Craig Klugman, professor of bioethics and health humanities at DePaul University in Chicago, told Digital Privacy News. “There’s a lot of distrust out there.”

Klugman and Nashville Metro Council member Colby Sledge in Tennessee said that even before the COVID-19 pandemic, black and immigrant communities were suspicious about how the government used their personal information.

Sledge, a nonpartisan council member who is in his second term, said some constituents told him they were afraid to get tested for COVID because they knew Nashville public-health officials were sharing the names and addresses of those testing positive with authorities.

This causes “a public health problem for everyone in the city,” Sledge said.

“There’s a lot of distrust out there.”

But proponents of the information-sharing told Digital Privacy News that it was necessary to protect public health.

In March, the Office for Civil Rights (OCR) at the U.S. Department of Health and Human Services (HHS) released guidance how protected information about COVID-positive individuals should be disclosed to law enforcement and other first responders in accordance with HIPAA privacy rules.

“This guidance helps ensure first responders will have greater access to real-time infection information to help keep them and the public safe,” Roger Severino, OCR’s director, said in a March 24 statement on the agency’s website.

In addition, the Fraternal Order of Police said last month that more than 100 officers nationwide had died of COVID-19.

Neither the FOP nor the International Association of Chiefs of Police returned requests for comment from Digital Privacy News.

Last month, at least 35 states allowed public-health departments to share the addresses of COVID-positive people with law enforcement and other first responders, according to news reports.

Ten of those states, including Tennessee, also permitted name-sharing.

But Tennessee Republican Gov. Bill Lee’s administration ended the statewide sharing practice at the end of last month after widespread attacks by Democrats and members of his own party.

Metropolitan areas in the state with their own health departments, however, can still share information on COVID-positive individuals, Sledge told Digital Privacy News.

Nashville public-health officials did just that earlier this month, to the dismay of Sledge and other Metro Council members.

Sledge introduced a resolution at the June 2 Metro Council meeting to end the data-sharing, which was approved by unanimous vote.

Democratic Mayor John Cooper returned the resolution unsigned — but his office said June 8 that, at his urging, the Nashville Health Department would no longer share bulk data of names and addresses of COVID-positive individuals with police.

First responders, however, will be allowed to submit queries to the database to receive a “yes-no” answer on whether a COVID-positive person lives at a certain address.

Otherwise, police and first responders will only be given names if those with COVID need to be transported to a hospital or to jail.

Despite the new limitations, Sledge said the city’s policy still had “a chilling effect on members of our community who have a mistrust of the government’s use of their data.”

Sledge also questioned the need for first responders to know whether a particular individual had COVID, especially now that more protective equipment was available and rationing was no longer necessary.

He said police and first responders needed to wear personal protective equipment no matter what because someone with no symptoms and who had not been tested could still carry COVID-19.

Sharing data with police creates “a public-health problem for everyone in the city.”

Unease With Medical Profession, Too

Klugman, the DePaul University professor, told Digital Privacy News that public awareness of unarmed African Americans being killed by the police was more widespread than before since last month’s death of George Floyd in Minneapolis and the subsequent nationwide protests.

But black communities also have long distrusted the medical establishment, he said.

Klugman cited, for instance, the Tuskegee Syphilis Study conducted on African American men from 1932 to 1972 by the U.S. Public Health Service. Those with the disease were not informed of their diagnosis and received no treatment.

Nearly 400 men participated in the study. Twenty-eight died of syphilis and 100 from related complications.

“These are stories that live on in these communities,” Klugman told Digital Privacy News.

When African Americans who have tested positive for COVID-19 hear public-health agencies are sharing addresses and maybe names with first responders, it’s just one more reason for not calling 911, he said.

These suspicions further lead many African Americans to generally not seek preventative health care, which increases risks of chronic diseases that makes them more susceptible to COVID-19, Klugman said.

Other factors affecting the general health of blacks include income status and living in “food deserts,” with little access to quality foods and vegetables.