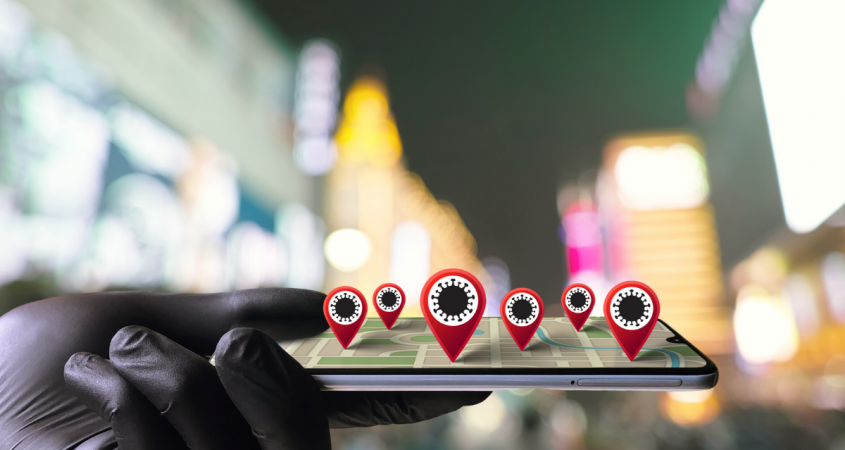 Governments across Asia have recently deployed COVID-19 surveillance measures with the potential to reshape the world’s approach to public-health crises — and to forever alter the global debate over data privacy and protection.

As the pandemic erupted, Asian nations moved quickly to monitor their citizens: from “digital fencing” in Hong Kong and Taiwan, to color-coded “health passports” in China and India, as well as data-collection platforms in Singapore and South Korea.

But as the conversation shifted from emergency tactics to the eventual aftermath, many experts wondered which tools would be shut down or dismantled in the post-pandemic world, and how that uncharted process might actually work.

“It’s important to recognize that when it comes to surveillance, it is not a binary between those states that do it and states that don’t,” Natalie Pang, senior lecturer in the communications and new media department at the National University of Singapore, told Digital Privacy News. “Every country has in place some kind of surveillance on its citizens.

“Every country has in place some kind of surveillance on its citizens.”

“I see it as a continuum rather than a binary, and governments often cite the need to protect public interests — for example, counterterrorism for national security — justifications for mass surveillance.”

Pang, who also serves as principal investigator at the university’s Centre for Trusted Internet and Community, told of a “general consensus” in Asia for government intervention to fight the pandemic, even at a cost to privacy.

She cited, among other factors, the region’s differences in “data cultures” and in some contexts, a deeper trust in government.

“What is understood and thought of as personal data in one context may not be regarded as personal data in another context,” Pang said. “And the vocabulary that is used to describe the practices of using sensors, cameras and applications to collect and analyze data associated with citizens can also differ.

“The discourse is not always engaged in the context of rights.”

Dev Lewis, program lead at the Hong Kong-based Digital Asia Hub and a Yenching Scholar at Peking University, said at least 10 Asian countries have rolled out smartphone apps to help fend off the COVID-19 crisis.

The most widely used app, according to Lewis, is China’s Health Code, which was developed by Tencent and the Alibaba Group and reportedly reaches 900 million people.

But in other countries, similar contact-tracing apps have drawn concern.

“Trust is very important during a pandemic.”

“In India, there is a visible pushback from civil society around security, data protection and mission creep — going beyond contact-tracing,” Lewis told Digital Privacy News, adding that a court challenge led Prime Minister Narendra Modi’s government to back off making its app required for private-sector employees.

“In Southeast Asia,” Lewis added, “speaking to experts in the region, pushback is fairly minimal, as general awareness of the risks are low.”

Even so, Lewis said Asian leaders are pointing to their nation-specific apps as proactive measures, aiming to be seen as doing something credible in the face of the pandemic.

Given the fear and economic cost of shutdowns, especially to the poor, he said general expectations of privacy naturally had been lowered in Asia.

“The fears are that new surveillance infrastructure is being created almost overnight with no legal or technical safeguards for the public, which will almost certainly bring long-term costs,” Lewis told Digital Privacy News.

“Trust is very important during a pandemic,” he added. “Without trust, there is no way to co-opt a large-scale behavioral change among the public.”

By most accounts, Asia’s use of surveillance, contact-tracing and data-collection has been successful in diminishing the death toll from COVID-19.

Pang and Lewis also offered examples of how technology was used to assuage public fears and anxiety.

“Asia is innovating with different ways of finding a balance between public health and privacy.”

“At least from my experience in Korea, I do not think that disease surveillance will later become justifications for expanded surveillance conducted for national security or criminal investigations.

“The reason Asia has become the ‘frontline’ of this debate,” Park added, “is exactly because Asia is innovating with different ways of finding a balance between public health and privacy.”

Friday: Any lessons for the U.S. from Asia?