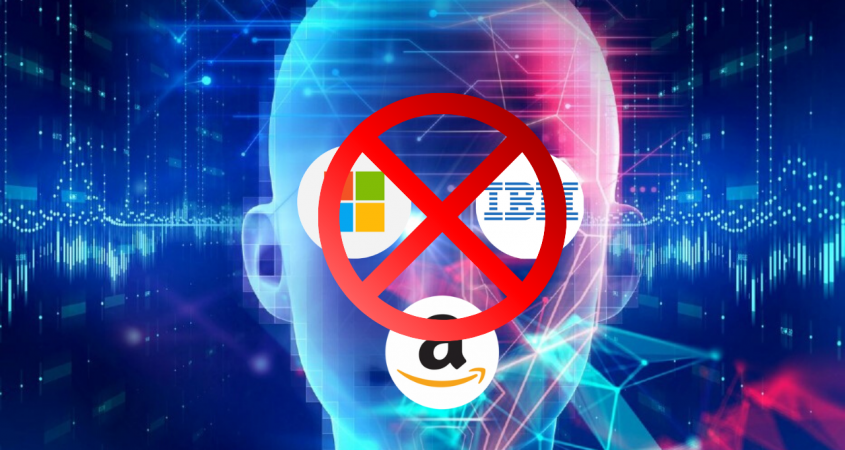 In the wake of worldwide protests over police brutality, three major technology giants have announced significant changes to their development and sale of facial-recognition technology — but privacy advocates told Digital Privacy News that the changes amounted to little more than public posturing.

The announcements began June 8, when IBM Corp. told Congress that it would stop offering general-purpose facial-recognition software, citing a desire to “help advance this nation’s pursuit of equity and justice.”

Two days later, Amazon followed, saying in a blog post that it was “implementing a one-year moratorium” on police use of its facial software.

Then, in a June 12 interview with The Washington Post, Microsoft Corp. President Brad Smith said the company would not offer facial-recognition software to U.S. police departments until federal regulation was in place.

But privacy campaigners were cautiously welcoming these changes. They told Digital Privacy News that the efforts did not go far enough, while others remained cynical about the companies’ motivations.

“Amazon and Microsoft care about one thing: making money,” said Evan Greer, deputy director at Fight for the Future in Boston. “They’re clearly seeing that it may be more profitable to distance themselves from facial recognition than to continue selling it.”

“Amazon and Microsoft care about one thing: making money.”

Digital Privacy News approached IBM, Amazon, and Microsoft for comment. Microsoft pointed to sources indicating that the company had been calling for the regulation of facial-recognition technology since at least 2018.

IBM and Amazon did not immediately respond to requests for comment.

“This is a sign of our movement’s growing power,” Greer said. “But in the end, it shouldn’t be up to individual tech companies.”

“We need Congress to do their jobs, and ban the use of this deeply invasive, racist, Orwellian surveillance technology.”

“There may very well be compelling-use cases for facial-recognition technology,” Jansen Reventlow told Digital Privacy News, “but those decisions need to be made based on a full debate.”

She called for a “thorough assessment” of the human-rights implications of the technology, with a particular focus on the “racialized and marginalized communities” most likely to be subject to it.

“Decisions (on facial-recognition use) need to be made based on a full debate.”

“The so-called ‘red lines’ on impermissible-use cases for facial recognition have not yet been drawn,” Jansen Reventlow said. “Grassroots activists within heavily surveilled communities have been calling for these red lines for years — and we should listen to them.”

Ella Jakubowska, policy and campaigns officer at European Digital Rights (EDRi) in Brussels, said too many questions remained unanswered by the tech companies in their announcements.

“… We continue to ask questions about their motivations … .”

“Whilst we welcome statements from companies that are halting their development of facial-recognition technologies, we continue to ask questions about their motivations and about what actions they are taking as a result,” she told Digital Privacy News.

“Where and by whom are these systems currently deployed?” Jakubowksa posed. “Which contracts have been or will be canceled? Which technologies or uses will be stopped — and which will continue regardless?

“Without knowing the answers to these questions,” she said, “it is hard to separate political statement from genuine, rights-based change.”