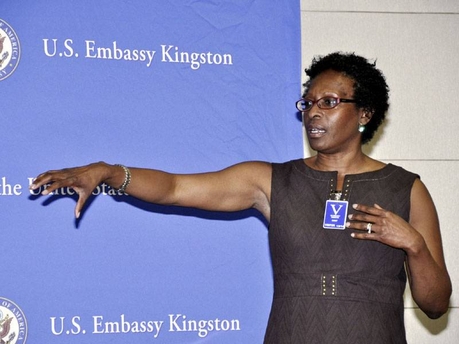 ‘See something. Say Something.’ Really, With Constant Surveillance?

The Digital Privacy News Essay is an occasional guest feature.

We’ve come to view the flip sides of surveillance, as some people await a contact-tracing app to help stem the spread of COVID-19, while others plead with photographers to delete their images taken at rallies for racial justice in the wake of George Floyd’s death in May by Minneapolis police.

The most cynical will say the protesters’ requests call for protection from the surveillance state we live in, with people fearing that facial-recognition software could help the government indict and forever track them based on images and data gleaned from rallies.

The more sanguine will counter that contact-tracing is simply a quid pro quo, part of opting into the convenience of goods and services in a surveillance society.

But who is right?

Today, everyone is grappling with how much personal privacy and public anonymity we can save from such prying eyes. That decision, however, is no longer within our grasp.

He said the United States was where the most advanced surveillance tools were being used, and current laws and regulations had evolved to target regular people instead of post-9/11 terrorists.

But those most at risk are marginalized: LGBTQ folks, Blacks, brown folks. These communities know about being constantly watched, because they are not trusted.

That all adds up to living in surveillance state, said Mitchell, a founder of CryptoHarlem, which holds free public workshops on privacy and digital security.

“That’s what we’ve been for a long time,” he told Digital Privacy News. “And if you’re part of a marginalized group, you’ve been there for even longer.”

He’s not the only one who feels that way.

The Pew Research Center found last year that most people believed they were being tracked, online and off. Sixty-two percent said going through life without having their data collected by companies was impossible, while 63% said that also was true of government.

But state surveillance is not as coordinated as it may seem, said Kathleen M. Carley, a professor of societal computing at Carnegie Mellon University.

“We don’t have a uniform policy across our government,” she said. “If I were in Europe, I would have an intelligence agency — and it would be the one that would get all the information.

U.S. surveillance policies are not “well organized and coordinated … . You’d have much more surveillance than you do because it’s not.”

“But in the U.S.,” Carley continued, “it’s not well organized and coordinated … . You’d have much more surveillance than you do because it’s not.”

“Are we close to becoming a state of surveillance?” asked Goel, a professor at the School of Business at Howard University. “It depends on how much we willingly let our information be watched, logged and tracked.

Consider, for example, how our comings and goings are being tracked 24/7: Alexa wakes us up for a yoga class; Google searches; we use Fitbit to get in our 10,000 steps; our car’s GPS guides us to our destinations; we drive through ATMs to get quick cash, and we use ParkMobile to locate downtown parking spots.

There also are more sinister criminal risk-assessment algorithms that inform judges of our propensity to commit crimes and our mobile devices’ persistent monitoring.

Protesters and activists recently demanding to “defund the police,” however, are specifically targeting such surveillance technology as racist and as violating civil rights.

But whose interests are served?

According to the U.K.-based nonprofit, Surveillance Studies Network, most of us will not benefit from all this monitoring.

“Surveillance fosters suspicion in those who wield it,” according to the network’s website. “It focuses on correcting the negative — and it gives a message to those who are watched that they are not trusted to behave in the appropriate manner.”

Are we living in a surveillance state? Yes. Can it be trusted to keep us safe and secure? Probably not.

Ingrid Sturgis is assistant chair and an associate professor in the Department of Media, Journalism and Film at Howard University in Washington. She focuses on digital media.