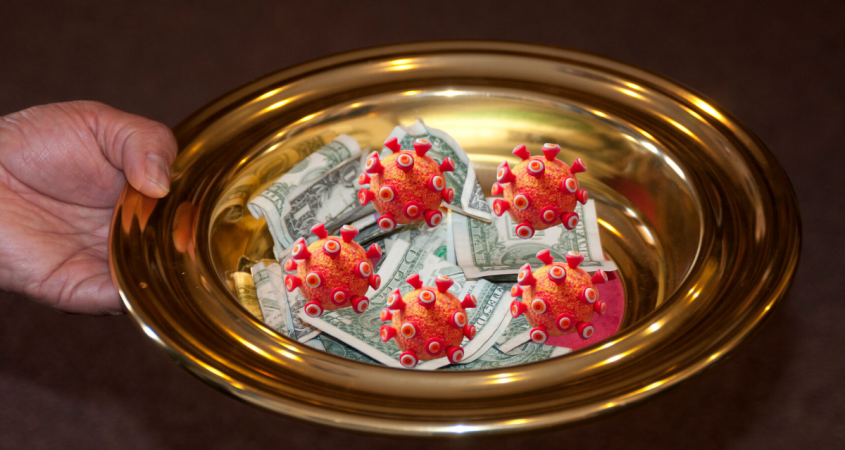 Digital giving has been heaven-sent for churches, which have been forced to pivot from on-site to online worship and community in the COVID-19 pandemic.

But in the process of shifting from cash in the collection plate to digital platforms, privacy has not always been a top consideration.

Churches are catching up as they abandon potluck privacy to the more stringent standards required by formalized digital transactions that are subject to financial regulations.

“Churches have rich information about members, from dates of birth to marriage status — information that advertisers would pay a premium to access,” Walle Mafolasire, founder of Givelify, a digital-giving platform for churches and nonprofits based in Indianapolis, told Digital Privacy News.

“But churches are champions for their people,” he added. “Pastors don’t have expertise about privacy; there’s always someone in their congregation who does.”

Mafolasire and executives at other digital church-giving apps said the COVID pandemic had accelerated a growing movement to digital giving.

Until this year, younger churchgoers were more likely to use apps, but when church community life shifted to the virtual realm in March, churches discovered a halo effect: both giving and community easily moved online.

“Churches have rich information about members — information that advertisers would pay a premium to access.”

Regardless of platform, the pandemic has translated to manna at many houses of worship.

Church donations rose in the midst of the pandemic at nearly half — 47% — the nation’s churches, according to a May survey by the Evangelical Council for Financial Accountability in Winchester, Va.

The generosity appeared to be driven by one-time gifts, apparently in response to the societal and economic damage of the pandemic, the council reported.

Though houses of worship long have handled confidential information, digital platforms of all sorts are raising questions from members who have grown accustomed to investigating digital-privacy policies.

“A church might have a Divorce Care group, and a staffer might have intimate insight into people’s lives — and often that is stored in a folder in the pastor’s office or in Google Docs or emails,” Aaron Senneff, chief technology officer with Pushpay Holdings Ltd., told Digital Privacy News.

“Parishioners see these digital tools — and their first instinct is to ask the church staff, ‘Who are these people asking for my information?’”

The digital-payments platform, based in Redmond, Wash., specializes in nonprofit and church giving.

“Parishioners see these digital tools — and their first instinct is to ask the church staff, ‘Who are these people asking for my information?’

“That’s when they ask about the data-privacy issues and typically, the church hasn’t thought about it,” Senneff said.

The privately held company, with headquarters in Florence, S.C., has been providing administrative, operational and financial services to churches and nonprofits for 40 years through about 20,000 client organizations. It serves millions of consumers.

“Often, the church understands that it’s not that different from check or cash donations,” Patrick told Digital Privacy News. “Whatever protocols they have in place, they use the exact same protocol for the app.”

For instance, many churches separate financial functions, including tallying who gave how much, from pastoral functions, with the goal of insulating services from cash flow, she said.

Church apps integrate with existing bank software, all of which is covered by the same regulations that dictate privacy for credit cards and other forms of digital-funds transfer, said John Webster, risk manager for ACS.

The payment-card industry must comply with standards for protecting consumer data. They also require engaged organizations, including nonprofits, to adopt security policies and to confirm annually that they comply with regulations, he said.

Ten years ago, when Elizabeth Baptist started exploring options for digital giving, it went with ACS, thanks to an ongoing relationship with the company.

Initially, privacy wasn’t a major concern, Oliver told Digital Privacy News, other than confirming that parishioner data would not be sold to third-party vendors.

After all, he noted, church members had tolerated the dubious confidentiality of a rotating team of volunteers opening and processing check and cash donations after Sunday services.

“There’s a higher level of confidence of protecting data through digital.”

As the digital platform grew more sophisticated, members worried about the mechanics of giving: They preferred to initiate donations via a text to the church system, rather than respond to a request, which easily could be confused with fraudulent messages, Oliver said.

“When you use volunteers, you have confidentiality issues,” he said. “There’s a higher level of confidence of protecting data through digital.”

Joanne Cleaver is a business writer based in Charlotte, N.C.