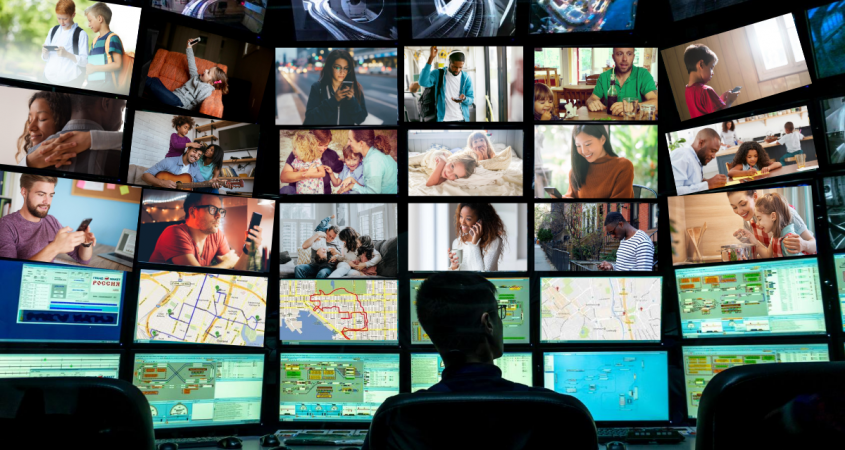 More advocacy groups are suing law-enforcement agencies to get more information about their surveillance use of cell-site simulator technology.

The California-based Oakland Privacy citizens group in June accused the City of Vallejo of allegedly breaking the state’s privacy law in allowing its police department to spend $766,018 for a cell-site simulator device, also known as Stingrays.

The group’s court action noted that the city should have first approved a usage policy in a public setting — and that the posted policy on the city’s website just days after the purchase violated state requirements for getting a warrant prior to the device’s use.

“If we prevail, I hope it’ll set a good precedent,” Michael Katz-Lacabe, Oakland Privacy’s research director, told Digital Privacy News. “I see this as a warning shot to cities to take implementation of their policies that are complying with state law very seriously.”

“I see this as a warning shot to cities.”

Katz-Lacabe said Vallejo was violating a recently passed state law requiring localities to implement a usage policy that was accessible to the public — along with specifics on how the device was used, which officers could use it, how long any data gathered from the Stingray was stored and when it would be destroyed.

He told Digital Privacy News: “The California state law that regulates the use of cell-site simulators specifically requires that before this tech can be acquired that there be a compliant policy that was noticed at a public hearing to give the public an opportunity to know about it and have input on the policy.”

According to the Electronic Frontier Foundation (EFF), cell-site simulators, also known as international mobile subscriber identity-catchers (IMSI catchers), trick cell phones into connecting to the device instead of a cell tower.

In duping the phones, the simulators extract user locations, intercept texts or calls — even wiretap phones.

But not only are municipal police departments using these devices.

The American Civil Liberties Union in May obtained more than a thousand pages on Stingray use by U.S. Immigration and Customs Enforcement (ICE) through a Freedom of Information Act (FOIA) request from 2017 and through successful litigation in December that forced the agency to comply with releasing the records.

“It’s deeply disturbing to anyone who values freedom.”

According to the ICE data, the agency used Stingrays at least 466 times between 2017 and last year — even upgrading to the latest model, the Crossbow.

The records also showed that ICE used the devices to arrest individuals and gather evidence relating to criminal cases.

“Right now, we’re seeing a lot of calls to defund or disband the police — and that’s because of decades of serious police overreach in terms of violence and surveillance, and this is just one aspect.”

ICE officials declined to comment, noting that the agency did not discuss law enforcement tools and techniques.

“Agencies should be more transparent about their use.”

In addition, the National ICE Council, which represents officers and agents, did not respond to requests for comment nor did the International Association of Chiefs of Police.

“Agencies should be more transparent about their use,” said Jonathan Ryan, CEO of the Texas-based Refugee and Immigrant Center for Education and Legal Services.

“If they were, it would probably expose that they’re often violating the privacy of those whom they are specifically targeting, but as well as people who associate with them.”

While the ACLU has found evidence of 75 agencies in 27 states and Washington, D.C., using Stingrays, little remains known about the technology.

The secrecy, experts told Digital Privacy News, appeared to stem from nondisclosure agreements between the device users and the companies supplying them.

“The government’s use of cell-site simulator technology has long been shrouded in secrecy, increasingly so over the last handful of years,” Alexia Ramirez, of the ACLU’s Speech, Privacy and Technology Project, told Digital Privacy News.

“But different organizations have been successful in starting to request records from various law-enforcement agencies, so we’re beginning to learn more about the technology.”

C. Justin Brown, a Baltimore attorney who has been involved in Stingray-related cases, said the companies making the technology most likely required authorities to sign the secrecy accords.

“Law-enforcement agencies use Stingrays all the time,” Brown told Digital Privacy News. “A lot of the time, they’re not forthcoming about it — so it’s hard to know for sure how they’re using it and when they’re using it.”

Even though the FOIA request from the ACLU garnered hundreds of pages of ICE records, questions remain about how the agency used the technology.

The records, with some pages completely redacted, offer little insight into how ICE is using Stingrays: Are they simply locating people, for instance, or tapping into their phones?

“The government’s use of cell-site simulator technology has long been shrouded in secrecy.”

“There’s still a lot of open questions and many concerns about how ICE and other law-enforcement agencies are using this technology,” the ACLU’s Ramirez said.

“From the records we received, we learned that ICE does require agents to get a warrant, but we still don’t know what the agency deems as exigent or exceptional circumstances — so understanding a bit more about when ICE might not get a warrant is also important.”

EFF’s Quintin also offered another reason for the silence by law enforcement.

“Police departments want to hide their toys,” he said. “Public scrutiny would mean that they would have to explain what they’re doing and how it works — and the public might ask them to step back from using it.”

As the use of cell-site simulators grow, many states and municipalities are ruling against using the devices or requiring warrants beforehand.

Among the states now requiring warrants are California, Washington, Virginia, Minnesota and Utah. A court in the District of Columbia also has stipulated that police must obtain warrants to use Stingrays.

“Law-enforcement agencies use Stingrays all the time. “A lot of the time, they’re not forthcoming about it.”

Still, some privacy advocates expressed fears about “rubber-stamp judges” who indiscriminately grant warrants or how authorities decide when to use the devices.

“If ICE agents don’t feel like they have to abide by the same rules as everyone else, then there’s a great risk they’re going to take advantage of this.”