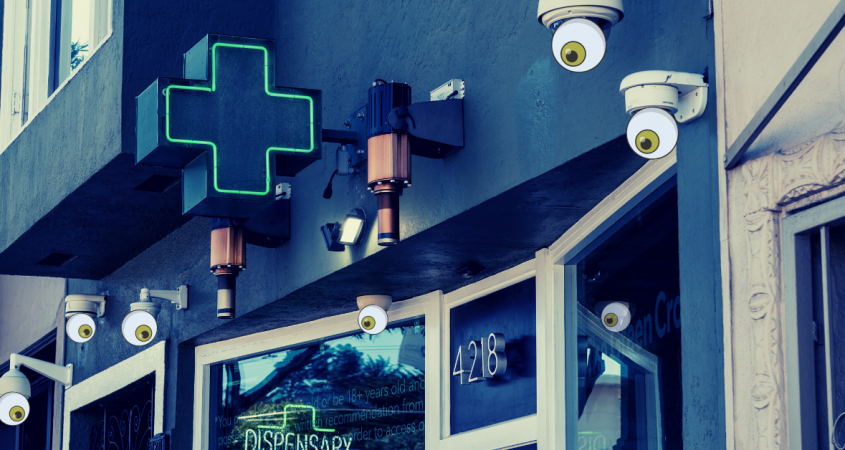 By comparison, the entire U.S. market for organic fruits and vegetables was $5.8 billion last year.

Cannabis has been decriminalized in 27 U.S. states — and adult-use recreational marijuana is available for purchase in 12 of them.

Both recreational cannabis users and medical marijuana customers must provide a government-issued identification card to prove they are at least 21 or have a prescription to access dispensaries.

“There is a lot of data collected in cannabis policy.”

The collection, storage and security of that data raises many privacy and security concerns, cannabis industry and data-privacy experts tell Digital Privacy News.

“There is a lot of data collected in cannabis policy,” said Lewis Koski, chief operating officer of Metrc, a cannabis track-and-trace system based in Lakeland, Fla. Metrc is deployed in 13 states and the District of Columbia.

“Government is tasked with strictly enforcing laws and regulations — and to monitor that efficiently, industry participants report certain data points to make sure licensees and others adhere to all the requirements,” he said.

Dispensaries and the production facilities that supply them provide vast amounts of data about their operations to Metrc and other companies to ensure they adhere to government reporting regulations.

Consumers, meanwhile, provide an equally large amount of personally identifiable information every time they enter a dispensary to buy pot.

That data includes customer or patient names, dates of birth, addresses, driver’s license or medical ID card numbers and signatures. Other information could include cellphone numbers and email addresses, if customers sign up for dispensary loyalty-rewards programs.

Collection of the information varies by state.

Illinois, for instance, bars dispensaries from storing any personally identifiable information. Other states, including Colorado and Ohio, house the data on third-party software platforms that are used to track and manage inventory or for retail point-of-sale operations.

That data, however, has been breached several times in recent years.

Protecting client data is as paramount as safeguarding consumer information at point of sale, said Artem Pasyechnyk, co-founder and chief technology officer of Canix. The San Francisco company makes software for businesses across the cannabis supply chain to track products from seed to sale.

“You don’t want other customers seeing how much you are making, your top customers, top strains and inventory.”

“You don’t want other customers seeing how much you are making, your top customers, top strains and inventory,” Pasyechnyk said. “That is not fair.”

Security measures are woven throughout Canix’s data stack, he added.

“In general, misconfigured buckets are quite common, said Lisa Taylor, a researcher at vpnMentor’s research lab. “We find two or three leaks per month that are exposing critical data — and we can expect more and more of these happening until legislation catches up with technology.”

Messages to multiple email addresses listed on THSuite’s site were returned as undeliverable. The company is based in Illinois.

But THSuite was not the only industry data breach.

The State of Nevada in 2016 leaked the personal data of more than 11,000 people who applied to open or work at cannabis establishments throughout the state. Three years later, a Canadian cannabis company exposed electronic medical records of more than 34,000 customers.

Oftentimes, cannabis retailers fail to properly invest in cybersecurity measures as a core tenet of their business model, Experian, the consumer-credit reporting agency, wrote in its data breach forecast for this year.

“Even the orientation of the screens … has to be positioned, secured, managed and monitored.”

The company works with dispensaries, production and cultivation facilities.

“Even the orientation of the screens and how they may be gleaned from the public has to be positioned, secured, managed and monitored,” Harmon said.

“Wireless, digital signage, printers — and how people interact with the public are all paramount when deploying a dispensary.

“All point-of-sale machines should have endpoint protection, encryption, encrypted backups and true network segmentation to prevent any data leakage,” he said.

Data must be well encrypted and access screened through multi-factor authentication, she said. Failure to enact these protocols could have wide-ranging effects for cannabis users, Taylor added.

“Patients whose personal information was leaked may face negative consequences, both personally and professionally,” she said. “Many workplaces have specific policies prohibiting cannabis use.

“Customers and patients may face hardships at work due cannabis use being exposed — and some could lose their jobs if they work for a federal agency.”

Customers who want greater privacy of their data should ask these questions of dispensary owners or managers before submitting their ID, said Metrc’s Lewis Koski:

“We strongly encourage licensees to ask the right questions and check to make sure those parties have multiple references,” he told Digital Privacy News. “Do due diligence, and make sure those companies don’t have a history of data breaches or litigation.

“Consumers should have a high level of comfort that the personal information they have to provide at those locations is going to be protected,” he said.

Lisa Taylor, a researcher at vpnMentor, agreed that dispensary owners should properly vet all third-party providers to ensure consumer data was properly safeguarded.

Consumers, meanwhile, should refrain from oversharing data, since it’s being handled by others.

“It is important to always share the minimum-required data with companies,” Taylor told Digital Privacy News, “and we suggest asking what they need this information for before giving it away.”