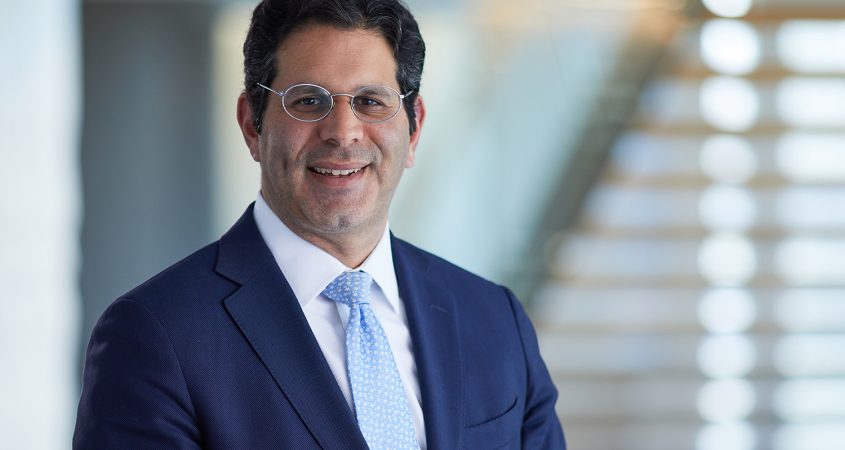 After roughly half of Americans’ Social Security numbers were compromised in the 2017 Equifax breach, Jeremy Grant, founder of the industry group, the Better Identity Coalition, proposed a way to stop identity theft.

Instead, government agencies, such as state motor-vehicle departments or the Social Security Administration, could confirm a person’s identity — at the individual’s request.

Q: How, practically, would something like what the Better Identity Coalition is proposing work? If it’s done at “the individual’s request,” how would agencies have that information to start with?

The Better Identity Coalition’s policy blueprint, published in July 2018, said we need to stop thinking about the Social Security number (SSN) as one thing, because it’s both an identifier and it’s an authenticator.

As an identifier, the SSN is very helpful in that every society needs identifiers.

The real place we’ve gone south is using the SSN as an authenticator.

The idea that, if you call your bank and they ask for the last four digits of your SSN — and that’s somehow a secret that nobody has — when the reality is the only logical answer is when somebody asks you for the last four of your “social” these days, point out that don’t you realize the Russians, the Chinese and about 47 well-organized criminal gangs have that number.

The main point we were making is identifiers don’t have to be secrets. But authenticators are useless if they’re not secrets.

We need to stop building systems that pretend that the SSN is a secret. Because identifiers don’t need to be a secret. It’s OK to keep using the SSN.

What about those individuals who don’t want to give agencies permission to ID them that way?

There’s always going to be people who don’t want to do it that way. The answer is to go through the old-fashioned channels.

This is about giving people more choices, as opposed to establishing requirements so it wouldn’t be required. People would be able to decide whether or not to do it this way.

What does your group hope to achieve by giving consumers control over their own personal identifying information?

Our goal was to try to reimagine the role of government in digital identity.

We are looking to take all of the potential concerns and turn them around with some innovative approaches so that they would be benefits.

Everything is being rooted in consumer consent.

Other countries have implemented digital-identity systems, where everything is mandatory all the time. In some places, that may work just fine — given the values or expectations of that country’s citizenry.

That’s not the kind of thing that’s going to fly in the U.S., so we need to take a bit of a different approach here.

Why not create a new single authenticator that would replace SSNs?

Authenticators have to be secret. If an authenticator is not secret, then it’s basically useless.

Where we’ve gone wrong with the SSN is this idea that we’ve been telling people for dozens of years that your SSN is a secret, but you have to give it out eight or 10 times a year.

That’s been completely contradictory. It’s never made sense that you’d have a number that’s supposed to be secret but that you have to share with so many people.

The SNN is useless as an authenticator.

There’s no benefit to replacing the SSN — and it would cost a lot.

You would basically spend tens of billions of dollars, confuse hundreds of millions of Americans — but the new identifier would be the same thing as the old one, in terms of it being a number that would be universally used to figure out which Lisa is which.

We would end up in the same place that we did with the SSN.

What are the privacy dangers of creating something new like this? SSNs are stolen all the time. How would your system guard against this and protect privacy?

If we were talking about setting up some sort of system where government agencies were just selling access to their data and charging for it without your consent or involvement, that would clearly be a disaster from a privacy and the security standpoint.

We’re not talking about that. Everything needs to be rooted in a request or explicit consumer consent.

There will be a specific screen with language in any online credit application that you’ll have to go through in order to authorize the inquiry.

How would someone without a driver’s license confirm his or her identity?

There is a huge issue, particularly with folks at the margins of society, who aren’t able to get an ID these days.

Let’s say you flee home because of a domestic-abuse situation — and your birth certificate and Social Security card are in the home of the abuser.

Let’s say you’ve been in and out of homelessness or you were evicted, and those documents were left behind in a cardboard box. Or, you just got out of prison and don’t have anything.

All sorts of people have real challenges in terms of restarting their identity history.

The coalition has talked about working with Congress on legislation. One of the things we called for in our paper is to make grants to help transform the DMV (motor-vehicle department) into being digital identity providers.

We’ve called for a portion of those grants to be reserved to support state programs that would help people in these situations.

Lisa Rabasca Roepe is a writer in Arlington, Va.