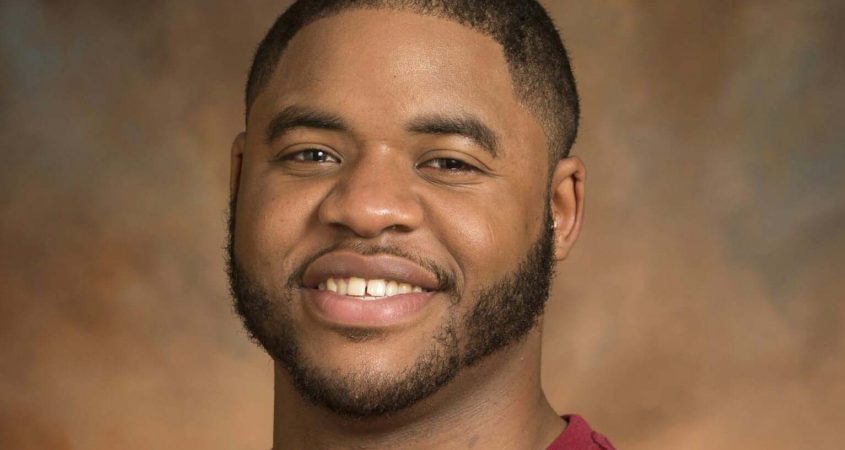 “We never asked for it,” Fabian Rogers says of face technology in the Brooklyn, N.Y., apartment complex where he lives.

In the fall of 2018, Fabian Rogers and his fellow tenants in the Atlantic Plaza Towers apartment complex in Brooklyn learned their landlord wanted to install a facial-recognition system for the locks in the building.

“We never asked for it,” Rogers told Digital Privacy News.

Rogers, 25, a community advocate who has lived at Atlantic Plaza since he was 10, said the tenants already felt like they were being constantly watched.

The Nelson Management Group, which owned and operated the complex since 2007, had installed surveillance cameras “in almost every nook and cranny of the building,” he said.

But the latest proposed security measure, in particular, raised alarms. Tenants had all kinds of questions about the facial-recognition technology, Rogers said.

Who would have access to the database with stored face scans? What would happen if the police were called to the complex? Could the system be compromised?

StoneLock, the company Nelson Management hired to install the facial-recognition system, did not respond to a request for comment from Digital Privacy News.

In November 2019, after Rogers and other tenants spoke to the press and organized a town hall meeting with elected officials, Nelson Management announced it would not pursue the plan.

A Nelson Management representative declined to comment to Digital Privacy News beyond saying that company subsequently had not applied to a state agency to implement the technology at any of its other 14 New York City buildings.

However, no laws exist yet to prevent other landlords in the city or the rest of New York State from installing a facial-recognition system or other smart devices without tenants’ consent, Rogers told Digital Privacy News.

“We still aren’t protected,” he said.

Other apartment-dwellers in New York City and around the country are finding themselves in the same situation, as more companies are turning multifamily housing complexes into smart buildings.

Technology installed in these complexes include not only facial recognition, but locks and thermostats that tenants can operate remotely through smartphones.

Legislation has been introduced on the city, state and national levels to protect tenants from the privacy risks these innovations pose, but none have passed yet.

New York State Assemblywoman Linda Rosenthal, D-Manhattan, whose district includes parts of the city’s Upper West Side and Hell’s Kitchen, introduced one such bill more than a year ago.

Her proposal would limit how smart-home companies used personal data and would require landlords to provide keys so tenants could opt out of using smart locks.

“People are becoming more and more aware about who is tracking them.”

Rosenthal told Digital Privacy News that this year’s state Assembly session was disrupted by the COVID-19 pandemic, but that she hoped the bill would gain some traction soon.

Although some tenants welcome the convenience of smart-home features, others bitterly oppose them because of privacy concerns, according to Rosenthal.

“People are becoming more and more aware about who is tracking them,” she said.

Her bill resulted from complaints from tenants in a Hell’s Kitchen apartment complex, where a keyless entry system was installed for the lobby in September 2018.

The smart locks were made by Latchable Inc.

A 93-year-old resident who is visually impaired and does not use a smartphone couldn’t enter the building through the lobby, where the elevator is located, Rosenthal said.

He could only get into the complex through a door to a stairwell. He had to climb three flights to get to his apartment.

Other tenants worried about their movements possibly being tracked through the app they were asked to download.

Cecilia Strong, marketing director for Latchable, told Digital Privacy News that the company did not use the app to track users’ GPS.

A group of tenants in the Hell’s Kitchen complex sued in New York Housing Court in October 2018 for metal keys to enter the building through the main lobby entrance.

One tenant told The New York Times in March 2019 that she believed the building owner was trying to drive out longtime residents to raise the rent.

However, Lisa Gallaudet, an attorney for the landlord, countered to the Times that the company had installed the smart-lock system after a recent burglary at the building.

An out-of-court settlement was reached in May 2019, and the tenants who wanted keys got them.

Latchable was not a defendant in the lawsuit.

Michael Barrett, who joined Latchable as chief information security officer a year ago, told Digital Privacy News that he believed the lawsuit arose from “a simple misunderstanding.”

Residents did not need to download the app to access the lobby, he said, because the door could be unlocked by entering a numerical code on a keypad.

Last year, a bill was introduced in New York City Council to require building owners to register their use of facial recognition and other biometric surveillance with the city for a central database of properties using the technology.

The Real Estate Board of New York City has objected to the bill, arguing the proposed database could pose security risks for property owners and tenants, as it would be attractive to hackers.

Clarke, who was first elected to the House in 2006, was one of the elected officials the Atlantic Plaza residents spoke to in 2019 when they tried to keep face recognition out of the complex.

Rogers, one of the few young-adult residents of Atlantic Plaza, said tenants had no inkling of Nelson Management’s plan to install the tech until they received a survey from the state Division of Housing and Commercial Renewal (DHCR) seeking their opinion.

The company applied to the agency to install the face technology at Atlantic Plaza because the units are rent-stabilized.

More than 300 of the complex’s 700 residents told DHCR they did not want the technology, Rogers said.

He added that the majority of the building’s residents were African American — and he noted numerous studies that have shown facial-recognition technology to be less accurate when it comes to Black and brown skin tones.

In a 2018 test by the American Civil Liberties Union, Amazon’s face technology confused photos of 28 members of Congress with police mugshots.

The false matches were disproportionately of people of color, including the late civil-rights icon Rep. John Lewis, D-Ga.

Rogers said although the company never said so, he believed public pressure from the tenants worked.

Assemblywoman Rosenthal said some New York City landlords had been trying to drive out unwanted tenants for years by “monitoring their comings and goings,” sometimes even hiring others to do so.

But smart locks, she said, theoretically make intimidation and harassment far easier than before.

“It’s too much Big Brother.”

Mary Pieper is an Iowa-based writer.