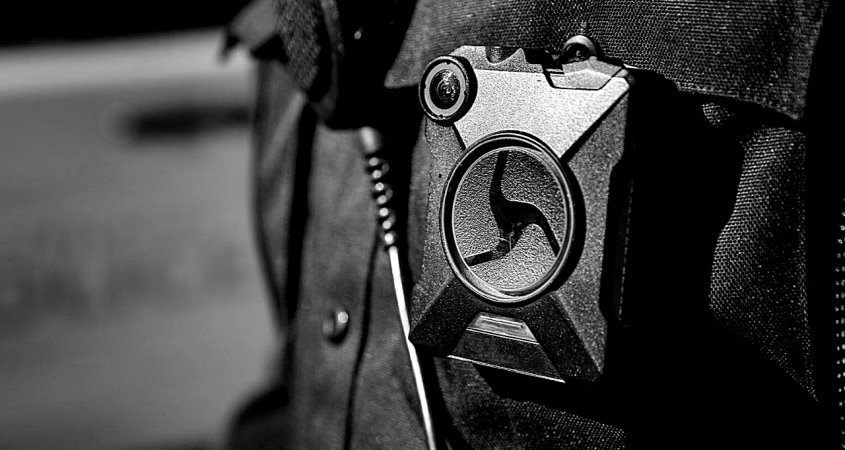 This is the age of the camera phone, where everything is recorded. But with this change in social etiquette, a new issue of digital privacy arrives.

If someone takes a video of you, for instance, do they own that footage? Also, if someone buys a used camera — and photos still are on it — who owns that digital information?

Police use body cameras regularly, capturing routine events and nearby people who may have not given consent. Their faces simply are included because of proximity.

But what happens when officers lose a camera — or one is misplaced or not properly decommissioned before it is sold?

This summer, a Twitter user, @d0tslash, purchased an older Axon body camera that had been used by the military police at Fort Huachuca in Arizona. When he opened it, he discovered a microSD card and could access all the footage — video and audio.

The camera was an Axon Body 1, the oldest generation of the current cameras in use.

The discovery raised concerns about the overall safety of personal information gathered by law enforcement on a daily basis.

Axon officials told Digital Privacy News that they were “aware of the issue and have launched an investigation looking into the matter.

“We have improved security with each iteration of our cameras,” the company said. “Our latest generation camera, Axon Body 3, offers enhanced security measures, such as storage encryption, to protect video from being retrieved from lost or improperly disposed cameras.”

The time-stamped footage confirmed that the data was from 2015, early in the adoption of body cameras.

It was unclear who put the camera up for auction, and neither the seller nor Fort Huachuca officials responded to requests for comment.

“It’s the same thing over and over again.”

“This is the first time I remember seeing the exact pattern with body cameras — however, it’s the same thing over and over again,” said Adam Scott Wandt, vice chair for technology in the department of public management at the John Jay College of Criminal Justice.

“A police department gets rid of a copier machine and sells the copier machine,” he posed. “Someone takes the hard drive out — and there are records involving narcotics informants and undercover officers.

“It should be easier to get rid of your electronics by wiping data off of it,” Wandt added. “And, certainly, those body cams should never have been sold with the SD cards inside — but this is nothing new.”

The situation raises many questions. Why, for instance, was the body camera on sale in the first place?

The Twitter user, @d0tslash, purchased the Axon Body 1 on eBay — and another tweeter, @dj_ir0ngruve, since has purchased SD cards that contained police video from OfferUp.

In both instances, none of the data was encrypted, and the purchasers could extract and view video files.

It is not illegal to sell old police equipment — and selling body cameras and SD cards online is not prohibited by law. But is it legal to reproduce the data?

“There are laws in different states and on the federal level against the unlawful duplication of data,” Wandt told Digital Privacy News. “If there is a police video, or some sort of video, you have no legal right to duplicate it — and if you do duplicate it, the act of duplication itself may be a crime.”

So, is there an underground market for such items and the data in them?

“I would be surprised if there was much money being made off of the footage of routine police interactions,” said Bryce Peterson, principal research associate in the Urban Institute’s Justice Policy Center. “People can request footage — and it has to be given up.”

Wandt concurred regarding a true “black market” for such items but added: “We live in a society where a significant percentage of our population sits down and watches reality TV and watches police television shows for hours upon days.

“Realistically, there will always be at least two or three types of markets for this type of material,” he continued. “There will be researchers who want to obtain it for research purposes.

The National Institute of Justice (NIJ), the research, development and evaluation agency of the U.S. Justice Department, says on its website that the goal of using body cameras is to “result in better transparency and accountability and thus may improve law-enforcement legitimacy.”

“People can request footage — and it has to be given.”

The biggest push for national usage of police body cams was in 2013, a year after the NIJ released a report saying that body-worn cameras (BWCs) would enhance police accountability.

In the Fort Huachuca case, the sold camera with the data was from this early wave of body-camera legislation and compliance, experts told Digital Privacy News.

“Accountability for law enforcement is absolutely critical,” John Jay’s Wandt said. “They’re still a new technology, overall, that are maturing — and it will be interesting to see how this technology matures.”

Urban Institute’s Peterson said: “This was early in the days of body-camera adoption.

“I’m not aware of departments having policies in place about how to properly decommission their cameras,” he added. “I think it is more of an oversight in policy than a human error.”

No National Law on Body Cams

“Privacy rights of the public are a primary concern. (Body-worn cameras) have the potential to impinge on community members’ expectation of privacy.”

— Bureau of Justice Assistance, part of the U.S. Justice Department.

Currently, the nation has no overarching policy for using body cameras or disposing of its data. The matters are locally handled.

In June, the Constitution Project Committee on Policing Reforms released a report that suggested protocols for the use of the cameras.

The document also gave ideas on storage and accessibility policies, including “effective audit systems (that) should exist to prevent improper access or tampering.”

It also suggested that police departments should have a proper chain of command to properly maintain and store data.

“I think the best way to move forward,” the Urban Institute’s Bryce Peterson told Digital Privacy News, “is to shore-up policy and then enforce compliance.

“Have a specific policy in place when a camera breaks or when you are going to pull them out and replace them with newer cameras — and then make sure that is followed.”

Jason Collins is a writer in Las Vegas.