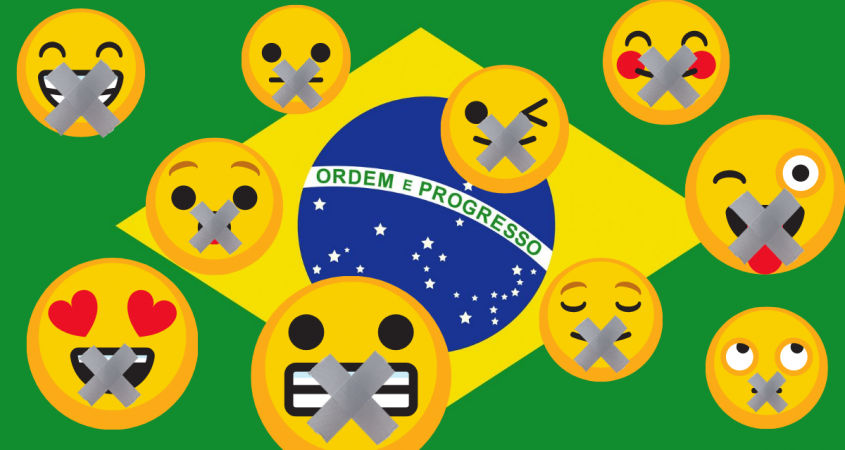 Brazilian senators have passed a bill that bars what the government considers “fake news” — and privacy advocates worldwide have bitterly attacked the legislation as threatening freedom of expression and the right to privacy.

“This measure will target every viral sharing as suspect and will potentially endanger users that forward content for different reasons,” Thiago Oliva and Nathalie Fragoso, heads of research at InternetLab, an independent research center in Brazil, told Digital Privacy News in a joint statement.

“The risk is also present that social movements and activists end up being targeted if a court requests the data associated with their messages,” they continued. “The bill does not limit data requests to cases of evident intention to fraud or disinform.

“The current drafting could be interpreted in ways that require the messaging apps to retain data from all conversations, given that any message can become viral after being sent and forwarded,” they said.

But supporters say the legislation would bring forth more transparency and accountability among social-media organizations.

Approved by a 44-32 vote by the Brazilian Senate on June 30, the Internet Freedom, Responsibility and Transparency Act moves to the lower house of the Brazilian National Congress, the Chamber of Deputies, where a vote has not yet been scheduled.

“This measure will target every viral sharing as suspect and will potentially endanger users.”

The legislation would then move to Brazilian President Jair Bolsonaro’s desk for his signature or veto. He said July 2 in a Facebook Live video that he would “veto the bill’s current version if it reached his desk,” as he supported “total freedom of the media.”

What the Bill Would Do

The legislation would require messaging services to store chains of forwarded messages for at least four months, regardless of the intent or sensitivity of the shared data. It also would levy hefty fines on individuals creating and sharing “manipulated” content that ridicules electoral candidates.

The legislation also came under fire by the Brazilian Association of Investigative Journalism in São Paulo, which “attempted to delay the proceedings, but without much success,” according to news reports.

Lobbying has been intense on both sides.

Senate President Davi Alcolumbre, of the center-right Democratas party, said the bill would “guarantee social-media transparency” and “rein in the dissemination of fake news.”

He even took to Twitter, urging Brazilians to “recognize that freedom of expression cannot be confused with aggression, violence or threat.”

The bill will “rein in the dissemination of fake news.”

“The draft represents a milestone in identifying and preventing harmful and criminal lies on the Internet,” he told Bloomberg News in June. “Brazil is losing the battle against fake news and needs this law.”

The Senate has not yet released further specifics on the vote. The chamber has 81 members, though 76 participated.

This past May 13, “Lei das Fake News” was first proposed — aiming at “curbing the dissemination of false information.”

Privacy advocates immediately pounced, calling it a rushed piece of legislation that would have worsened the situation because very little time had been allowed for thoughtful debate before the following month’s vote.

“The bill was fast-tracked and written in a clumsy way — mixing a lot of important and sensitive topics, ranging from content moderation to provisions that seriously undermine privacy, innovation and free expression,” Katitza Rodriguez, international rights director of the Electronic Frontier Foundation in San Francisco, told Digital Privacy News.

“This bill is a mix of everything in one single bill about ‘fake news’ — but it doesn’t even define what ‘fake news’ is.”

“Compared to other legislative drafting processes in Brazil that invested time to solve complicated topics in a multi-stakeholder environment, the drafting of this bill is a mix of everything in one single bill about ‘fake news’ — but it doesn’t even define what ‘fake news’ is,” she said.

“Deliberate disinformation poses its own serious risk to democracy — and that risk has become apparent in Brazil,” she said.

“However, fast-tracking a disjointed piece of legislation, full of last-minute changes via a process that has lacked transparency and necessary consultation with experts and local digital-rights groups, is not the right way to address the threat of disinformation.”

The draft eventually voted on by senators was released five days before the vote, with four amendments. The version also had other problematic provisions, experts told Digital Privacy News.

“The traceability provision is a ‘tech mandate’ that compels private-messaging apps to change their privacy-by-design platform to weaken its security and privacy protections,” EFF’s Rodriguez said. “This will affect millions of innocent individuals and may create a domino effect of potential bills in other countries.”

“It also forces those companies to provide remote access to their user databases and logs to their staff in Brazil, so the local employees can be directly forced to turn them over.

“This undermines user security and privacy,” Rodriguez continued. “It increases the number of employees and devices that can access sensitive data and reduces the company’s ability to control vulnerabilities and unauthorized access.”

However, Rodrigo Alves Correia, a researcher in Brazil on the country’s foreign policy, told Digital Privacy News that the bill “could push social-media platforms to work hard to combat the spread of fake news.”

“Legislation cannot be confused with censorship,” he said, adding that freedom of speech “should not be used to justify criminal practices committed online.”

Meanwhile, CPJ’s Southwick warned that if the current draft became law, it would pose significant issues for journalists and social-media users.

“We’ve seen for years now that Brazilian journalists reporting on sensitive topics like corruption and police violence face extensive online and offline harassment,” she told Digital Privacy News, “and it seems short-sighted and dangerous to pass legislation that could open the door to even more surveillance of these kinds of journalists — and even their sources.”

“This ‘fake news’ bill, should it become law, is far more likely to be perverted and transformed into a tool for censorship.”

Arick Wierson, a former senior political aide to New York Mayor Michael Bloomberg who served on Bolsonaro’s 2018 presidential campaign, said: “Brazilians love to try to solve everything through legislation, but technology will always be one or two steps ahead of the law.

“At the end of the day, this ‘fake news’ bill in Brazil, should it become law, is far more likely to be perverted and transformed into a tool for censorship and limiting free expression than it is to be used as a shield against fake news.

“The far-more-sensible action,” Wierson told Digital Privacy News, “would be to empower and embolden news organizations to not only better police themselves but feel free to call out misinformation on social media.”