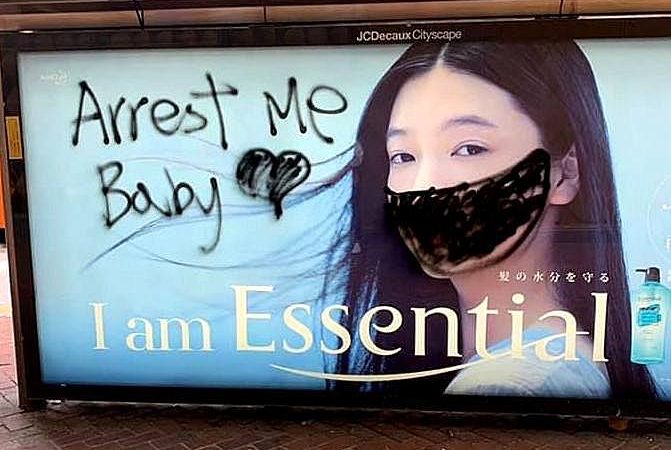 Last of a series.

China imposed a sweeping “national security law” on Hong Kong in June — threatening the personal privacy of nearly 7.6 million citizens and sending shivers throughout the global business community, including over 1,500 U.S. companies.

Mistrust in the Hong Kong government among citizens now is so strong that even the offer of a free COVID-19 test is getting precious few takers.

Why? The test is sponsored by Beijing — and many test-takers also will be doctors and medical staff from the mainland.

This creates fears that China could use the tests to collect DNA samples for surveillance purposes.

For the test, to be made available Sept. 1-15, anyone over age 6 can register online — giving their name, contact information and Hong Kong ID card number.

They also must state their preferred time and testing station, to guarantee social distancing. Some 150 swabbing stations will be opened daily, 8 a.m. to 8 p.m.

When people arrive at testing stations, their details will be checked and then they are given a barcode for their test bottle. That way, Hong Kong’s Department of Health knows each person’s identity.

Should someone test negative for coronavirus, they will receive a cellphone message; if positive, arrangements will be made for medical treatment.

Hong Kong Secretary for Food and Health Sophia Chan has said she hopes to see five million people take the one-time free test. She said in a blog that medical workers had a “moral obligation” to encourage residents to be tested.

According to China Daily, the official newspaper of the Chinese Communist Party, 50 medical professionals — from public hospitals across the border, in China’s neighboring Guangdong Province — arrived in Hong Kong last Saturday to help with testing.

But public reaction to the offer has been cool.

Angered at the lack of enthusiasm, Hong Kong’s pro-Beijing Chief Executive Carrie Lam has pulled out all stops in a coordinated effort to promote the China-paid-for assessment.

“It is a false accusation and (a) smear to say DNA samples of Hong Kong citizens would be sent to the mainland,” she told reporters last week, insisting that all samples would be destroyed after testing.

Lam further pleaded with news organizations to report on the test “objectively” and to encourage citizens to take it — the latter task normally falling to the government’s Information Services Department.

Meanwhile, the head of the city’s civil service department, Patrick Nip, also has promised those volunteering to take the virus test will have their privacy protected.

“The tests will only be carried out in the city, and neither the personal details or the specimen bottles will be sent outside the city,” Nip told reporters recently.

He added that his department would recruit 5,000 current or retired civil servants to handle administrative responsibilities.

He told China Daily on Monday that the tests were “the only way out for Hong Kong.”

Leung, now vice chairman of the Chinese People’s Political Consultative Conference National Committee, also said on his social media page Saturday that he would take the test himself.

An ardent Beijing supporter, Leung launched a website a year ago this month promising cash rewards for anyone who provided information on “wanted” anti-government protesters.

Pushback on Many Fronts

Not supporting Beijing’s testing program, however, is Dr. Ho Pak-leung, head of the University of Hong Kong’s Centre for Infection.

He told a radio program this week that he would not participate in the citywide testing because its effectiveness was low.

Ho said the Centre of Health Protection’s laboratory would expend valuable time dealing with false-positives once universal testing starts — and this would affect laboratory tests for people from higher-risk groups and those with coronavirus symptoms.

He also suggested that people should consider individual risk factors and their chances of being infected in deciding whether to get tested.

Meanwhile, the pro-democracy Apple Daily newspaper reported Monday that the mainland Chinese medical staff involved in the upcoming tests “have been exempted by the government from the requirement to register for medical laboratory work in Hong Kong.

“China’s BGI (formerly Beijing Genomics Institute) will process the samples from the citywide screening,” the report continued. “Its chemists are not registered in Hong Kong.”

Further, the Chinese-language paper disclosed that “BGI is a listed company in Shenzhen responsible for collecting and analyzing the ‘national gene bank.’”

Apple Daily also stated that last month, two companies under the BGI Group were included in the sanctions list by the U.S. Commerce Department for “suspicion of forced collection of DNA of Uyghurs and other Muslim minorities for research in order to suppress Uyghurs.”

In fact, Hong Kong has one of the lowest infections rate per population in the world: 4,631 as of Monday.

For many years, Hong Kong residents routinely have rejected China-made products because of quality issues. Citizens often have expressed fears about food safety and — especially — medicines.

The concerns continue to the present day, though they largely began in 2012, when Chinese police on the mainland arrested nearly 2,000 in a crackdown on the production and sale of fake medications.

The authorities seized products worth more than $180 million — including millions of pills made to look like well-known international medical brands.

Fake Viagra was one of the most popular products sold both on the mainland and in Hong Kong. Other confiscated medicines were created to treat high blood pressure, diabetes, skin problems and cancer.

However, the intense government push to encourage five million Hongkongers to take a medical test also raises another question among residents: Why can the Hong Kong government now easily organize mass virus testing, especially when CEO Lam insisted July 31 that the government could not allow the Sept. 6 Legislative Counsel elections to take place?

Lam cancelled the elections for a year, citing the health risks associated with COVID.