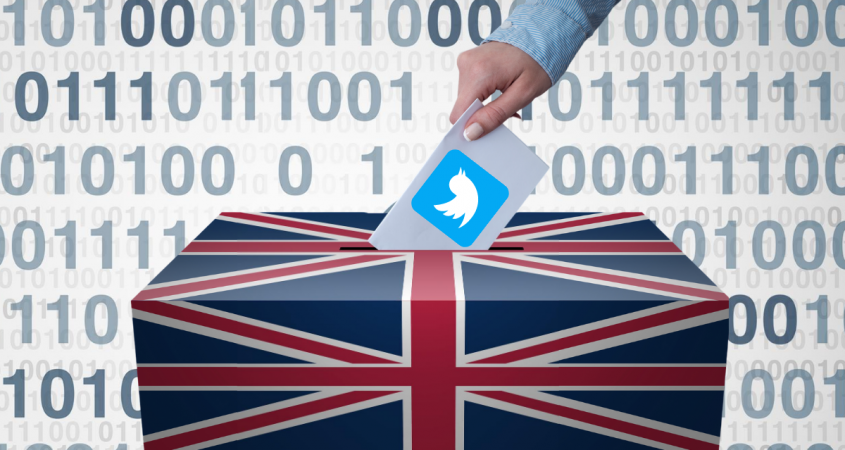 “We don’t need to slide even further into a surveillance state.”

Two senior U.K. government politicians reportedly own shares in Faculty, and the London-based firm has been linked to Dominic Cummings, the chief adviser to Prime Minister Boris Johnson. Faculty also worked with Vote Leave, a Brexit referendum campaign group that previously was directed by Cummings.

Experts told Digital Privacy News that Faculty’s actions were a form of “mass surveillance” that was open to “bias and discrimination.”

“The U.K. already has one of the most extensive and technologically sophisticated state-surveillance programs in the world,” said Jennifer Cobbe, a research associate at the University of Cambridge.

“We don’t need to slide even further into a surveillance state, where the government watches everyone’s conversations to see what they think about government policy,” she told Digital Privacy News.

Faculty did not respond to a request for comment. In an emailed statement, a spokesperson for the U.K. government said: “In April, the department identified an urgent need to bring in additional analytics support to help inform our response to the coronavirus pandemic and awarded a call-off contract to data-science provider Faculty.

“Faculty helped MHCLG (the Ministry of Housing, Communities and Local Government) to analyze data in real time, allowing the department to monitor the impact of COVID-19 on local communities and respond to emerging issues at pace,” the spokesperson said.

“We are satisfied that the service provided by Faculty was of a high standard and delivered on value for the money,” the statement added. “The contract ended on July 16, 2020.”

In response to the allegations about Faculty’s links to senior government officials, the spokesperson said in the statement: “Due to the urgent need, this contract was a direct award in line with procurement rules and guidance.”

For Cobbe and other observers, however, this state surveillance is more pernicious than many realize.

“We know that people change their behavior when they think the state is watching,” she told Digital Privacy News. “Mass surveillance, so that the government can keep tabs on whether people like their policies, is not compatible with a free and democratic society.”

“There are other ways to find out what people think about public policy — that don’t break the law and don’t undermine the norms of a free society,” Cobbe said. “Those are the kinds of things that the government should be doing, not spying on the public on a massive scale.”

“The more pressing question is whether this is an ethical and appropriate way to make policy.”

Lilian Edwards, a professor of law, innovation and society at Newcastle University, told Digital Privacy News the Faculty contract was unlikely to have been illegal.

“If the tweets have had personal details redacted — and possibly even if they hadn’t — this would not be illegal,” Edwards said. “But post-Cambridge Analytica, and particularly given Faculty’s history with Vote Leave, I think people are more sensitive.”

However, Edwards argued that the contract had other serious implications.

“The more pressing question is whether this is an ethical and appropriate way to make policy,” she said. “What does this achieve that focus groups or statistically balanced surveys do not?

“Twitter is not a demographically representative sampling machine,” Edwards told Digital Privacy News. “Such work is prone to error — and, in some cases, to bias and discrimination.”