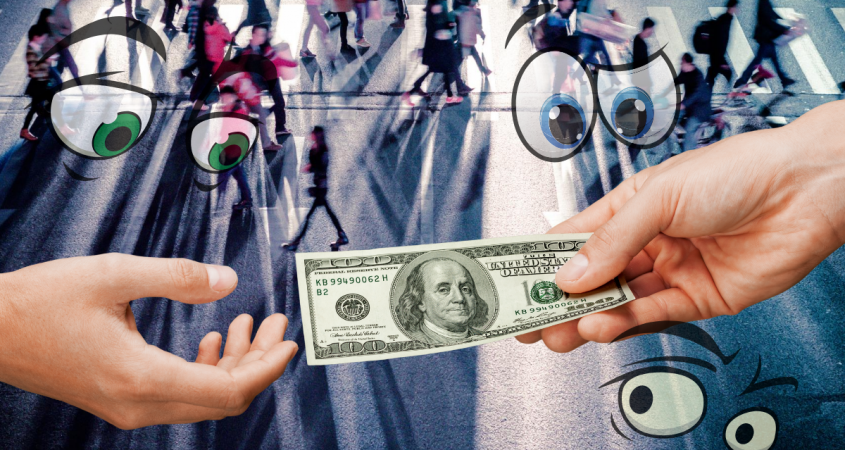 And the whole world knows about it.

“The reasons why businesses receive the PPP loan aren’t always obvious to outsiders.”

But he hadn’t counted on the loan being made public. Normally, private companies like Fuse can decide if, how and when they divulge financial information.

“It’s public money, so I understand why they publish,” Worrell said of the release last month of lists of PPP recipients. “I can’t think of anything nefarious that anybody would do with that information.

“But it does feel weird to have your name in the paper next to a money that you receive,” he said.

Privately held companies and partnerships are accustomed to keeping corporate and owners’ finances from public view.

But those that took federal emergency loans through PPP now find that the amount they claimed, along with their companies’ addresses and industry codes, are public.

The data makes it easy for business partners and the merely curious to estimate company payroll and, potentially, revenue — big clues to owners’ stakes and even their personal wealth.

“Landlords are saying: ‘What did you do with the PPP money? I know you got some.’”

The $518 billion distributed through 4.9 million loans was intended to help businesses keep their staffs through July.

But loan terms changed in subsequent rounds of legislation and application — and Congress was set to revisit the issue of rising economic straits of small businesses as it resumed sessions earlier this month.

Meanwhile, one point was settled: The public has a right to know which businesses received how much in PPP loans. That means owners of private companies have lost some financial anonymity.

A list of recipients has been released by the Small Business Administration through the Treasury Department’s website.

Owners and partners of private businesses need to brace for inquiries from lenders, vendors — even the news media — based on the PPP loan data that’s now public, said David M. Iaconis, shareholder with the BeachFleischman CPA firm in Tucson, Ariz.,

“Some businesses may need to prepare a proactive media and public-relations plan to address the circumstances surrounding their loan,” Iaconis, head of the firm’s PPP task force, told Digital Privacy News.

“The reasons why businesses receive the PPP loan aren’t always obvious to outsiders.”

And employees, customers, suppliers, vendors, investors, donors and community members might feel they have the right to ask questions about the rationale or purpose of the loan, small-business experts said.

“Partners and owners would be well advised to anticipate any concerns that their constituents may have relating to their PPP loan,” Iaconis said.

“For example: Were vendor contracts canceled, renegotiated or cut back during the PPP loan reporting period? Did your company change its pricing structure during the pandemic?

“Plan your responses accordingly,” he said.

Busybodies will likely have a field day connecting actual and imagined dots of data, said Alan S. Gassman, a partner with the Gassman, Crotty & Denicolo law firm in Clearwater, Fla.

Because the personal income of business owners and firm partners is typically entwined with enterprise revenue, Gassman said he anticipated a spate of whistleblower complaints based on speculation about personal income enriched by PPP loans.

“Do you want your competitors and neighbors to know you’ve borrowed a lot of money,” Gassman asked rhetorically, “because they can turn you in for a whistleblower fee if they think you haven’t spent the money properly?

“The benefits to public transparency of the data far outweigh the fact that some businesses might have to deal with uncomfortable questions.”

“Landlords are saying: ‘What did you do with the PPP money? I know you got some.’”

“In some cases, shareholders and employees are arguing about how to split the PPP money — and that would require revealing ongoing and past income and profit,” Gassman explained.

As discomfiting as it might be to business owners and partners who are accustomed to controlling financial information, the shifting disclosure policies with PPP loans likely are indicative of the strings attached to governmental help for the private sector, Josh Knauer, adjunct professor at Carnegie Mellon University, told Digital Privacy News.

“The data is fairly benign,” he said. “We aren’t seeing the exact applications or financial statements.

“The benefits to public transparency of the data far outweigh the fact that some businesses might have to deal with uncomfortable questions.”

“This loan exists specifically to help in a crisis,” he said. “Already there’s a tremendous amount of information that might lead taxpayers to come to the conclusion that some of the money is not being used as intended.

“We as citizens have a right to see it.”