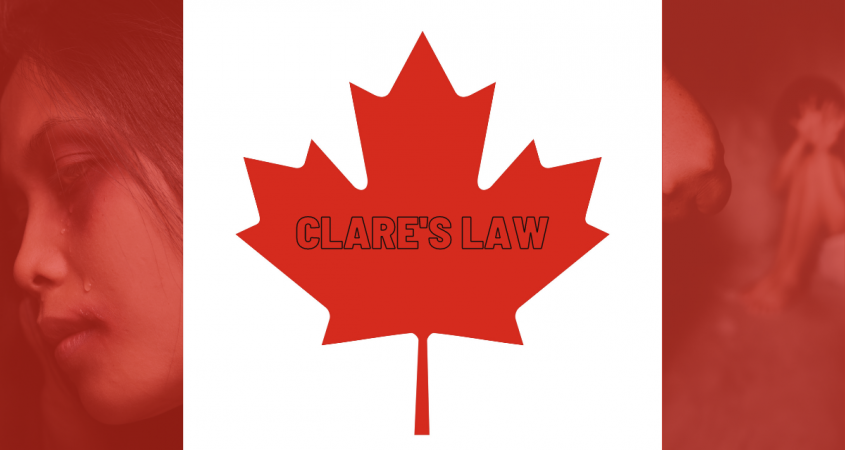 Saskatchewan has the highest rates of domestic violence per capita of all the 10 Canadian provinces — 1,066 incidents reported to police per 100,000 people in 2018, for instance — and officials recently took steps to curb such actions.

In June, Saskatchewan was the first province to enact the Interpersonal Violence Disclosure Protocol Act, also known as Clare’s Law.

“We are proud to be the first jurisdiction in Canada to enact Clare’s Law legislation and look forward to other provinces doing the same,” Don Morgan, Saskatchewan’s justice minister and attorney general, said in June announcement. “If this legislation helps protect even just one person, it’s a success.”

“If this legislation helps protect even just one person, it’s a success.”

Morgan also acknowledged that the law could hamper the police’s ability to implement the law in smaller communities in the northern part of the province.

In addition, some advocates doubted whether Clare’s Law would be effective in reducing overall domestic violence rates. They argue that victims lack sufficient resources to safely leave dangerous relationships and must deal with numerous challenges, including finding housing and protecting children.

“Clare’s Law is one tool that can be used to combat domestic violence in our community,” Melissa Coomber-Bendtsen, CEO of the YWCA in Saskatchewan’s capital city of Regina, told Digital Privacy News.

“However, it has to be part of a larger strategy in order to have a real impact,” she added. “In addition to Clare’s Law, we must work on issues of toxic masculinity, healthy relationships and victim-blaming.”

British Columbia also is trying to enact its own version of Clare’s Law, but is facing resistance.

“The law does not address the recognized core issues that lead to deaths as a result of intimate-partner violence,” Natalie Dunbar, legal analyst with the Ending Violence Association of British Columbia (EVABC), told Digital Privacy News.

Dunbar co-authored a paper for the association that argued that Clare’s Law “will not reduce harm or decrease intimate-partner violence.”

Clare’s Law is named after Clare Wood, a U.K. woman who was killed in 2009 by a partner whose history of abusive behavior was unknown.

Wood’s family lobbied for policies that would allow people to seek information from authorities on a person’s domestic violence history.

The U.K. implemented Clare’s Law in 2014, introducing the policy of right to ask and right to know. Australia has its own version of the law.

In Canada, Clare’s Law seeks to establish a legal definition of “domestic violence” in the Criminal Code of Canada and provide resources for addressing the issue.

Under the code, abusers were charged with assault, not domestic abuse.

The law created an official system of rules that established a framework and process for Saskatchewan residents to apply for information should they believe they might be at risk of domestic violence from an intimate partner.

All municipal police services also can initiate the process should they identify someone as being at risk of experiencing violence.

Authorities may reach out to a potential victim if they receive information, directly or indirectly, that might affect that person’s safety.

Clare’s Law “has to be part of a larger strategy in order to have a real impact.”

Indirect data, for instance, could come from an investigation into a criminal act, sharing with partner agencies or through police dealings with either party during routine police duties.

Once police assess the risk — low, medium or high — posed to an individual, the application information is de-identified and is reviewed by a committee composed of 10 people from three Saskatchewan agencies: Police Services, Victims Services, and the Provincial Association of Transition Houses and Services of Saskatchewan.

The results then are provided to the police agency that initially applied for disclosure of the information.

The RCMP, however, said it could not participate in Clare’s Law because the agency is bound by the federal Privacy Act. People who live in RCMP-policed communities must request information from the closest municipal force, which would then acquire data from the agency.

“Early on in the discussions and planning for the implementation of Clare’s Law,” the RCMP said in a June statement when the law was announced, “we identified to our partners that there may be some challenges with our participation because, unlike municipal police services, the RCMP is subject to federal privacy legislation.

“The RCMP is continuing to look into the matter, and considering how best it can support Clare’s Law objectives within its obligation under the federal Privacy Act,” the agency said.

“Applications will undergo a stringent review process to ensure that the disclosure of information does not violate privacy legislation,” Morgan told reporters in June.

“To help protect individual privacy, disclosures do not contain personal information,” he said. “No written correspondence about the specifics of the disclosure are sent to or left with the applicant, who must sign a confidentiality agreement before receiving the disclosure.”

“The Privacy Act does not allow someone’s personal information to be disclosed to anyone else without their consent.”

Only the severity of the conviction — as determined by its police ranking — rather than the details of the relevant convictions, will be reflected in the categorization of risk.

Noel Busse, executive director of the communications branch of the Ministry of Justice and Attorney General, told Digital Privacy News that the “government has done its due diligence and worked with the Office of the Information and Privacy Commissioner in ensuring that privacy is taken into consideration in the disclosure of information under Saskatchewan’s Clare’s Law legislation.”

Morgan’s office has asked the RCMP to review its Clare’s Law decision and has reached out to Bill Blair, Canadian minister of public safety and emergency preparedness, to address concerns regarding the federal privacy legislation.

“Generally, the Privacy Act does not allow someone’s personal information to be disclosed to anyone else without their consent,” Barbara von Tigerstrom, a professor at the University of Saskatchewan College of Law, told Digital Privacy News.

“There are, however, situations in which disclosure without consent is allowed … so it would be a question of interpretation whether they include the disclosures under Clare’s Law.”

Early on, he expressed reservations about whether too much individual information would be shared and worried that data could get into the wrong hands.

“If this legislation saves one life, then the release of minimal personal information will be justified.”

However, Kruzeniski told Digital Privacy News that he was pleased with the final protocol.

“Many of my concerns were met by the regulations,” he said. “If this legislation saves one life, then the release of minimal personal information will be justified.”

David Gargaro is a writer in Vaughan, Ontario, Canada.