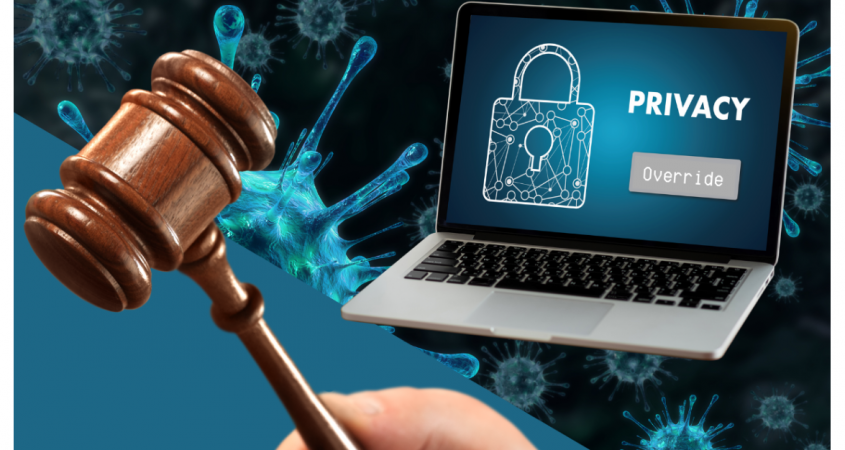 The seven-month-old COVID-19 pandemic has raised a thorny ethical issue: When is it necessary to override a person’s privacy? And is policing obstinate behavior during a pandemic ethical?

“There’s very much this tension between individual privacy and protecting the public,” Kelly Hills, a bioethicist and co-principal of the Rogue Bioethics consultancy in Lowell, Mass., told Digital Privacy News. “We’re still working out what it means to do public-health ethics.”

Americans total 4% of the world’s population but account for nearly one in four of the world’s coronavirus cases — and a little more than one in five of the deaths globally, according to the Johns Hopkins Coronavirus Resource Center.

As of Friday, the United States had more than 6.4 million COVID cases and 192,381 deaths, according to Johns Hopkins.

And as federal and state public-health officials try to curb the spread of coronavirus, ethics experts differ on how that should be done.

Some experts told Digital Privacy News that individual privacy should take a backseat to the greater good of public safety.

Recently, health officials in Rockland County, N.Y., issued subpoenas to people who had attended a party where the host had COVID. The party led to a cluster of similar cases.

Some of those who attended the party refused to cooperate with authorities. It remained unclear why they chose not to cooperate, officials told Digital Privacy News.

‘Not Absolute or Unconditional’

“We’re still working out what it means to do public-health ethics.”

“The right of privacy is not absolute or unconditional,” said the professor at the university’s Center for Ethics in Atlanta.

“Consequently, in times of pandemics and plagues and terrorism, we might have to tolerate some limitations on our privacy in order to protect the greater good.

“And, clearly, the greater good here is protecting people from the ravages of COVID,” Banja said.

Others were not as resolute.

“Historically, we do make an exception when it comes to infectious disease when there’s no other option,” Rogue Bioethics’ Hill told Digital Privacy News. “Public health needs to pursue the least-restrictive method.”

Hills cited a case in March 2003, during a growing outbreak of SARS, where public-health officials in Toronto released the names of a mother and who died of severe acute respiratory syndrome to reach others who might have been exposed.

“It was how they were able to do contact-tracing,” Hills explained.

Contract-tracing involves tracking down potential cases of people who’ve been exposed to COVID or other infectious diseases.

“There was no one to my knowledge who said that was inappropriate,” Hills said. “We haven’t really seen a lot of that.”

With the exception of the measles outbreak, subpoenas haven’t been used a lot in the public-health arena, she noted.

In 2004, state agencies in Michigan and Iowa used subpoenas to get Northwest Airlines to provide contact data about passengers and crew aboard flights that landed in their states after a passenger was found to have measles.

“Michigan was able to use subpoenas because they said the public was in imminent danger,” Hills told Digital Privacy News. “They justified the need to violate privacy in the best interest of public health.”

The Rockland County case is believed to be the first time subpoenas were issued during official efforts to track down COVID cases.

Neither contact-tracing nor subpoenas “are meant to be punitive,” Banja said. With subpoenas, “It’s a reasonable public-health measure when individuals are failing to comply.”

But Hills said she understood why some people might be hesitant to discuss or turn over personal information to authorities in such cases.

“Unfortunately, because public health has been weaponized to perpetuate bigotry, racism and other social ills, there are justifiable reasons for people to be skeptical,” she said.

“For a lot of people, there’s no real difference between public-health officials and other officials,” Hills added. “There’s not been the best history on this front, switching from measles to AIDS.”

She also cited a case in Missouri 30 years ago, where officials wanted to compare their AIDS registry with a list of public-school teachers. The Centers for Disease Control and Prevention warned that such use was inconsistent with the cooperative agreement governing surveillance data, according to public-health reports.

“The right of privacy is not absolute or unconditional.”

“Many have justifiable reasons to have skepticism about the officials.”

In the Rockland case, Hills observed: “It’s very hard to unilaterally say these people are wrong for not wanting to give their personal information to health authorities.

“We don’t know who these people are or their history with the public-health establishment.

“I hope (the subpoena) was a method of last resort,” Hills said. “It would be very disappointing if it was not.

“I hope public health tried to bring in mediators to try to find out why the people did not want to give that information.”

The debate between individual privacy and public health “has been an issue for a very long time,” Hills noted.

“We didn’t get into the right to privacy in medicine until the 1960s and ’70s,” she said. The issue emerges “whenever we’re talking about needing to protect the public.”

Public-health officials have a duty to warn the public of infectious diseases, Hills said.

“But it has to be done in a manner that respects the privacy of the individual,” she said. “When we do subpoenas, it has to be because there’s no other measures left to pursue.”