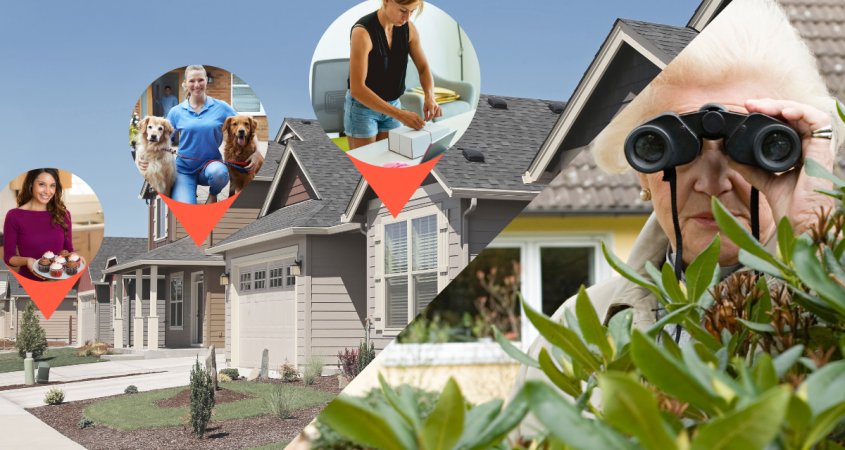 Sells didn’t realize that her retirement business of taking in sedate older dogs for short periods violated the rules and regulations of the homeowners association (HOA) in which her house is situated in Round Rock, Texas.

After all, her yard is big, the geriatric dogs were quiet — and many of her clients were neighbors.

Then someone — Sells told Digital Privacy News she still doesn’t know who — complained to the association’s board.

It forced the Sells to shut down their dog-boarding business, undermining the couple’s financial security.

Now, Dianna and husband, Dennis, have few options for earning money in retirement. Faced with a rising cost of living, including HOA fees, Dennis Sells, 72, took a traditional job in the spring — in the midst of the COVID-19 pandemic.

As coronavirus continues, millions of laid-off Americans fear they will lose their jobs permanently.

Those living with homeowners associations are likely to find the avenue to self-employment blocked by HOA rules.

“As long as the business is legal — whatever’s reasonable — should be allowed, particularly in the midst of a pandemic,” Dianna Sells said.

“If some people have a home-based business and other people can’t, or at least have a system to fill out a form and (the board) can make a decision — ‘yes, you can’ or ‘no you can’t,’ Sells argued.

Though residents can make a compelling economic argument — if they can’t earn, they can’t pay their HOA fees or mortgages, inflicting harm on the association — boards are bound by the covenants they must enforce, said David C. Swedelson of the Swedelson Gottlieb law firm in Los Angeles.

The general rule is that boards shouldn’t go after home-based businesses that are invisible outside the home and that have no effect on the residential character of the neighborhood, Swedelson told Digital Privacy News.

But businesses that draw traffic, congestion or noise do affect neighbors and cannot be allowed, if prohibited by HOA rules.

“Typically, it’s a violation if it changes the residential nature of the property,” Swedelson said.

“It’s a violation if it changes the residential nature of the property.”

He told of a case where a HOA resident ran a tutoring service for children, even converting a garage to a classroom. The comings and goings of students and their waiting parents dramatically increased traffic, drawing complaints and forcing a shutdown.

Other operations shuttered by association boards have included refrigerator repair and hair-cutting.

“Somebody could start a home-based business, as long as they weren’t having multiple deliveries or employees,” Swedelson said, adding that he was advising HOA clients to be more tolerant than usual of people working from homes amid COVID.

Typically, the tipping point is home-based businesses with operations that spill out of the four walls and affect neighbors, said Stephen G. Davis, an attorney with the St. Louis firm of Carmody MacDonald P.C.

The firm works with more than 200 homeowners associations in Missouri and Illinois.

Real estate lawyers, Davis explained, agree that association boards have to balance competing priorities: their responsibility to the community and its residents, and compliance with governmental public-health directives.

Further, HOA boards have a fiduciary responsibility to collect member dues for maintenance and for reserve funds intended to serve the community’s well being.

In a period of pandemic, the boards also must somehow reconcile their financial responsibilities with residents’ new ways of living — and that includes working from home or pursuing entrepreneurship to maintain income.

“Just because people are out of work doesn’t mean the association needs less money to function,” Davis told Digital Privacy News. “They have to maintain the property — and pay the insurance and all other expenses.”

Two large HOA management firms did not respond to repeated requests for comment.

Dianna Sells said she now wished she had followed that advice.

“The truth is, when we bought the home, our forever home, we brought our dogs with us,” she told Digital Privacy News. “Where I came from, they didn’t have HOAs — so I wasn’t familiar with limits, and I didn’t read line for line the covenants like I should have.”

“Just because people are out of work doesn’t mean the association needs less money to function.”

Letters of support from her neighbors did not sway the Vista Oaks Community’s board, whose attorney of record did not return calls seeking comment.

But the board also wasn’t moved on arguments about the importance of the business income to the Sells’ financial stability.

“I appealed to them, that if we let the business go, just let our own dogs live out their lives, would that satisfy them,” Sells said.

However, the association did accept the terms, scuttling the $200-a-day fine it had threatened, which the Sells could not afford.

As Dianna Sells considers resurrecting her counseling practice — a launch complicated by the HOA requirement that she meet with clients in a separate space from her home office — she said she hoped the pandemic would force a national revision of association rules.

“Some changes need to be made to bylaws,” she told Digital Privacy News. “I think the pandemic should make a difference.”