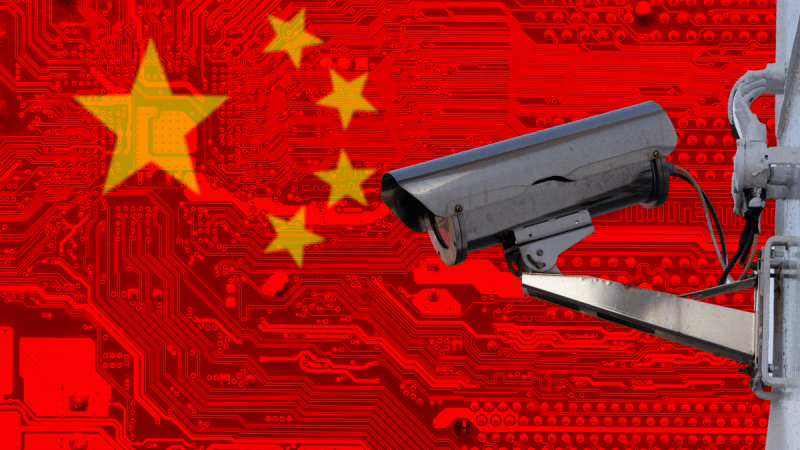 A Look Inside China’s Surveillance State

Digital Privacy News writer Charles McDermid arrived in China as a child in 1979. He has lived and worked as a journalist in Beijing, Hong Kong and Tianjin. No names are used to protect sources.

Any attempt to summarize the privacy concerns of China’s nearly 1.4 billion people, let alone marginalized groups like the Uighur Muslims or other minorities, would be impossible — particularly amid the intense data-collection methods that emerged during the COVID-19 pandemic.

But by speaking to friends and former colleagues inside China, a rough sketch emerges of the daily mindset of some Chinese citizens and foreign expatriates who live in what Beijing’s critics have called a techno-authoritarian surveillance state.

Interviews by cellphone, Skype and email produced candid answers on privacy issues that ranged from approval and indifference — to indignation — mostly over China’s portrayal in the Western press.

Two points of interest were clear, however: Trust in government runs deep and an understanding of the state’s mass-surveillance methods — especially pertaining to the COVID-19 pandemic — was almost a point of pride.

“In China, people are more open-minded about new technology, like facial recognition,” a 31-year-old, British-educated Chinese writer told Digital Privacy News. “People know there could be a compromise between privacy and safety — and they feel fine about it.

“The benefit of the technology is way more” than the downside, the writer said.

“Plus, culturally, I think Chinese believe you shouldn’t be worried if you have nothing to hide.”

A former colleague who worked as a spokeswoman for a leading Chinese artificial intelligence firm said: “In the West, privacy is hailed, but I don’t believe the situation is so much better than that in China.

“The U.S. government has the capability and way-more advanced methods to monitor people and use the data any way it sees fit.

“They just use it more subtly than the Chinese government, which uses it explicitly and calls it what it is: surveillance,” she told Digital Privacy News.

Despite the staunch, even stubborn, support for China’s government, some critics feel the government’s ban on free speech and a free press limits the information on mass-surveillance methods, which include social credit scores, video cameras and genetic mapping.

“There has been some public criticism and discussion about privacy and surveillance, but it tends to focus on the practices of private companies or other entities: the reports on data leaks and poor privacy practices by companies,” said Maya Wang of Human Rights Watch.

“But generally, such criticism skirts the central issue — that it is the Chinese government that is behind such surveillance — because people cannot criticize the government,” she told Digital Privacy News. “People generally are also unaware of the breadth and depth of the Chinese police’s mass-surveillance programs.”

“Occasionally, someone will comment on these issues but rarely in public,” the journalist said over a virtual private network (VPN) to bypass China’s “great firewall.”

“Honestly, I don’t think about it much and just assume when I’m in public, I am on a security camera and someone is watching.”

The VPN is such an integral part of life for expats and Chinese citizens eager to use Facebook, Twitter or YouTube — or access news from The New York Times, The Guardian or the BBC — that they all have codenames.

A group of expat American women said they used the term “Very Pointy Nose” in chats and messages because they knew their conversations were monitored.

When outside news does reach over the state-run internet firewall, the depiction of China’s surveillance methods can be grim — much to the frustration of those who spoke with Digital Privacy News.

“I don’t know why Western media have been obsessed with China’s surveillance, since the U.K. actually has the most surveillance cameras and installed the system long before China,” the Chinese writer said.

“I know, nowadays, all governments use surveillance as an effective measure to prevent or investigate crimes — and I can understand that.”

According to a December report by Security Sales & Integration magazine, the U.S. has approximately 15.3 cameras for every 100 people, followed by China with 14.4 and the U.K. with 7.5.

Another Chinese former colleague in Beijing said: “In China, surveillance cameras are not seen as horrible (as) Western media have pictured.

“The only times I have seen people angry about it and heatedly discussing it on social media is when a face-changing app collected people’s facial images without authorization — and when some cities used surveillance cameras to catch jaywalkers and played the images on a big screen as public shaming.”

Even longtime expats said they were puzzled by the naivete of some Western reports about China’s mass data-collection and spying on its citizens.

“Considering the challenges to even cover something like this here, I think it’s well done,” said the American journalist. “But, as for calling this place an emerging surveillance state, where the hell have they been?

“It’s been as such for decades, although it is getting tighter.”

“People are so connected and dependent on the internet, our info is scattered everywhere and can be easily re-collected for illegal use.”

Wang, of Human Rights Watch, is troubled by this. She has written that privacy rights are “gateway” rights, meaning that all freedoms are at risk when no privacy exists.

“In Xinjiang, people’s experience illustrates just what that means,” she told Digital Privacy News. “When you lose your privacy, you have no secrets from those surveilling you.

“You have no ability to hide who you’re related to, your movement, your thoughts.

“You have to censor every aspect of your very being in order to satisfy the demands of those surveilling you,” Wang said.

“Over time, censorship becomes automatic and ingrained,” she continued. “You become what the authorities want.

“You’re fundamentally altered as a human being.”