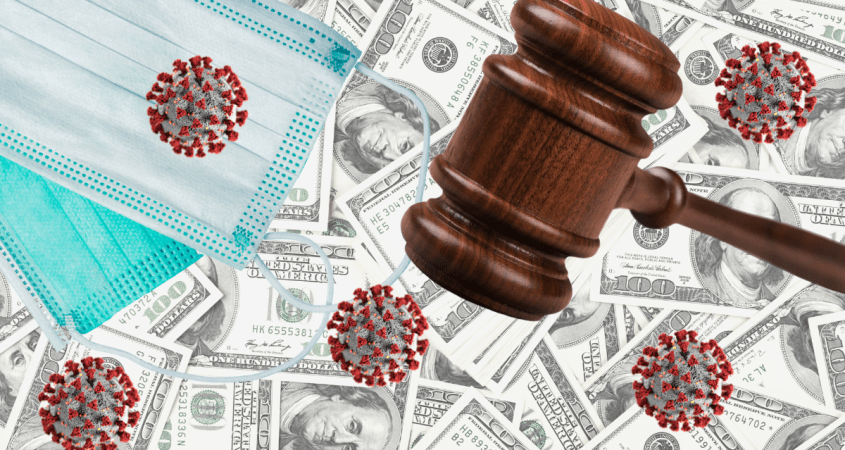 Employees Suing Over COVID Disclosures in the Workplace

A showdown is brewing between workers and employers.

As COVID-19 rages on, more employees are contracting the virus yet are being forced to keep quiet about outbreaks on the job, experts told Digital Privacy News.

Companies are using privacy laws to keep workers from alerting others about the life-threatening virus, they said.

Undeterred, workers are fighting back with complaints and lawsuits.

“Employers who are invoking privacy concerns are really using it as a smokescreen to protect their own bottom lines — in particular, to cover up the ways they’re failing to protect workers,” Hugh Baran, staff attorney with the National Employment Law Project (NELP) in New York, told Digital Privacy News.

“The reality is there’s no requirement that companies silence employees.”

“Under the law, employers have to keep personal medical information private,” she added. “I can’t reveal it unless you reveal it.

“Well, we’re in a pandemic — and employers also have an obligation to keep people safe.”

Anderson is part of a Barnes & Thornburg team that is tracking 400 COVID-related complaints and lawsuits nationwide.

“Those aren’t all of them,” she told Digital Privacy News. “There are substantially more cases. These are the ones we thought would be constructive.”

“We’re in a pandemic — and employers also have an obligation to keep people safe.”

The issue is unlike anything Anderson said she had seen in 28 years of practicing law.

“This is a new environment we’re in,” she said. “We’ve never seen this sort of event that has affected every part of life, including the litigation docket.

“I don’t think companies are trying to silence workers about COVID matters on the job,” Anderson added, however. “I think they are trying to balance the requirements of individuals’ privacy and public safety.

“This is a difficult time for workers and employers alike.”

Laws protecting workers’ rights to speak up about working conditions are lax — and many workers aren’t aware of their rights. As a result, companies are getting away with silencing workers, experts said.

“Essentially, workers have been left on their own without the federal government to protect them,” NELP’s Baran said.

“So, if your employer’s telling you, ‘You need to shut up about COVID or you’re going to lose your job,’ and you’re worried about providing for your family and putting food on the table, you’re going to be quiet.

“The reality is there’s no requirement that companies silence employees.”

“That’s the reality,” he said.

The companies trying to muzzle workers reads like a who’s who of corporate America: Amazon, Cargill, The Cheesecake Factory, McDonald’s and Target, according to an August Bloomberg Businessweek magazine report detailing how corporate COVID gag rules were risking worker safety.

In addition, one in eight workers has perceived possible retaliatory actions by employers against workers who raised health and safety concerns during the pandemic, according to a June NELP report.

The national survey showed that retaliation against whistleblowers has been prevalent during the pandemic.

Preserving the corporate bottom line has been costly for many essential and frontline workers.

As of Wednesday, at least 65,131 meatpacking, food-processing and farmworkers have tested positive for COVID-19, according to the Food and Environment Reporting Network, which has been tracking such cases and deaths in the industries since April.

At least 268 of those employees have died.

But workers are refusing to be quiet.

As of Tuesday, 3,174 coronavirus-related whistleblower complaints had been filed with the U.S. Labor Department. Complaints span from safety concerns to gag orders barring workers from discussing outbreaks.

In addition, 5,479 complaints alleging that workers were exposed or potentially exposed to the virus have been filed as of Monday, according to the Hunton Andrews Kurth law firm in Richmond, Va.

As worker claims build, companies are lobbying Congress to “give them sweeping protections from lawsuits that area alleging employers have failed to keep their workers safe during the pandemic,” NELP’s Baran said.

“Each claim will depend on its facts and the particular laws of the jurisdiction deciding the case.”

Additionally, several states have enacted liability shields or limits on COVID-related claims — and Congress also is considering whether to enact limits on liability, said Mary Anne Bobinski, dean and the Asa Griggs Candler professor of law at Emory University School of Law in Atlanta.

“These new rules would have to be studied carefully to determine whether they would prevent actions by employees against employers,” she told Digital Privacy News.

Going forward, it’s unclear whether some of the claims will be successful, experts said. Many cases might be handled through arbitrators versus the courts.

“Each claim will depend on its facts and the particular laws of the jurisdiction deciding the case,” Bobinski said. “For example, from a factual standpoint, it may be difficult to prove that a person acquired COVID-19 in the workplace.”

But Baran countered that cases brought by workers found to have merit would likely end up in arbitration.

“In theory, pretty-much any claim you bring against your employer must go to an arbitrator — and there’s no judge or jury,” Baran said.

Other federal laws also give workers the right to talk about communicating their working conditions — even protesting those conditions, Baran said.

But under CDC guidelines, employers can alert workers who may have been exposed to the virus without disclosing the other employee’s identity.

These organizations generally are barred from disclosing personally identifiable health information. There are exceptions, though, such as when disclosure is required by law or where it is necessary to prevent a serious threat to health and safety.