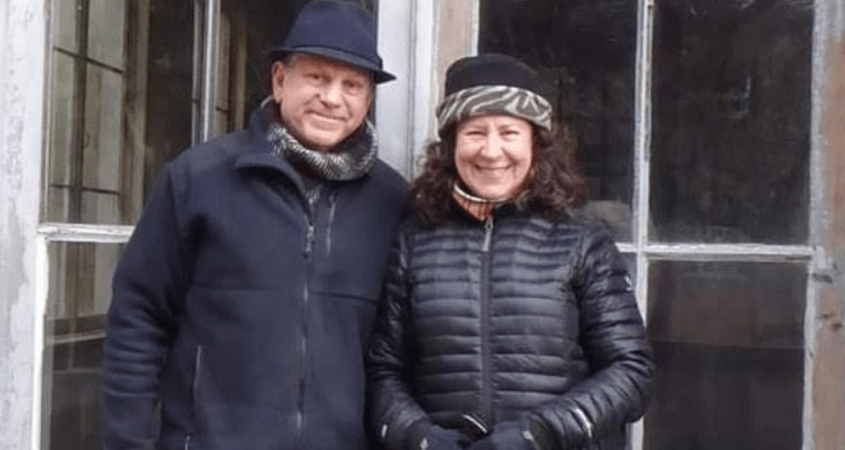 Dealing With a Digital Divide in the Same Household

Beth and John Shulman-Ment agree about most things, except online privacy.

After 40 years together, Beth and John Shulman-Ment of Westchester County, N.Y., agree about most things — except online privacy.

“I refuse to be a commodity that sites like Google sell to third parties,” John, 67, a lifelong computer scientist, told Digital Privacy News.

Beth, 65, a homecare nurse, however, accepts the risk.

“When I weigh John’s privacy concerns against staying in touch, it feels worth the tradeoff,” she said.

“And besides,” Beth added, “I have nothing to hide.”

Given rising concerns about personal data and more enforced time at home because of COVID-19, the number of spouses, partners, roommates and colleagues who share WIFI connections without sharing equal faith in online privacy safeguards is bound to increase.

Are some relationships bound to be affected?

Over half expressed more anxiety than during the previous year.

“Those closest to us know the answers to our secret questions.”

With an earlier Pew poll, in 2014, of 2,252 Americans indicating that 10% of couples believed that the internet had a “major impact” on their relationships, the potential for a disconnect exists, experts told Digital Privacy News.

“Those closest to us know the answers to our secret questions, have access to our devices and can exercise coercive power over us,” said Karen Levy, assistant professor of information science at Cornell University and a Cornell Law School faculty member.

Levy and Bruce Schneier, a cybersecurity expert and a fellow at the Berkman Klein Center for Internet & Society at Harvard University, coauthored a report in May that gave the concern a new name: “intimate threats.”

Kim Kardashian and former White House adviser Kellyanne Conway have been among the celebrity targets of embarrassing online revelations, but privacy challenges can affect anyone, they told Digital Privacy News.

In fact, two years ago, the global financial-services company Barclay’s predicted that “sharenting” — posting personal information about children — would account for two-thirds of identity fraud cases affecting young people by 2030.

Meanwhile, the Shulman-Ments hammered out a truce early on.

Shocked by the amount of information people divulged online, John eschewed all social media. Beth plunged in, however, thrilled to reestablish long-lost friendships.

The couple also physically separated individual devices, protected passwords and in-house-work areas — and pledged not to post about the other without advance permission.

Neither searched from the other’s machine.

“We don’t leave devices lying around so someone can innocently pick them up.”

“If you Google from another account on a computer, they’ll immediately connect your data to that person,” John cautioned.

“But not many people are willing to do that,” he acknowledged to Digital Privacy News.

People are willing, though, to abide by conditions they set themselves.

“Make sure everyone knows what data is collected, how it’s shared and how it can be controlled,” Cornell’s Levy suggested.

Those rules apply to Steve Durbin, the U.K.-based managing director of the nonprofit Information Security Forum and his wife, Christine, a psychotherapist. Both have been working from home since the pandemic began.

They honor “office hours,” employ privacy screens and ensure that autolock is enabled when they stop working. They also clear browsing caches and histories and use fingerprint or biometric protection.

“And we don’t leave devices lying around so someone can innocently pick them up,” Steve Durbin told Digital Privacy News.

Even with such hard-and-fast rules, some data can be hard to tame.

Elizabeth M. Renieris, founder of hackylawyer.com and a member of Harvard’s Berkman Klein Center, decried the asymmetrical relationship between the operators of online sites and consumers.

“We shouldn’t expect consumers to rely on complicated privacy settings that provide illusory control,” she said.

“It doesn’t address the challenges of technologies or data that relate to multiple individuals, such as in communities or households.”

Renieris said that only federal-level protections, possibly modeled after the European Union’s General Data Protection Regulation (GDPR), could truly address what she called this “fallacy of individual choice.”

Until those laws are enacted, the onus remained on households to find their own peace.

John and Beth know that is achievable.

“I may not be able to shut down the surveillance economy on my own,” John told Digital Privacy News, “but I can help keep our relationship solid and happy.”

Sue Treiman is a writer in New York.