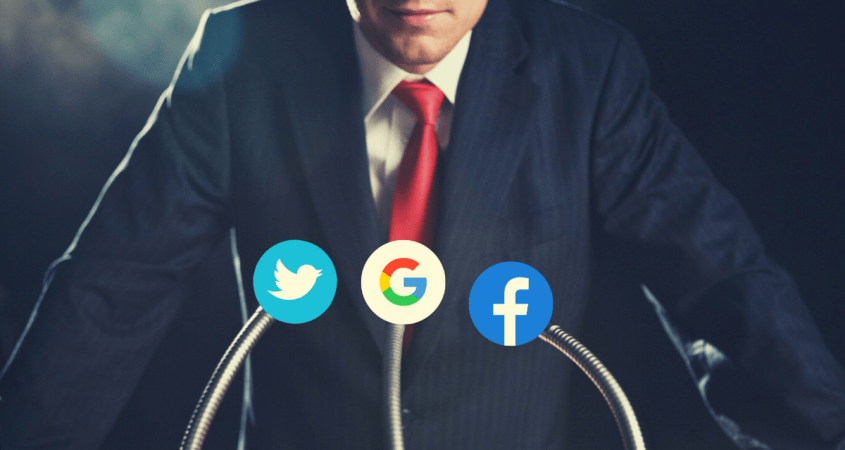 Big Tech CEOs again are testifying before Congress — this time on Wednesday — about how they run their companies, but now they are in front of a Republican-led panel of the U.S. Senate.

CEOs from Twitter, Google and Facebook will be questioned by the Senate Committee on Commerce, Science and Transportation on the liability shield that companies operate under, as well as its content-moderation practices and effect on consumer privacy.

Specifically, the session will discuss how Section 230 of the Communications Decency Act offers online platforms immunity from the content that’s published by its users and if it has allowed tech giants to enable unintended behavior.

“For too long, social media platforms have hidden behind Section 230 protections to censor content that deviates from their beliefs,” Sen. Roger Wicker, R-Miss., the committee’s chairman, said in a statement.

“These practices should not receive special protections in our society where freedom of speech is at the core of our nation’s values.”

“For too long, social media platforms have hidden behind Section 230 protections to censor content that deviates from their beliefs.”

The Senate hearing will put CEOs Jack Dorsey of Twitter, Sundar Pichai of Google’s parent company, Alphabet, and Mark Zuckerberg of Facebook in the hot seat.

As the session focuses more on content-moderation and liability, it notably excludes chief executives from Amazon and Apple — Jeff Bezos and Tim Cook, respectively — who were included in a similar hearing before the House Judiciary Committee in July.

While the Senate is focusing its hearing more on content moderation, the House’s hearing focused on how Big Tech’s anticompetitive practices were affecting the digital marketplace.

The House, however, has yet to put forth legislation since beginning its Big Tech bipartisan investigation into market dominance in June 2019.

Though the House largely has taken a bipartisan approach in its Big Tech efforts, cracks in their consensus are beginning to form.

Earlier this month, the House’s Democratic majority released the “Competition in Digital Markets,” a 451-page report offering many recommendations on how to deal with the overwhelming reach of Big Tech.

The report was released by Rep. Jerrold Nadler, D-N.Y., chairman of the House Judiciary Committee, and Rep. David Cicilline, R-R.I., who chairs the panel’s antitrust subcommittee.

In the Judiciary Committee’s report, recommendations included prohibiting dominant platforms from operating in adjacent lines of business, engaging in self-preferencing and seeking out future mergers and acquisitions.

“Although these firms have delivered clear benefits to society, the dominance of Amazon, Apple, Facebook and Google has come at a price,” the Democratic majority’s report read.

“These firms typically run the marketplace while also competing in it — a position that enables them to write one set of rules for others, while they play by another.”

But Republicans, led by Rep. Ken Buck, Colo., offered their own take on regulating Big Tech.

Their report agreed with several Democratic points, such as increasing funding to enforcement agencies, promoting data portability and shifting the burden of proof to companies who were pursuing mergers instead of the government in antitrust cases.

However, the Republican report said that the Democratic document “offers policy prescriptions that are nonstarters for conservatives.”

“I fully support and am open to working … to find a solution that reins in Big Tech and their anticompetitive behavior.”

Specifically, the dissenting report noted that passing a Glass-Steagall Act — the 1933 law that split banks into commercial and investment-banking operations — for Big Tech, where companies would have to operate in a “single line of business” instead of multiple adjacent ones, was “a thinly veiled call to break up Big Tech firms.

“We are concerned that sweeping changes could lead to overregulation and carry unintended consequences for the entire economy,” the GOP report read.

“We prefer a targeted approach, the scalpel of antitrust, rather than the chainsaw of regulation.”

With the House documents clearing disagreeing on how to break up Big Tech, experts told Digital Privacy News that both sides would need to work together to take on such digital heavyweights.

“There is a Democratic and Republican divergence, but I do think that’s bridgeable,” said Mark MacCarthy, a senior fellow at the Institute for Technology Law and Policy at the Georgetown University Law School.

“In the next Congress, you could very well see legislation to reform the antitrust law, but that depends on what happens in the Senate and what happens with the election.”

Jessica Melugin, director of the Competitive Enterprise Institute’s Center for Technology and Innovation, said the sides would have to earn a larger political majority in their respective domains or seek more consensus in potentially pushing forward antitrust legislation.

“The bipartisan nature of this is that both sides of the aisle have come to the same conclusion that … they don’t like Big Tech right now.”

“The bipartisan nature of this is that both sides of the aisle have come to the same conclusion that, for whatever reason, they don’t like Big Tech right now,” Melugin told Digital Privacy News.

“But the hitch is that what they don’t like about it is not the exact same thing.”

She said Democrats were more interested in introducing more legislation into the digital arena, while Republicans were looking into the content-moderation and bias of these platforms.

Melugin added that the possibility of legislation moving through the House or Senate largely depended on what happens with the election.

“You’re going to see a lot more aggressive activity if the Democrats keep the House or increase the House majority,” she predicted. “We’ll certainly see legislation introduced, but what that looks like depends on the Senate and the White House.”

Calls for a New Agency

Tom Wheeler, a visiting fellow in governance studies at the Brookings Institution, agreed that the bipartisan nature of the antitrust efforts for Big Tech was starting to see some disagreements, but recommended creating a new agency to tackle these modern issues.

“It became pretty clear that, going forward, it will be bipartisan — but may not be as overwhelmingly bipartisan.”

“It became pretty clear that, going forward, it will be bipartisan — but may not be as overwhelmingly bipartisan, if you will,” Wheeler told Digital Privacy News of any regulation efforts.

Wheeler, who formerly chaired the Federal Communications Commission, recommended the creation of “an agency purpose-built with digital DNA” to enforce and regulate antitrust measures.

He detailed an agency that would employ a three-pronged approach to promote competition, to protect user privacy and to manage free speech and misinformation.

MacCarthy, also a senior fellow at the Future of Privacy Forum, explained to Digital Privacy News that certain proposed antitrust policies could lead to privacy issues.

For instance, if a company that collects user data, like Google or Facebook, is subject to fair-competition rules and has to share its data with other competitions, consumer privacy could be negatively affected, he said.

“For the individual user, why is it in their interest to have their info that Google has made available to a bunch of competitors?” MacCarthy posed. “It may be good for competition policy, but those have to be balanced against privacy interests.”

In terms of creating legislation from these reports, MacCarthy told Digital Privacy News that something could come out of the House Judiciary Committee within nine months after the election.

“I think the House Judiciary committee is going to move forward no matter what — and they’ll work with Republican minority,” he said.

“And, obviously, Republicans don’t want to go against their fundamental concerns of overregulation — but they are fully aware of the extraordinary power that the tech companies have, which are creating issues across the board that they’re concerned about.”

“There is a Democratic and Republican divergence, but I do think that’s bridgeable.

While disagreeing with some of the Democratic majority’s recommendations, Rep. Buck said in a statement after his report was released that antitrust enforcement in Big Tech markets was not a partisan issue.

“While I do not support the recommendations presented in the subcommittee’s majority report,” he said, “I fully support and am open to working with Chairman Cicilline to find a solution that reins in Big Tech and their anticompetitive behavior.”