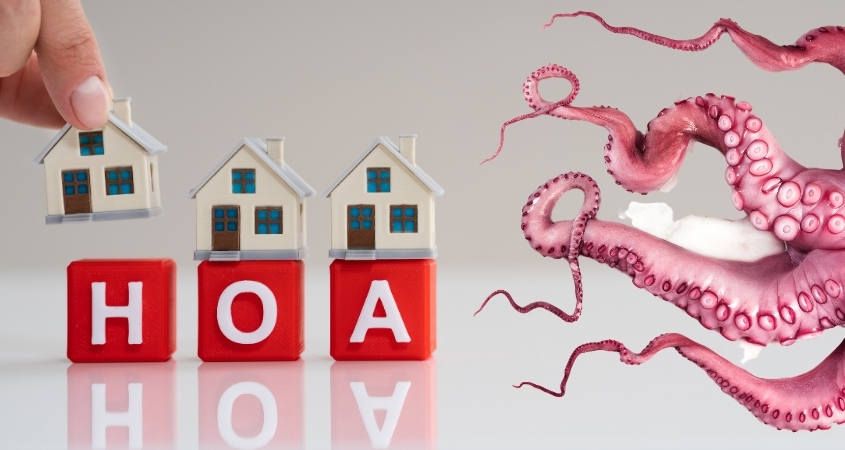 Petitioning a board for suspension of association fees is fraught with potential privacy pitfalls, lawyers and professional HOA managers told Digital Privacy News.

Laws that dictate condo board rules vary by state, but whether a board actually handles members’ financial information with discretion is another matter, they said.

HOA members should not expect sensitive financial information brought to boards in seeking fee relief to be kept confidential, said Brian Boger, an attorney in Columbia, S.C., who specializes in HOA disputes.

“Just because the board is a fiduciary to the organization in general doesn’t mean it is to individual members.”

“If you’re at a meeting, it’s certainly not private,” he told Digital Privacy News. “And even in a private meeting with the board, it’s not really private.

“Just because the board is a fiduciary to the organization in general doesn’t mean it is to individual members.”

Potentially, millions of Americans could soon be facing the collision of privacy rights and their efforts to keep their homes.

According to a recent survey by the Foundation for Community Association Research in Falls Church, Va., 73.9 million Americans live in a homeowners’ or condo association. That’s 27% of all the nation’s homeowners.

HOAs are overseen by boards consisting of community members, though daily operations often are handled by management firms.

Meanwhile, 3.54 million American homeowners are either in foreclosure or 30 or more days past due on their mortgages, as of September, according to the mortgage-data tracking firm Black Knight.

Another 2.32 million are 90 or more days in arrears, but they temporarily are protected from foreclosure by legislation that created a grace period for people enduring economic loss during the COVID-19 pandemic.

Homeowners having trouble making their mortgages also often struggle to pay the related fees to their homeowners’ association.

“If you’re having problems paying your dues, probably others are in the same situation.”

In some states, boards must put liens on the properties of members who are behind on fees. Liens, filed with local recorders of deeds, are public information.

“There might be requirements that are out of the hands of the board,” he told Digital Privacy News.

Then, read the association’s covenants to learn the governing rules, for the board and members. Next, learn how boards previously have handled past-due accounts.

“Usually, you start by approaching management and set the expectation of privacy,” Bosscher said. “Ask management, ‘How is the board handling things?’

“If you’re having problems paying your dues, probably others are in the same situation,” he added. “Ask what approach the board is taking.”

It is reasonable for HOA boards to ask for proof of need when considering a waiver of late fees or a forbearance of fees, said Ursula K. Burgess, a lawyer in the Washington area who specializes in associations. She also is president of the Community Associations Institute (CAI), a trade group for homeowners’ associations.

“Boards are concerned about people who abuse the system, when they are not in trouble,” she told Digital Privacy News. “We are seeing this, with people asking for waivers of late fees — and boards are wondering, ‘Is this person really in trouble?’”

By respecting the privacy of members by handling financial issues in executive session or in one-on-one conversations, boards minimize the paper trail, making it harder for other members to discern how their cases might be handled, Burgess said.

“Boards are concerned about people who abuse the system.”

It’s rare, according to CAI’s research arm, for associations to publish the names of members whose fees are in arrears — but it does happen, said Boger, the South Carolina attorney who specializes in HOA disputes.

Doing so could constitute libel or slander — “and if they are wrong about your information, that is slander per se,” he said.

And don’t count on much goodwill, Boger said, especially if your HOA board has a history of aggressively pursuing overdue accounts and pushing residents into settling legal disputes instead of pursuing them in the courts.

“Since 2008, there have been more people needlessly harmed by HOA malfeasance and pure meanness against their members, their own neighbors,” Boger told Digital Privacy News. “You need to know that the HOA has tremendous power.”