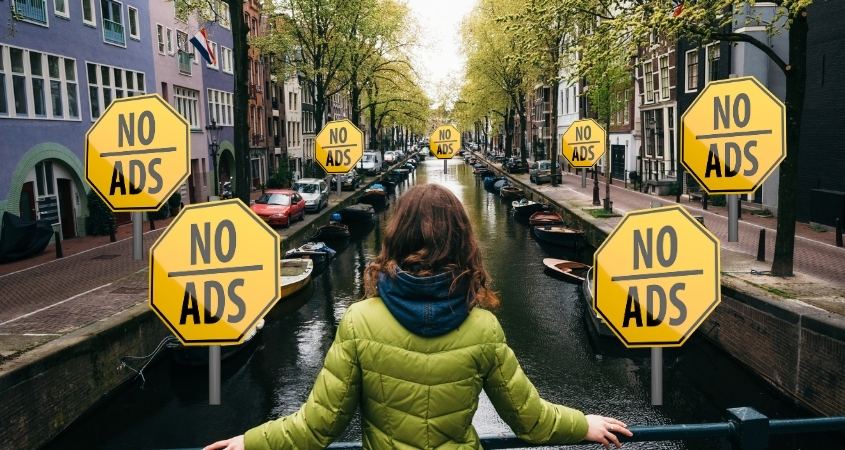 Politicians in the EU are calling for strict regulations on targeted advertising, including considering a phase-out that would bring a total ban.

The European Parliament, which comprises elected representatives from each EU country, last month called for targeted advertising to be “regulated more strictly in favor of less intrusive, contextualized forms of advertising.”

Legislators envision new forms of online ads that “require less data and do not depend on previous user interaction with content,” according to an Oct. 20 news release.

But advertising industry experts told Digital Privacy News that the proposals could profoundly affect the online environment — and present a serious challenge to big-tech’s business model.

“Europe’s chance at forging its own vision for the digital world hinges on its ability to regulate and ultimately fix an industry that has become unsustainable.”

“This is merely a call — but it sends a strong and very positive signal,” said Frederike Kaltheuner, tech policy fellow at Mozilla.

Kaltheuner, based in London, argued that the pervading model of online advertising was at the core of many pressing societal issues, including “widespread and routine invasions of consumer protection and fundamental rights.”

“Digital advertising — the business model that underpins most of the internet as we know it today — fails to support or sustain healthy digital spaces that are fit for purpose for the majority of people,” she said.

The targeted ad ban could be integrated into the proposed Digital Services Act, a broader set of EU reforms that seek to “shape the digital economy at EU level as well as setting the standards for the rest of the world.”

“Europe’s chance at forging its own vision for the digital world hinges on its ability to regulate and ultimately fix an industry that has become unsustainable,” Kaltheuner said.

Targeted ads can involve “tracking” individuals’ online activity and the processing of vast amounts of personal information. Such practices have faced increased scrutiny in Europe since the passing of the EU’s General Data Protection Regulation (GDPR) in 2016.

The European Parliament’s proposals do not, however, endorse the prohibition of all online advertising. So-called “contextual” ads, which do not involve tracking people’s online activity, still would be allowed.

“You can still target ads, but you need to target them less precisely,” she added. “There is little evidence that tailored ads are more effective.”

Vagelis Papakonstantinou, professor of personal data protection law at the Free University of Brussels, told Digital Privacy News that a blanket ban on targeted advertising would “probably be unrealistic.”

“Its approach on targeted advertising is nuanced and pragmatic.”

“The Parliament’s suggestions are comprehensive and well-substantiated,” he said, “taking into account both the protection of fundamental rights (such as the right to privacy and data protection) and the contemporary online environment.

“Similarly, its approach on targeted advertising is nuanced and pragmatic, assessing negatively micro-targeted and behavioral advertisement but admitting that contextual advertisements require less user data and are, thus, less intrusive.

“It is through detailed, specific proposals such as those included in the Parliament’s initiative that successful regulation of the online environment can be achieved,” Papakonstantinou said.

Franck Dumortier, a researcher at the Cyber and Data Security Lab, also at the Free University of Brussels, said he believed the Digital Services Act would complement and strengthen existing EU data-protection laws.

Dumortier said that under EU law, personal data was considered an object “linked to the fundamental rights of individuals,” and, as such, “cannot be seen as a commercial product.

“The Digital Services Act would be a very good opportunity to regulate, in a democratic way, such invasive advertising protocols,” he noted, “instead of letting private associations self-regulate in an unsatisfactory manner.”

Harriet Kingaby, co-chair of the U.K.-based Conscious Advertising Network, told Digital Privacy News: “Tim Berners-Lee (inventor of the World Wide Web) got it right when he said that advertising was creating ‘perverse incentives’ in the development of the web.

“Targeted advertising funds the internet — and with that great power, should come great responsibility,” she said.

Kingaby pointed to harmful ad-targeting practices — such as where brands have “block-listed” keywords connected with COVID-19 or have used “brand-safety” vendors that prevent their ads from appearing alongside certain content. These measures, she said, have defunded important news coverage.

“Banning all targeted advertising comes with its own repercussions … .”

But despite these criticisms of targeted advertising, Kingaby shared some concerns about the proposals.

“Banning all targeted advertising comes with its own repercussions, which need to be seriously considered by the commission,” she told Digital Privacy News.

“It will disrupt funding models for publishers and creators, for example — and could worsen consumer user experience of the web, already degraded by relentless consent pop-ups.”