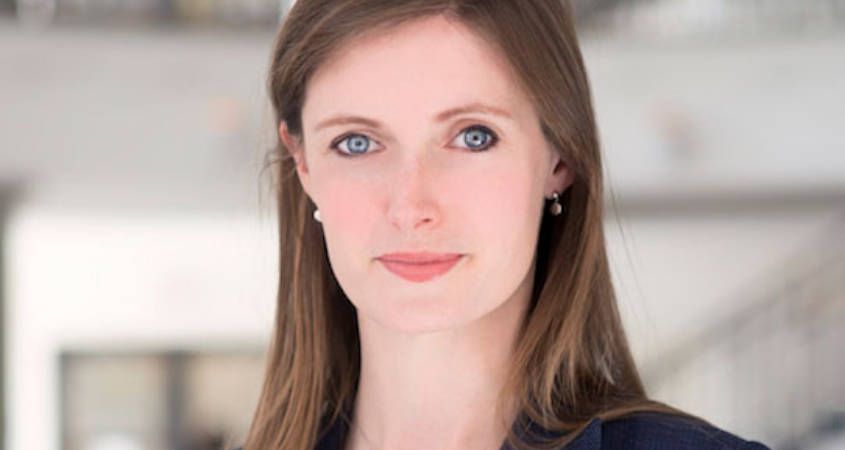 ‘We Fight for an Open and Accessible Internet’

Alexandra Reeve Givens was in grade school when the Center for Democracy and Technology (CDT) was founded.

CDT, based in Washington, is deeply rooted in digital technology’s original sin: exposing users to scrutiny by anyone with the means and the motive to probe.

By that standard, the organization is both young, at 26, and mature — having influenced public policy for a quarter of a century.

Givens, meanwhile, grew up and went to law school. She worked as Chief Counsel for the Senate Judiciary Committee and founded the Institute for Technology Law & Policy at the Georgetown University Law School.

She started a family. Never far from the front burner is her role on the board of the Christopher and Dana Reeve Foundation, which supports research into cures for paralysis.

Her father was the late actor Christopher Reeve, who became quadriplegic after he was thrown from a horse.

Earlier this year, Givens took the helm at CDT as president and CEO.

She noted to Digital Privacy News that various forms of privacy legislation from Congress showed that Capitol Hill was beginning to grasp the true dimensions of privacy invasion.

Your website says CDT has been around as long as the commercial internet. You come through the door with fresh eyes. Where would you like to take the organization?

One of my goals is maintaining CDT’s 25-year legacy, fighting to make sure that technology works for people.

One of the ways the conversation will change is increasing recognition that rights and freedoms don’t mean the same thing for everybody across the country and internationally.

When we’re choosing our priorities, or when we’re deciding what our position will be on a particularly tough question, how do we make sure that we’re thinking through the diverse impacts of technology?

One of the things I’m prioritizing is acknowledging those disparate effects.

You’ve asked the Federal Trade Commission (FTC) to study how data-driven practices reinforce bias against marginalized communities. This is a departure for CDT?

It’s less a departure and more just a natural outgrowth to add that nuance: How do we consider the reality that different communities are affected in very different ways?

By law-enforcement regimes, by policy intervention — and by the sheer operation of technology?

What we’re trying to do here is to really drive home this critical point: For historically marginalized communities, who very frequently face discrimination, the use of their data can be particularly harmful.

We want to make sure the FTC, and the companies themselves, are focusing on those potential effects.

What kind of effects?

For example, data-driven search-engine ads have, in the past, disproportionately suggested that Black people have arrest records.

There’s been research about ads targeting for new job opportunities, where processes are being used to ensure that people of color and women see certain job ads — but do not see others that are made available to people whose data suggests a proxy for being white men.

When the data is being used to make assumptions about your identity, it can foreclose those opportunities to you — or set you up for additional targeting.

The public generally perceives advertisers as the worst privacy invaders. But government entities abuse personal data, too. How do you prioritize these privacy threats?

We think about both of those issues at CDT.

We have a project focused on privacy and consumer data, and then another project that we’re equally passionate about that focuses on government surveillance.

The surveillance piece includes not only collection of information by law enforcement — but also techniques, like stingray technology.

Also, law-enforcement access to commercial data — which is a really important piece of the puzzle, when you realize how much information companies have, and hold, about us.

The past year has seen some really good progress in awareness: not only that there needs to be federal regulation, but that the regulation needs to be truly meaningful.

There’s more work to be done to get legislation across the finish line next year.

But the increasing awareness on Capitol Hill that these issues matter to voters, and they matter to consumers, is a good thing for those of us who have been fighting for privacy protections for a long time.

It appears that two decades of experience with invasive technology has heightened public awareness. Do we finally understand the depth and the scope of the privacy invasions?

One of the items that has people focused more deliberately on privacy is realizing that a privacy violation is not an abstract harm.

We really are talking about how people’s data can be used in a way that leads to discrimination or profiling.

And it’s unfortunate that we have to talk about those examples, but I do think those examples have truly driven home for people that privacy matters — and that how your data is used and shared can have true ramifications for your opportunities in life.

Your father, Christopher Reeve, portrayed “Superman.”  In an offbeat way, aren’t you playing a similar role: protecting the world from dark and dangerous forces?

(Laughs) I won’t take the bait on the direct analogy.

Public policy really mattered to my dad. It’s a side of his life that not many people really know about.

Even before his injury, he came down and testified on Capitol Hill about funding for the arts and for the environment.

So, we grew up with that being part of the dinner conversation: What are you doing with your life and what is the impact you’re trying to have on the community around you?

For me, it was never going to be being on camera or being on the stage. But I did get the message about using your abilities and any platform that you have to the lend to the public interest.

The call to action, to use your time on earth fighting and trying to make it a better place, certainly did hit home.

It’s been my driving motivator throughout my career.