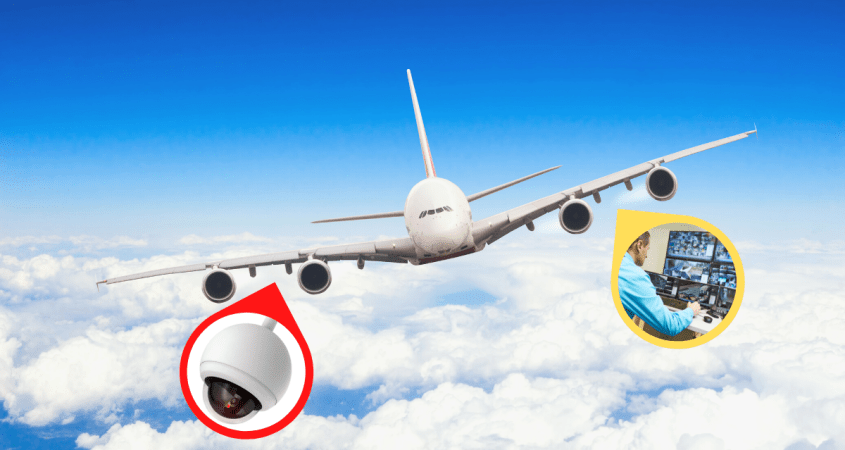 The murders are so frequent to the Rev. Duane Simmons that he sees police surveillance planes flying above his church in West Baltimore in Maryland as a blessing from God.

“I have been in this church for 30 years — and someone was killed right in front of the church,” said Simmons, who added that one Sunday a plane spotted suspects that relayed information to a police security camera on the ground.

A suspect was apprehended.

While Simmons, pastor of Simmons Memorial Baptist Church, told the talk-show host on WYPR-FM that he supported the Baltimore Police Department’s aerial surveillance program, David Rocha, a lawyer for the American Civil Liberties Union countered, “Giving so much to government is dangerous.”

The debate on Baltimore’s public radio outlet came one week after a Nov. 5 decision by the U.S. Court of Appeals in Richmond, Va., upholding a lower court’s ruling in Maryland that refused to ground the police department’s aerial surveillance program.

“Someone was killed right in front of the church.”

The American Civil Liberties Union and ACLU of Maryland asked the court to temporarily block BPD from deploying planes again after a six-month trial that ended Oct. 31.

The appellate court ruled 2-1 backing the decision of the U.S. District Court for the Maryland circuit in Baltimore. The latest ruling also comes as the city’s new mayor, Brandon Scott, who took office Tuesday, has yet to decide if he will re-launch the program.

“We and our clients are extremely disappointed by the court’s decision failing to put a stop to this invasive surveillance technology,” Brett Max Kaufman, staff attorney for ACLU’s Center for Democracy, said in a statement obtained by Digital Privacy News.

Although two appellate judges voted to allow the program to proceed, Chief Judge Roger L. Gregory dissented, railing against “overpolicing in Black communities” while lauding the “the extraordinary grassroots work of the clients.”

“This oppressive surveillance is likely to fall on exactly the kinds of minority communities who have suffered under decades of segregationist and exclusionary policy and policing.

“We and our clients are extremely disappointed by the court’s decision failing to put a stop to this invasive surveillance technology.”

“This technology presents a society-changing threat to everyone’s right to privacy, and it must be stopped,” he said.

The ACLU is hoping Mayor Scott will terminate the surveillance program, community leaders said on the radio program. They argued that the program was an example of technology that trampled on the rights of people in other cities across the country.

But in his inaugural speech Tuesday, Scott, 36, pledged to make the city of 600,000 residents a safer place.

“COVID cases are rising, deaths are rising, small businesses are suffering — and an eviction crisis looms large over our city,” Scott said. “We are also losing too many lives to violence and preventable overdose deaths each and every day.

“This kind of aerial surveillance could become a chilling, all-seeing part of daily life across the country.”

“That must change,” he added. “We cannot accept this as normal in our city.”

Scott did not mention the aerial surveillance program in his remarks, but he made it clear that change was coming and not everyone would be happy.

“You will not agree with everything that I do, but you can agree that the status quo cannot continue,” he said.

Last year, as Baltimore City Council president, Scott referred to official testimony in a statement that said that “there is no evidence the surveillance plane is an effective crime-fighting tool.

“BPD recently testified that, in the time the surveillance plane was secretly used in Baltimore, it yielded zero pieces of evidence that could be used to fight crime,” he said.

The aerial surveillance program was first exposed in 2016 by Bloomberg News, disclosing that for eight months, special planes equipped with cameras collected more than 300 hours of footage that was used by the police to investigate alleged crimes.

Persistent Surveillance Systems (PSS) was the vendor contracted by the city to operate the planes, with the blessings of then-Baltimore Police Commissioner Kevin Davis.

“You will not agree with everything that I do, but you can agree that the status quo cannot continue.”

Davis, who left in 2018, said the program appeared to be a good idea because the city’s murder rate was rising and because the police department’s manpower already was stretched.

He said in a statement then that department statistics showed that 84% of the city’s killings took place in outdoor public spaces — and that “it seems logical to explore opportunities to capture the brazen killers who don’t think twice about gunning down their victims on our streets.”

Last year, PSS CEO Ross McNutt lobbied for the city to restart the program, by flying over a 32-square-mile patch of Baltimore where 80% of the city’s gun homicides had occurred.

Grace Buckler, founder and CEO of the Privacy Advocate, a Washington-based privacy consultancy, raised many questions about the implications of the police department’s surveillance program.

“Safety is important,” said Buckler, a faculty member of the International Association of Privacy Professionals. “But critical to BPD aerial surveillance’s success is transparency with Baltimore residents.

“BPD should be ready to balance the need for safety and privacy, especially, the public’s perception of being watched.

“Given Baltimore’s history and its current state, there is a bigger privacy need and concern here than there might be in a different demographical or geographical space,” she told Digital Privacy News.

Buckler also posed: “Long after data has been collected, how long is that identifiable data retained by law enforcement? Is there a credible data use or retention policy? What’s the integrity of the procedure, and process for deleting or masking data that’s stored?

“Who is law enforcement sharing the data with — and who is accountable for compliance with federal, state and local regulations and laws, as well as privacy principles?” she added. “These are the deeper privacy concerns beyond images or footage generated by aerial surveillance.”

While McNutt of PSS pitched the planes as an inexpensive tool for fighting crime that was financed by private donors, the ACLU and other community groups attacked the program as unconstitutional.

“Who is law enforcement sharing the data with — and who is accountable for compliance with federal, state and local regulations and laws, as well as privacy principles?”

Those arguments, however, did not hold with people like Cara Williams, a retired BPD officer. “I think that they should fly planes all over the city, since nothing else is working,” she told Digital Privacy News.

More Planes, Drones in Use

From Baltimore to Jacksonville, Fla., an increasing number of law-enforcement agencies are employing planes and drones in their efforts — and in Baltimore, ministers and private citizens said they welcomed cops with eyes in the sky.

“Whatever is going to help stop crime, I support it,” the Rev. Eric Lorick, minister of the Inner City Church of Christ, told Digital Privacy News.

Pattice Jones, a church administrative assistant, said, “As long as they don’t fly a drone outside my window, I don’t care where it is.”

“Whatever is going to help stop crime, I support it.”

While Bell said the planes can’t photograph people, they recorded dots — and once the locations were approved by police, they would employ even smaller planes or drones, to limit noise.

But Lawrence Granpre, leader of A Beautiful Struggle, a community group that also was a plaintiff in the case, told Digital Privacy News that he still opposed the program.

“You are criminalizing an entire community.”