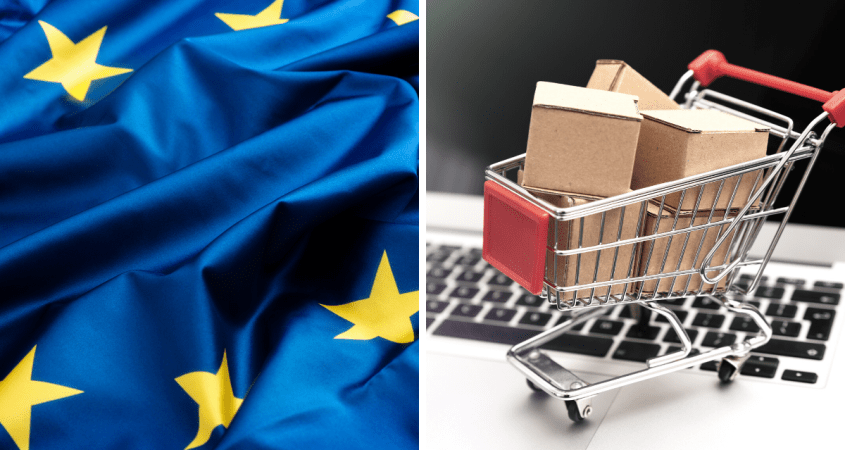 The European Commission, which enforces competition law in the EU, has issued a “statement of objections” alleging that Amazon is “distorting competition in online retail markets” by “systematically relying on nonpublic business data of independent sellers,” according to a Nov. 10 news release.

The commission’s statement is part of its investigation into Amazon’s use of marketplace seller data, which was launched in July 2019. Amazon now has an opportunity to examine and respond to the objections.

The concerns relate to Amazon’s ability to use data about third-party sellers’ sales, website visits and shipping practices to develop its private-label retail offerings. The commission alleges that access to this sensitive information could give Amazon an unfair advantage over its competitors.

“Small businesses have no choice but to sell on Amazon if they want to find their customers online.”

“Small businesses have no choice but to sell on Amazon if they want to find their customers online,” he added. “This gives Amazon unprecedented power over these small sellers.”

In a statement, an Amazon spokesperson said: “We disagree with the preliminary assertions of the European Commission and will continue to make every effort to ensure it has an accurate understanding of the facts.

“Amazon represents less than 1% of the global retail market, and there are larger retailers in every country in which we operate.

“No company cares more about small businesses or has done more to support them over the past two decades than Amazon,” the representative told Digital Privacy News.

The EU’s statement comes as Amazon also faces antitrust scrutiny in the U.S.

The U.S. House Judiciary Subcommittee on Antitrust concluded last month that Amazon “has monopoly power over most third-party sellers” and that it “has used the data of third-party merchants to inform (its) own private-label strategy.”

Knox said: “Because Amazon controls the marketplace on which (third parties) sell, this gives it unprecedented access to their seller data.

“No company cares more about small businesses or has done more to support them over the past two decades than Amazon.”

“This is the kind of competitively sensitive information that no other retailer on earth would be able to see from a third party.

“Amazon can — and some evidence suggests that it does — use that data to figure out what customers like, what they’re buying and what products Amazon should make in-house.”

However, Knox argued that antitrust regulators have the authority to solve these problems.

“The first and most important step that any regulatory body can take against Amazon is to separate the company along its various lines of business,” he said.

“If you were to structurally separate the Amazon marketplace from Amazon’s retail operations — that is, Amazon-branded first-party retail sales — you would eliminate these kinds of problems.

“Only structural separation would solve this problem for good and eliminate the need for regulators to constantly monitor Amazon’s myriad activities, myriad industry interests and so on,” Knox told Digital Privacy News.

Andriani Kalintiri, lecturer in competition law at King’s College, London, said that Amazon’s statement in response to the commission “seems to take issue with the European Commission’s preliminary view that Amazon is dominant.”

Kalintiri explained that the specific provision of EU competition law that Amazon had allegedly violated “only prohibits abuses of a dominant position.”

“Accordingly, if Amazon does not have a dominant position, then its behavior would escape the scope of that prohibition,” she said.

Kalinitiri noted that assessing whether a company was dominant under EU competition law could be “highly complex.”

“If the implication in Amazon’s claim is that its competition is essentially every retailer — whether online or offline, anywhere in the world — this can be questioned.”

“Traditionally, the first step has been to define the relevant market so as to identify who the firm in question competes with and what share of the market it has — but defining the relevant market is easier said than done and may be the subject of disagreement,” she said.

“Amazon, rather unsurprisingly, seems to be arguing for a very broad market definition — i.e. ‘global retail market,’ where it ‘represents less than 1%,’” Kalinitiri explained.

“The commission seems to have defined the market more narrowly as ‘the market for the provision of marketplace services in France and Germany.’”

“Ultimately, this assessment is fact-specific,” she told Digital Privacy News.

“But, if the implication in Amazon’s claim is that its competition is essentially every retailer — whether online or offline, anywhere in the world — this can be questioned, to say the least.”