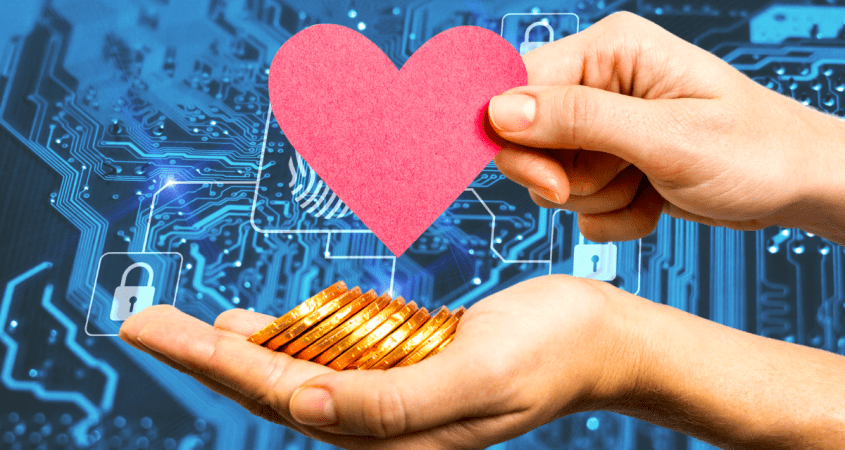 A story good enough to coax donations from individuals through a crowdfunding site is also a story likely to attract unwanted attention.

Intent on helping those in need — friends, relatives, animals, the environment or myriad other causes — consumers inadvertently mark a bullseye on themselves, said Stephanie Sullivan, founder of Protect Now, a technology company in Boston that equips individuals and professionals with digital privacy tools.

“You’ll be more vulnerable for a cause you care about,” Sullivan said. “All they have to do is hone in on your interests.

“You’ll be more vulnerable for a cause you care about.”

“That’s an easy hack for someone,” she added, referencing hackers and harassers who seize on personal details to bore into personal data.

Through a spokesperson, GoFundMe declined to comment on its privacy policies, practices or how it handles privacy violations. The crowdfunding site, based in Redwood City, Calif., also has operations in France, Spain, Germany, Italy and the United Kingdom.

No Restraints on Campaigns

Nonprofits accustomed to fundraising as official 501(c) (3) organizations usually treat donor information with respect — at least, if they want to earn repeat contributions — but the spontaneous nature of online campaigns entails no such restraints.

Broad sharing might pull in plenty of dollars, but it also trains an unexpected spotlight on those who ask for money on their own behalf and on those who organize appeals on behalf of others.

Appeals are likely to be especially abound in the 2020 holiday season, given the economic repercussions of COVID-19.

According to a study of giving intentions this year released last month by Classy, which creates software that helps nonprofits manage fundraising, 24% of Americans say they will give more this year because of the pandemic.

This year, health is the top-priority cause, replacing disaster relief as the number one cause last year and in 2018, according to the study.

Crowdfunding platforms are made for moments like this, said Carrie Dahlquist, director of strategic services for Campbell & Co., a Chicago fundraising consultancy.

“You tend to be more open to respond to a GoFundMe request, especially if it’s something you’re passionate about,” she told Digital Privacy News. “You’re thinking about how to respond in a timely and compassionate way, not as much about privacy — but anything you choose to post is in the public domain.

“The sites are very clear about that.”

While an established charity wouldn’t go public with a recipient’s story without permission — not to mention professional writing, fact-checking and disclaimers — people trying to boost crowdfunding appeals sometimes are not restrained by such concerns, said Dahlquist and other fundraising consultants.

“Anything you choose to post is in the public domain.”

“Well-intentioned people who are sharing information that’s private, unless the user asks the platform to take it down, there’s no obligation to do so,” she said. “You have to be really careful about what information you’re sharing.”

Robert Hoskins, a public relations consultant in Austin, Texas, who specializes in crowdfunding campaign communications, said he fielded requests all week long from people who wanted to craft appeals that drew donations while disclosing as few details as possible.

The crowdfunding model makes that an impossible balance, Hoskins told Digital Privacy News, because winning appeals evoke emotions that prompt donors to give — and emotional reactions are catalyzed by heartbreaking stories with lots of details.

“People say they don’t want to beg, but they are begging,” he said. “If you’re going to beg, do it professionally.”

That means, Hoskins said, painting a full-color picture of the worthiness of the recipient, exactly how the need came about and how the recipient’s life will improve with the inflow of money.

The lines between crowdfunding and traditional fundraising are blurring, as charities seek to structure their own socially fueled campaigns.

As such, consumers need to be even more careful to look at the underlying policies to ensure that they are responding to an appeal on a platform that won’t backfire on their own privacy goals, consultants told Digital Privacy News.

“People say they don’t want to beg, but they are begging.”

Even if a charity pledges to keep your information confidential, it might not be using a donation platform that offers the same assurance.

“Some will collect your information and sell to you directly,” said Rob Wu, CEO and co-founder of New York-based CauseVox, which provides digital tools for small and local nonprofits to run online fundraising campaigns.

“If you’re donating online or offline, either way, your information is stored — unless you just dropped off a big bag of cash.”

Here are some tactics that can help beat back some privacy vulnerabilities with crowdfunding:

The more information that potential donors can gather right away, the less motivated they are likely to be to track down campaign organizers with follow-up questions, charity consultants said.

“Given the disparity in how a donor’s contact information is managed, it is imperative that donors look at the privacy policies of any organization before they make a gift — so they know what to expect in terms of how their personal information is going to be handled,” he said.