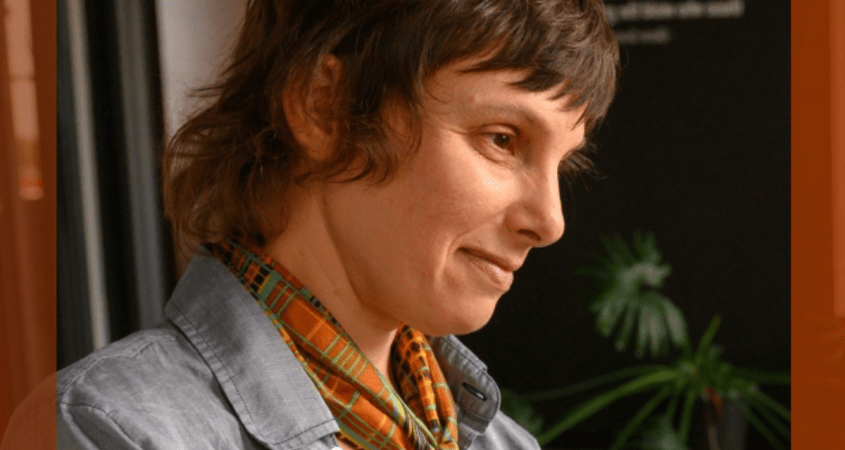 Kate Kaye is a journalist in Portland, Ore., who has covered technology, data and privacy for more than two decades.

She recently started a podcast for Smart Cities Dive called “City Surveillance,” which has her traveling across the country interviewing surveillance experts and regular citizens about “smart cities.”

Kaye told Digital Privacy News that her journeys had opened her eyes to the dangers of the surveillance apparatus in the U.S. and that she hoped her podcasts would do the same for others.

How did your other journalism work shape this project?

I really didn’t have a huge background in this kind of journalism.

I had just finished up a podcast series about Portland’s facial-recognition ban called “Banned in PDX.”

That got me thinking, “I can do this.”

I’m interested in city technology and government use of technology, because it has so many implications for our lives.

“I didn’t realize just how many surveillance camera networks we have around the country.”

Having been very steeped in the issues associated with tech ethics and having a long background covering data-privacy issues, I think I had a pretty good foundation to jump into this.

What have been some of the more shocking things you have learned?

I didn’t realize just how many surveillance camera networks we have around the country — and that fact that we have hundreds of real crime centers, too.

They are the localized versions of fusion centers, which are the monitoring centers set up by (U.S.) Homeland Security after 9/11.

I don’t know about shocking. But revelatory? Definitely.

The concept of a smart city is based on the idea that a city implements modern technology and data analytics to make for a more efficient government, a more efficient transportation system.

It might help a city really understand how people move around the city and make sure bus routes accommodate underserved communities.

There are lots of elements of the so-called smart city that can be very good; it’s just that where it can go awry is so very dangerous.

Are people susceptible to accepting things like smart technology or smart cities because of the convenience factor?

I don’t think it’s convenience. I think it’s the perception of safety.

That tends to be the main selling point, in a lot of ways — especially for regular people.

The guy who runs the (homeowners’ association) in Tennessee that I talked to, he told me that they are concerned about people breaking into their cars.

That is one of the number one reasons these license plate readers are used.

But there are all these other implications for how this data usage can go awry that people might not be aware of.

Do people have an incorrect assessment of the current surveillance or privacy situation in the United States?

If they might be exposed to a news story that says a facial-recognition system was used improperly, and someone ended up in prison because of it, they might say, “that’s terrible.”

So, maybe facial recognition seems bad to them — but they might not see the broader implications of what surveillance technology in general can be used improperly or in a discriminatory manner.

Does government surveillance take up too much of the conversation?

I don’t think it takes up too much. It is important, but we should be talking more about all the other forms and entities (in which) surveillance exists.

If a whole neighborhood has Ring cameras, I can be walking down the street and be picked up by all of those cameras.

“There are all these other implications for how this data usage can go awry that people might not be aware of.”

One of the things I looked into for the show was how local police departments get funding from independent organizations to help them purchase surveillance technology.

A lot of the time what happens with surveillance conversations is that they are heavily focused on police surveillance, which is important, but it is not the only place it is happening.

They tend to be very much focused on the civil-liberties part of the issue — but reporters are not talking to the people who are responsible for buying this technology.

If we do not understand why people are still purchasing this equipment, then we won’t ever really understand the issue.

How do you see the partnership between government and private business regarding surveillance and data-mining?

Some of these private-ownership situations have such a lack of transparency that you would at least have some semblance of if it was purely a government procurement situation.

In New Orleans, it is totally convoluted — because their real-time crime center is not officially run by the police department. It is funded in part by private dollars and operated by a Homeland Security division.

It is this hybrid situation that clouds transparency, that makes it a lot easier for the police to use this technology and to make themselves not accountable.

Has, in your experience, the conversation shifted — if at all?

People are cognizant of these issues more than ever, especially in the past year or two.

Maybe it was the 2016 election or the Cambridge Analytica scandal: the idea that data is being exploited in a way that can have an impact on our elections pushed it into the mainstream.

It has risen to this crescendo moment.

What do you hope comes out of your podcast?

I would love it if people who don’t always think of this stuff would listen.

The problem with this whole subject is you’re always preaching to the choir.

“A lot of the time what happens with surveillance conversations is that they are heavily focused on police surveillance, which is important, but it is not the only place it is happening.”

You are always telling the story to the people who are immersed in the issue — who are personally interested in it — so they already know a lot about it.

Part of my goal was to have the podcast be something that anyone, regardless of interest, could get into.

Where do you see the average American city in 15 years?

We are going to see more tech-driven cities, for better or worse.

That is going to mean more benign, or seemingly benign, uses of technology like license-plate readers or parking-enforcement programs.

The pandemic has made it so nobody has any money, so what we might see is that surveillance companies will offer cities this technology in exchange for ownership of the data it collects.

Vaughn Cockayne is a Washington writer.