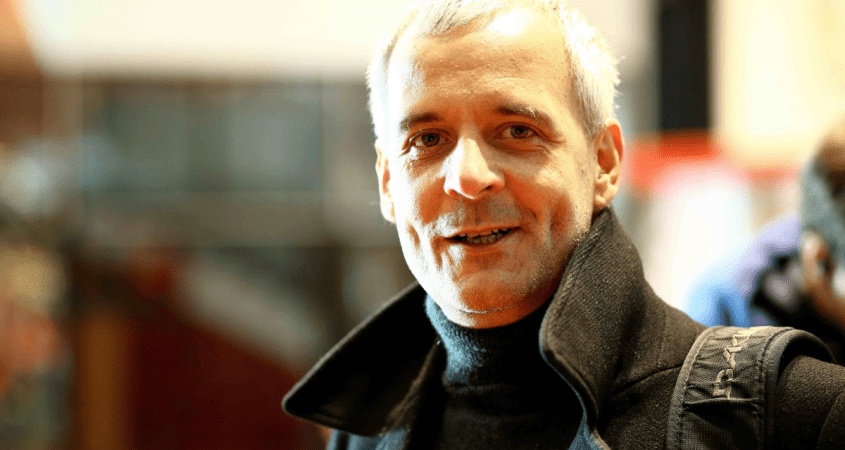 ‘China Was Always a Surveillance State’

Investigative reporter Kai Strittmatter has a clear-sighted view of modern China and a grim analysis of the global ambitions of the Chinese Communist Party (CCP).

A techno-dystopian dictatorship is laid bare in his 2019 book, “We Have Been Harmonized: Life in China’s Surveillance State,” which was drawn from Strittmatter’s 30 years of studying China, including more than 20 years as a correspondent in Beijing for the German newspaper Sueddeutsche Zeitung.

Strittmatter, 55, documents how AI surveillance startups were heavily financed by the state in exchange for loyalty to the CCP — all part of Beijing’s rush to become the world’s economic leader at any cost.

In the first of a three-part interview, Strittmatter told Digital Privacy News that China had always been a surveillance state, but that things took a more aggressive turn in the “big bang of 2017.”

What do you mean by “we have been harmonized”?

“Harmony” has been one of the party’s favorite words in the past decade: Where other people see repression, the party speaks of “maintaining stability” (weiwen) and creating a “harmonious society” (hexie shehui).

“It is really one of China’s ambitions to become an economic power.”

It’s the harmony between orders and obedience.

“Harmony” in CCP-speech is when ordinary people don’t make a fuss.

But isn’t there also a hidden meaning?

Chinese netizens have for a long time developed their own language that includes the ironic use of propaganda buzzwords.

So, in the Chinese internet, the phrase “I have been harmonized” for many years now has meant: “I have been caught by the censor, and my online comment — even my entire account — has been deleted. I have been brought into line.”

When did you first notice this shift to a high-tech surveillance state?

China was always a surveillance state and has always used all the means they could get their hands on.

I worked there as a journalist from 1997, and we knew then they were checking on us: reading our emails and listening to our phones.

And don’t forget: China has had the internet for more than 25 years and has successfully controlled it right from the beginning.

That said, the tools they were using then weren’t as sophisticated as they have become.

At what point did those surveillance tactics evolve through tech?

It was 2017. I wanted to write about classic methods of dictatorship and how new technologies were being adopted into that process.

But when I started collecting data and writing, there was an explosion in new surveillance technology in China — “the big bang of 2017.”

In the spring of 2017, the government came out with an AI strategy that was about technological progress and economical gain, but also about surveillance.

This remarkable paper stated that by the year 2025 China wants to have caught up with the leading nations (in AI development) — and by 2030, it wants to be ahead of all of them.

“‘Harmony’ in CCP-speech is when ordinary people don’t make a fuss.”

That paper launched an absolute explosion on the startup scene. It started raining money and entrepreneurs had carte blanche. Anything in AI had state support — and the state was showering them with money.

The party knew it could never reach its targets with state-owned companies because they’re not agile enough.

So, it worked with private startups and funded them and supported them — and all the while, made sure they would cooperate with the party to the highest extent.

The U.S. and Silicon Valley also were making advances in AI at this stage. What’s the difference?

The thing you must understand about China is its sheer scale of ambition and speed once the central government has identified a target.

At that time, one of those startup guys from a facial-recognition company told me: “We know the U.S. is still ahead of us in many fields, but if you look at what we are putting to work on the ground — if you just look at that — we are already far ahead of the U.S.”

When I asked him, “How is that?” his answer was: “Because our government supports us, meaning we don’t have the same restrictions here. We don’t need to care about privacy and data-protection.”

What was the motivation behind this?

It is really one of China’s ambitions to become an economic power.

They missed the Industrial Revolution — and that is why the West overtook them in the 19th century.

Now, they’re saying: “This is not going to happen again. We are going to be number one in the information revolution and information technology.”

“The thing you must understand about China is its sheer scale of ambition and speed once the central government has identified a target.”

And of course, they want to be number one economically.

So, all their high-tech efforts are not entirely about surveillance, but the two goals go hand in hand.