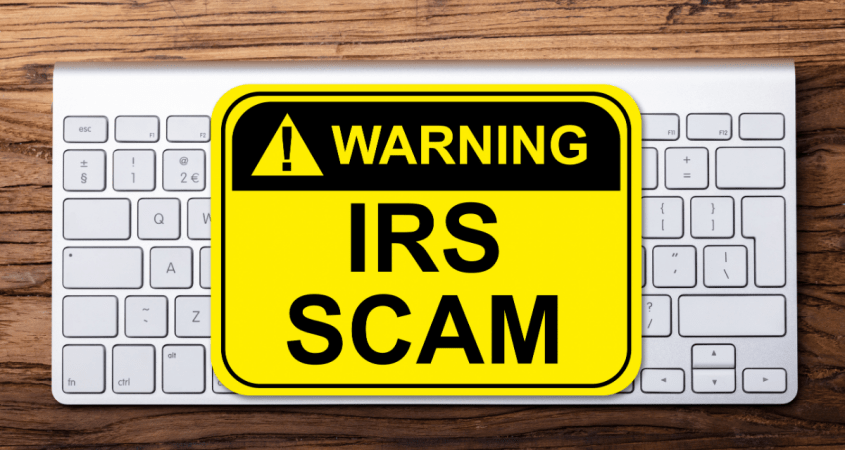 When the IRS calls, taxpayers must answer.

But even with new tools the Internal Revenue Service has introduced to try to secure digital communication, taxpayers still must guard their data and access information, so they don’t make themselves targets for privacy intrusions, experts told Digital Privacy News.

Largely in response to COVID-19 chaos intersecting with the possibility of fraud, the agency has created what it describes as a “secure” portal where taxpayers can view the information that it has on file for them.

If you use the site, however, don’t let your guard down, said Ronald Semaria, a former IRS agent and fraud consultant and investigator in Brooklyn, N.Y.

“There is no one foolproof site,” he told Digital Privacy News. “By the time someone makes up a program to protect you, somebody else is doing something to unprotect you.”

The IRS holds confidential information that is a target for fraud and privacy invasion, Semaria said.

“There is no one foolproof site.”

That’s why he advised taxpayers to use unique passwords to access any IRS portal, lest thieves hack the site or emails sent to it and deduce a password that citizens also use for other websites — clearing the way for privacy violations.

The last thing taxpayers want to do, Semaria said, is reflexively respond to an email purportedly from the IRS with confidential information.

“If you really did something wrong, the IRS will get hold of you — and, meantime, you have time to check it out,” he said of communications claiming to be from the tax agency.

Be skeptical, he said, of all unsolicited communication from the IRS. Verify the identity of the sender before giving any personal information, he cautioned.

“Most tax communications should be done by phone or mail, to avoid scam emails,” said Patrick Daly, a partner with the New York CPA firm Citrin Cooperman.

“Notices from the IRS should be communicated via phone or mail,” added Daly, who leads the firm’s practice for high-net-worth individuals.

“If there’s an audit, the taxpayer needs to be in touch with the IRS agent and then potentially deal with the IRS portal.

“There should always be communication with the IRS to be sure you’re dealing with the right person,” he said.

The IRS did not respond to requests for comment about the portal or its efforts to ensure taxpayer privacy via digital communication. The agency announced last week that it was extending certain April 15 tax-filing and payment deadlines to May 17.

“Most tax communications should be done by phone or mail, to avoid scam emails.”

Given the confusion of start-and-stop employment, unusual income sources, one-time forgivenesses and pandemic-related regulations, this is an especially difficult year to corral all the paperwork to accurately assemble your tax return, he said.

“If you haven’t filed a tax return in several years and you have had several employers, you might not be able to track them down with your W-2’s from every employer, but they should have forwarded those to the IRS,” Harper told Digital Privacy News.

Through the portal, “You can confirm and verify what the IRS does and doesn’t have,” he added. “The IRS portal doesn’t know everything about you, but you can see what the IRS has.”

Only for Paying Taxes

The accountants do agree on one thing, though: The portal is not intended for conducting communications with the IRS. The main function taxpayers can accomplish through the portal is actually paying taxes, Harper said.

“Whether you’re self-employed or in a staff job, instead of printing out a form and sending via certified mail, you can log on and pay electronically and get an instant confirmation,” he said.

“You don’t have to be worried about it being posted to a wrong account,” he added. “It’s efficient to confirm right there that the payment is in the specific spot and confirmed.”

Typically, Citrin Cooperman’s Daly explained, the IRS sends formal communication via United States Postal Service Inc., which is covered by special privacy cloaks through its status as a quasi-governmental agency.

Legitimate IRS letters include telephone numbers for IRS offices and agents, he said.

“You can log on and pay electronically and get an instant confirmation.”

“Call the number in the letter and verify that number by looking online to be sure that it’s the IRS,” Daly cautioned. “The IRS will never email the taxpayer for information.

“If you get an email from the IRS asking for information, that is a scam email.

“Definitely,” Daly warned, “do not send information from an email to someone pretending to be from the IRS.”