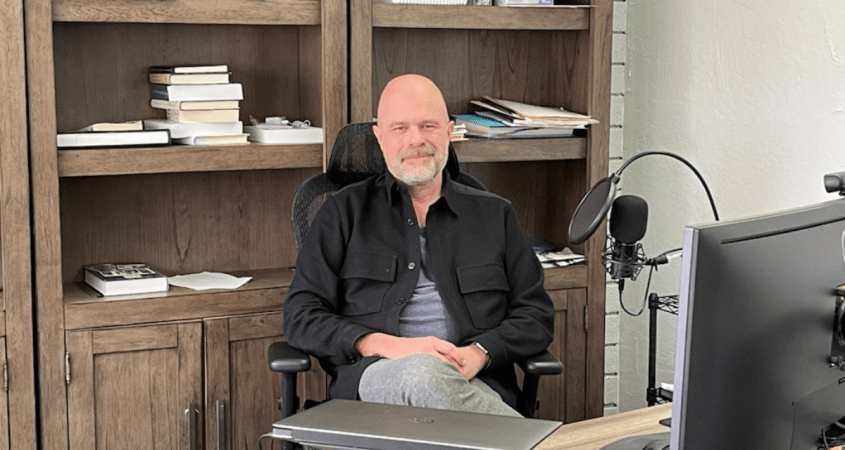 The Information Revolution Has Turned Us Into Digital Economic Objects

Digital Privacy News marks its first anniversary Tuesday. In the first of two essays, Publisher Peter S. Magnusson explains the technological and societal changes that created us and our mission.

In recent years, “privacy” has gone from an obscure concern to an everyday worry among the public.

The forces that undermine our privacy have become deeply ingrained in our political and economic systems.

During the Industrial Revolution, citizens became physical economic objects. Extensive reforms to basic labor laws, for instance, became necessary — though not before the world had gone through convulsions of revolutions, global wars and genocide.

The Information Revolution has turned us into digital economic objects. The changes arguably are even greater than those of the Industrial Revolution — and the outlook for the next century is bleak.

Tuesday marks the first anniversary of Digital Privacy News, which seeks to create an independent source of news about digital privacy.

With our lives increasingly lived in the digital space, especially after this year of COVID-19 adjustment, the need to add “digital” to our name is becoming superfluous.

“The outlook for the next century is bleak.”

“Digital privacy” and “privacy” have become the same. Thus, when we launched an automated news aggregator more recently, we simply registered it as “privacy.news”

The origins of Digital Privacy News date to 2016, when I first decided that the next phase in my career would be focused on something completely different: digital freedoms in general, which became digital privacy in particular.

Sparing my life’s story, suffice to say that, as a child I was blessed with a wide range of cultural experiences. As a young adult, the blessings continued through extraordinary educational opportunities.

That, in turn, fed into a serendipitous career in Silicon Valley, where I found myself “in the room” during the current phase of the Information Revolution — from about 1990 to now.

What I left with was not a desire to retire to an island. Instead, I found a deep angst along the lines of “What Hath Man Wrought!”

David Lawrence raised the issue in a famous editorial he penned in 1945 for The United States News (now U.S. News & World Report) on the nuclear bomb.

“Man has discovered that a means of destroying whole nations is available out of the minerals of the earth.”

Ironically, our Information Revolution also is built on mastering the minerals of the earth.

I was born into this “revolution,” discovering personal computing as a young person around 1979 — and was forever hooked.

I was too young to understand “The Promethean Bargain” that we all were participating in and was at hand: the unintended consequences of putting an increasing amount of human communication into a single digital space.

And, true to the unpredictability of human history, COVID became both a reason — and an excuse — to move even more online. And as revolutions are wont to do: moving everything online that’s left of human interaction accelerated at a dizzying rate.

The very nature of human interaction now has been moved onto a surveilled medium. The most basic interactions — job meetings, birthday parties, dating — are on systems that are easy to surveil and trivial to capture personal data with.

At the beginning of our journey, Digital Privacy News tried to look at what possibly could be done about privacy. One thing stood out: The systems through which information about privacy were distributed were themselves invading your privacy.

“Man has discovered that a means of destroying whole nations is available out of the minerals of the earth.”

Whether it be a Google search, asking friends about a problem on Facebook, or clicking through news stories and blogs — your behavior is being recorded and studied.

For me, the final straw was visiting The New York Times’ “Privacy Project” — and, literally, finding dozens of “trackers” on a page that was presented as a reliable guide.

To understand a problem, you must be informed. With a few exceptions, notably the Electronic Frontier Foundation, precious few resources were available to inform yourself and to respect your privacy while you did.

We decided to start fresh, with a from-scratch, privacy-focused news service — with independent reporting. And one that did not rely on advertising nor information-gathering about readers.

“The very nature of human interaction now has been moved onto a surveilled medium.”

We put out a call for editors and were fortunate enough to attract Todd Beamon, with decades of journalistic experience. We complemented the site’s know-how with parallel engineering efforts on privacy, via the nonprofit Magnusson Institute, and sought out freelance writers around the world.

The results have been phenomenal.

If you now Google “privacy news,” both our main journalism site — dp.news — and our companion aggregator — privacy.news — are on the first page of results.

We cover stories that get minimal coverage.

We have continuing reports from Hong Kong, China, India and the U.K. — throughout the United States, of course — and we have published more than 50 articles on COVID-19 and privacy.

We continue to accumulate a global “Who’s Who” of academics, privacy advocates, technologists and other commentators through our “Q&A” series.

“We cover stories that get minimal coverage. … Digital Privacy News is nonpartisan.”

Digital Privacy News is nonpartisan. We have interviewed Democrats and Republicans — and we hope to feature all political persuasions.

We thought the problem was bad when we started. Actually, it’s worse.

Consider how Facebook promised to respect privacy and not read your messages when they purchased WhatsApp. That didn’t last.

Or, how the case involving actor Jussie Smollett proved that emails you had drafted but never sent could be retrieved and used against you by law enforcement — even after you’d deleted them.

“We thought the problem was bad when we started.  Actually, it’s worse.”

Or, how we are normalizing “doxxing” as a society.

Our culture appears to be accepting the repeated occurrences of online mobs invading privacy of targeted individuals, and their families, and publicizing personal information to harass or destroy their lives.

Like the unavoidable “Salem” reference, online participants fear pushing back on doxxing for fear of being doxxed themselves.

Thus, when the Parler web site simultaneously was attacked by hackers and abandoned by its technology vendors, lost in the noise was that an unknown number of users — neither guilty nor accused of anything criminal — had personal data taken to an extent unknown at this point.

We have tried to cover that aspect, but we cannot find a writer willing to take on the assignment.

Consider this: We’ve had an easier time finding writers on the ground in Asia, writing for us under a pseudonym, than locating American journalists willing to investigate doxxing.

This matters because your political opinion or party affiliation is not a federally protected category.

You can be fired for anything political that your employer or colleagues disagree with — and your company may find it easier to dismiss you than to address the complaints.

All of this information is easier to find with a lack of privacy — and there appears to be few consequences, if any, for social doxxers.

“Your political opinion or party affiliation is not a federally protected category.”

You may have read about much of this already — and you’ve probably left digital breadcrumbs every time you read or shared an article about privacy.

Today, the news media and social communications that we rely on, ironically, are financed by those who profit from our data.

When has mankind faced a threat, external or of our own making, where the threat itself controls and influences our decision-making?

Odds are good that your feelings about your loss of privacy are a mixture of “Well, it’s convenient” and “What can you do?”

What you must consider is this: A lot of money and a lot of very smart people are working hard to make sure we feel that way. As soon as specific incursions cause an outcry, a temporary withdrawal takes hold.

But it’s only temporary.

Like the frog in the fable, we must jump out of this pot of slowly warming water — before it starts boiling.

At which point, it will be too late.

But how can we possibly fight these forces? Truth.

“When has mankind faced a threat, external or of our own making, where the threat itself controls and influences our decision-making?”

That’s why we created Digital Privacy News. Perhaps by shining a relentless light on the matter, we can make the beast blink.

That’s why I became a publisher.

Now, one year after launching this news website, I’m very proud of what we’ve accomplished, with so few people and so little resources. Perhaps there is some hope.

But, regardless of the odds, I won’t go silently into this digital night. I will rage against it.

Peter S. Magnusson is the publisher of Digital Privacy News.