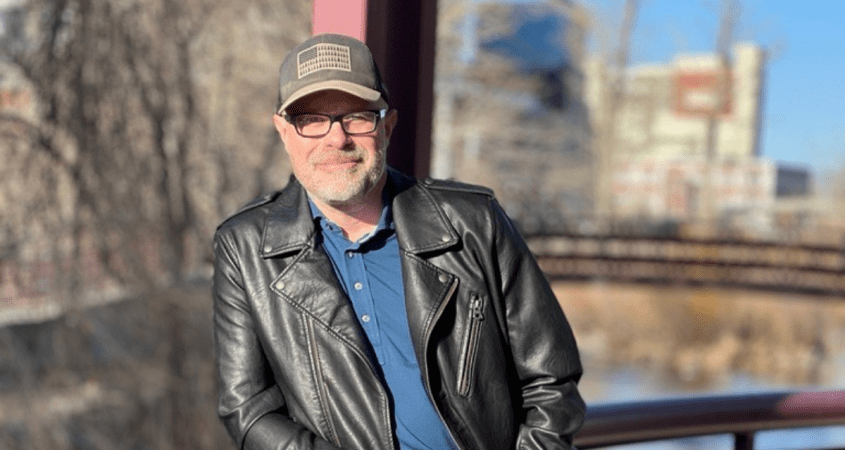 Digital Privacy News marked its first anniversary Tuesday. In this final essay, Publisher Peter S. Magnusson explains how products purporting to protect data privacy are financed by those seeking to invade it.

Public awareness of the consequences of losing privacy has been rising dramatically in the past few years.

Unfortunately, growth is occurring within the very fabric of information collection and control.

You may have noticed the increased marketing around a variety of products promising “identity protection” or to “protect your online activity.”

For the most part, they are as honest and effective as the diet programs lauded every January on the covers of magazines on racks in your local checkout aisle.

Here are a couple of brands that might have been pitched to you:

At the time of writing this, the page has nine “trackers,” including for the advertising networks of LinkedIn, Google and Facebook.

Why is Norton telling all these companies about my interest in identity protections?

Embedded in its policy is this statement: “ … We may disclose the personal information we process to third parties for business purposes.”

In other words, Norton can do what it wants. The company shares that data when I am simply trying to inform myself about its privacy policy.

Leave aside the “Kafkaesque” nature of a privacy policy page with trackers, consider the corporate culture this reveals, not to mention that Norton has been “protecting” consumers online — in various corporate forms — for 30 years.

Norton LifeLock “shares that data when I am simply trying to inform myself about its privacy policy.”

If they had a viable long-term solution, we would have known by now.

Norton also was ordered, in 2015, to pay $100 million to settle Federal Trade Commission charges of failing to protect consumer information and deceptive advertising.

Consider this “pitch” by a major podcast spokesperson last week:

“Here is the reality: Big Tech, they are not out to protect your best interests; they are out to monetize your data — and, by the way — to use that data against you. … Turning on incognito mode in Chrome or Safari (is) actually not enough; it doesn’t matter how often you clear that browsing history, your internet service provider can see every single web site you’ve ever visited — (and) they can sell your data to advertisers, which is why I use ExpressVPN to keep my online data secure and private (and) make sure … third-party trackers can’t see (my) online activity.”

First, a VPN, run properly, can provide some protection. But the companies that a VPN specifically will not protect you from are the Big Tech companies.

They have other ways of knowing your location.

“The best VPN in the world will do close to zero to protect you from what LinkedIn, Facebook and Google are gathering.”

Consider also the example of Norton’s “privacy center” page cited above: The best VPN in the world will do close to zero to protect you from what LinkedIn, Facebook and Google are gathering.

What will help a little is turning on incognito mode, from which the ExpressVPN pitch dissuades.

The conservative podcaster featuring the pitch also happens to not mention that the company running ExpressVPN is registered out of the British Virgin Islands.

Otherwise, ownership and control of this company is unknown.

If you buy its VPN, all your internet data will flow through servers controlled by a company outside the jurisdiction of the United States — and that’s true of most of the current VPN providers that users may come across!

Not only that, one analysis of the top 100 VPN providers showed that about a third were owned and controlled by companies that ultimately fall under new Chinese cybersecurity laws.

Over the past few years, China has enacted several laws, allowing it to cast a global reach of censorship and surveillance.

For another 20% or so of the VPN providers, the survey could not determine ownership nor control.

Yet, somehow, these companies all are more trustworthy than your local ISP provider?

I picked Norton and ExpressVPN because they appear to have very large marketing budgets — and I personally keep coming across them.

Why? Because protecting your privacy is a negative monetary return.

Unhealthy soft-drink makers spend a lot of dollars to persuade you to buy their products. There’s no business model to pitch to you against buying their brands.

Generally, any company that advertises protecting your privacy with a digital product requires careful inspection. And, for the most part, the results are not pretty.

Economists call this a “negative externality.”

If you turn to various “open source” and volunteer projects, the story isn’t much better.

It turns out to be a chore to do so — and after doing your best, it still contains multiple “phone-home”-like activities.

But why doesn’t Firefox work better out of the box? Because Google pays its bills.

“Time and again, we see efforts to fight the onslaught of advertising fail.”

Mozilla avoids full transparency into its overall operations, but we do know from the company’s 2018 financial report that it earned roughly $450 million in revenues, of which about $430 million — 95% — came from search-engine royalties.

It’s unknown how much of that comes from Google. Mozilla has not reported details on its new 2020 contract with Google — but in 2019 its share from Google was 88%, or $397 million.

Those dollars all come from advertising.

In fairness, the Mozilla Foundation does much good and provides a number of tools — and many employees care deeply about privacy.

But only so much can be expected from them to rock the boat. Online advertising goes away. Then, they go away.

Even the most ardently promoted projects look frayed on inspection — if not right away, then over time.

The Brave browser ultimately is pursuing its own advertising model. AdBlock Plus long was a go-to tool for general protection from ads, but eventually decided to pursue the concept of “acceptable ads.”

What that means is — I kid you not — that you need to pay them to approve the ads you get to see.

Time and again, we see efforts to fight the onslaught of advertising fail. They either adopt advertising as their revenue source — despite semantic efforts — or they get acquired by the behemoths.

Why? Because mind control is very valuable.

“The more information you have on customers, citizens and voters — the more you can influence them.”

The more information you have on customers, citizens and voters — the more you can influence them. To buy your product. To support your agenda. To vote for your candidate.

The amount of money that can be made per U.S. citizen every year by controlling the information they see is frightening.

The large platform companies deliberately have obfuscated this.

Facebook long ago stopped breaking out its revenue-per-U.S.-user data. Arguably, a factor in its acquisition of WhatsApp was to dilute the numbers into a vast sea of two billion global users.

Famously, Google considered splitting the company before its 2004 IPO (to avoid public-market regulations), reportedly to hide from competitors how profitable its strategy was.

“The amount of money that can be made per U.S. citizen every year by controlling the information they see is frightening. The large platform companies deliberately have obfuscated this.”

If the free markets are unable to inherently respond to the needs of even enlightened customers, then our recourse most likely is legislation.

But that ship long has sailed.

The 2008 election cycle introduced both political parties to the power and allure of Big Data. They haven’t looked back.

Each election cycle is worse.

Today, both organizations are “locked” — depending on Big Tech platforms for fundraising and reaching voters.

Consider this: Open Secrets, the website of the nonprofit Center for Responsive Politics, estimated that $14 billion was spent on last year’s election — and that is not counting the additional billions on local races.

“All the information about every single U.S. voter is in systems designed to figure out how to spend the money the best.”

All the information about every single U.S. voter is in systems designed to figure out how to spend the money the best: Which districts? What are the issues with which to influence voters? A different “face” would be presented, depending on who you are and where you live.

Most of these efforts are spent on swing voters.

How about this thought experiment: 160 million votes were cast in the 2020 presidential election. Let’s say 10 million really mattered?

Still, let’s say half the money spent was wasted and half put to good, targeted use on swing voters and turnout in swing districts?

“Americans have become so accustomed to the status quo that we don’t stop to ask ourselves the sanity of our current situations.”

Now, compare that to the fact that 40% of Americans would not be able to handle an unexpected hardship expense of $400?

It’s a thought experiment because we lack the transparency to determine any of the details.

We don’t have to wait for digital bread and circuses. They are here — now.

You are more influenced by context than you may think. There is plenty to read on how your cognitive biases can be preyed upon.

I’d recommend Jonathan Haidt, author of “The Righteous Mind” (2013). Or even an excerpt.

Your mind is influenced much more than you realize — by context — and with our increasingly digital life, that context is designed by somebody intent on influencing you.

Americans have become so accustomed to the status quo that we don’t stop to ask ourselves the sanity of our current situations.

“We are putting the finishing touches into a machinery that, should the United States — even for one second, have authoritarian or one-party rule — it will be a one-way street.”

And these groups have almost unfettered access to information about voters: where they live, who their neighbors are, pictures of their homes from the street, their religions, their ethnicities, satellite images of their backyards, with whom they communicate, their educational levels, their genealogies, how they’ve donated in the past, how they’ve politically registered, what TV programs and movies they watch, what jokes they like.

We are putting the finishing touches into a machinery that, should the United States — even for one second, have authoritarian or one-party rule — it will be a one-way street.

Ask yourself: Why does Germany not allow Google Street View, or gathering sensitive information in its census, or any number of other privacy protections?

Because that country has uniquely experienced both ends of the spectrum: right-wing authoritarian rule and left-wing single-party rule.

Peter S. Magnusson is the publisher of Digital Privacy News.