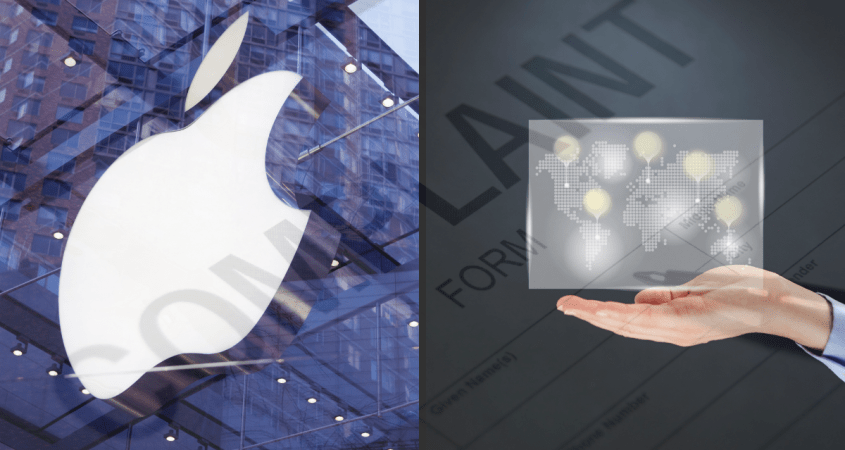 Apple Inc. faces an investigation by the French privacy regulator after a coalition of French startups alleged that the company was violating EU data-protection law.

“Apple is not playing by the rules.”

The changes, initially slated for late last year, are to take effect this spring, according to guidance on Apple’s website.

In the complaint, seen by Digital Privacy News, France Digitale alleged that Apple did not intend to apply its new privacy standards to its own first-party tracking of users.

The group claimed that Apple’s tracking would continue to be enabled by default unless users opted out via their phone settings.

France Digitale accused Apple of violating multiple parts of GDPR, including requirements around consent, notice and lawfulness of data-processing.

“We believe that Apple is not playing by the rules,” Nicolas Brien, France Digitale’s CEO, told Digital Privacy News.

“We are surprised that EU privacy watchdogs let them go, while startups are facing investigations pretty much every week,” he said.

In a statement, an Apple spokesperson said: “The allegations in the complaint are patently false and will be seen for what they are: a poor attempt by those who track users to distract from their own actions and mislead regulators and policymakers.”

Currently, both Apple and third-party apps can track behavior for analytics and ad-targeting purposes unless users opt out.

Under EU privacy law, businesses must obtain opt-in consent before placing or accessing cookies and similar technologies on devices.

“As a matter of best practice — and not just in the EU, but everywhere — companies should ensure that targeted advertising is ‘off’ by default,” said Veszna Wessenauer, research manager at Ranking Digital Rights, a Washington-based research program that evaluates digital platforms’ respect for user rights.

“We expect companies to enable people to opt-in to receive personalized ads, and then to have control over how their data is used for the purposes of ad targeting,” Wessenauer told Digital Privacy News.

“The allegations in the complaint are patently false and will be seen for what they are.”

“While iOS does give users the ability to control how their data is used for personalized ads, targeted advertising is not off by default on iOS devices,” she added. “Users have to tap to turn off personalized ads in their privacy settings.”

In November, the Austrian nonprofit, None of Your Business: European Center for Digital Rights (NOYB), submitted complaints to privacy regulators in Spain and Berlin.

The complaints allege that Apple was violating another EU law, the ePrivacy Directive, by installing its ID for Advertisers (IDFA) on devices without consent.

In March, the U.K.’s Competition and Markets Authority (CMA) announced an investigation into how Apple distributes third-party apps via its App Store.

“Companies should ensure that targeted advertising is ‘off’ by default.”

The investigation will consider whether Apple’s terms for developers violate antitrust law.

However, Ranking Digital Rights’ Wessenauer said that Apple compared favorably to other platforms regarding how it collected user data.

“Apple is the only platform in the Ranking Digital Rights index to disclose it does not track users around the web,” she said.

“This really sets Apple apart from other companies that track people around the internet and collect data on their browsing habits and online activities.”

“Apple is doing more than most companies when it comes to elevating privacy and putting it front and center in people’s minds,” Ostrin told Digital Privacy News.

“They have realized that privacy is not just about compliance — it’s a marketing tool as well,” he added. “I, for one, applaud them for it.”

Apple has “realized that privacy is not just about compliance — it’s a marketing tool as well.”

“When Apple shuts out companies whom it claims are harming people’s data rights, those companies will claim Apple is doing so simply to concentrate power in its own hands,” he said.

“This will always be a risk — and this is precisely what regulators are for.

“It will be for privacy and competition regulators to balance between the very important right of users’ privacy and Apple’s amassing of monopolistic powers.”