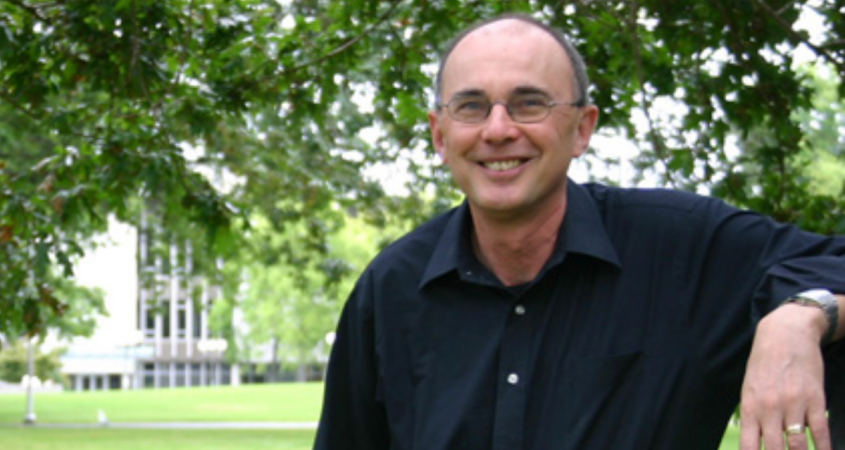 Colin J. Bennett is a professor of political science at the University of Victoria in Canada. He is a fellow of the university’s Surveillance Studies Centre.

His research focuses on the use of surveillance policy at the domestic and international levels. His most recent research has been into the use of data analytics during elections and how it has affected worldwide democracies.

Bennett, who holds a doctorate from the University of Illinois at Urbana-Champaign, told Digital Privacy News that exporting “data-driven” political campaign strategies to other countries is a threat that should be resisted.

In your research, the claim that “privacy is limited by democracy” comes up a few times. What does this mean?

Historically, privacy regulation has been directed at government agencies or to the commercial sector.

“In the United States, there really is no regulating body that can look into this.”

Until now, there has been very little attention as to whether or not personal data is actually used for targeting the electorate.

There is a lot more attention as to how personal data should be used in democratic processes.

What have “data-driven” political campaigns meant for privacy rights?

It is a bit different in the United States, because there are very few privacy laws directed at this data.

Your First Amendment privileges political communication — and, therefore, any attempt to restrict the way data on the electorate is used in political campaigns is immediately going to come up against those constitutional issues.

It is different in other countries, where there are comprehensive data and privacy laws that say — essentially — that this information is very sensitive and should only be captured with the consent of the individuals.

In Europe, for example, the use of these practices and the extent to which they can be mobilized in elections is limited.

You have this industry: People who want to make money off elections. Pollsters, data analysts, the voter-influence industry.

They have been able to argue that these practices work in the United States.

Cambridge Analytica is the most extreme example of this.

It is taking some of these products to different democracies with different traditions and laws, arguing that the same system can work in France, Germany or the United Kingdom — or wherever.

That is a problem and something, I think, needs to be resisted.

What is “microtargeting” in elections? How does it differ from how campaigns were run in the past?

The argument is that who you are, what you’re interested in, what your demographics are — and, from there, they can fill in all kinds of information about what your other interests might be, what kind of messaging you might be receptive to — online and in other formats.

That is microtargeting: You are looking at who in a demographic could be influenced.

It is defining the electorate by the demographic and locational variables — and saying, “This person is someone who can be influenced.”

The (Republican President George W.) Bush campaign of 2004 is sometimes seen as the initiation of this tactic.

But the assumption arose after the 2008 (Democrat Barack) Obama campaign that one of the main reasons for his success was his targeted use of social media.

This gave rise to the industry that is now exporting microtargeting and data-driven tactics to other countries.

What are some of the difficulties studying the effect that data-driven campaigns have on different democracies and political cultures?

It goes to the heart of our relationship with our politicians.

In your country and mine, it is typical for candidates to come and knock on your door and to ask you who you are going to vote for.

In other countries, it is not.

In fact, if a politician showed up at someone’s door in Brazil or Spain, it would be horrific.

So, direct candidate-voter communication is not common — and social media plays a bigger role.

There is extensive use of Facebook, WhatsApp and other tools in these countries — because it is one of the only ways for candidates to get these messages to their voters.

An understanding of what data is used and what data can be used is very much dependent on political culture.

But now, these unregulated tactics so common in the United States are showing up in different political cultures — with detrimental impacts to democracy and political systems around the world.

Will the idea that a campaign must be “data-driven” to be successful continue to be popular? Why?

In the United States, yes. Because there is an industry that has an interest in continuing this.

Then, there are the consultants and pollsters.

“You have this industry: People who want to make money off elections.”

There is a complex ecosystem in the United States.

But in other countries, I think the number of individuals who see that their votes are being manipulated — and see that they do not have a free choice in elections and who lack trust in the democratic process — is growing.

There is a perception among officials where the electorate is not seen as a collection of individuals as a thinking people, who can make choices and reason, but is seen as pieces of data that can be manipulated.

This is a real damaging perspective.

It is important to qualify, however, that just because people say data analytics win elections, doesn’t mean it’s true.

There are plenty of questions about the effectiveness of these methods.

Well, it varies. It is a lot more prominent than it was.

I think that, whereas 20 years ago, there would have been very little talk about it — now, it is very much on the radar.

In many countries, there is a fear that excessive use of personal data might be used to manipulate or monitor the electorate.

We are having this debate now: about democratic integrity — not just about foreign interference, but about how these tools are used to unreasonably manipulate the electorate.

You cited Paul Schwartz (University of California-Berkeley law professor) in your research, saying that the surveillance tactics used today actually will discourage civic participation. Do you agree?

What Schwartz said was speculative — but there’s a bigger point than simply political campaigns.

Because we know knowledge of being monitored or tracked can kill one’s free speech — and can make it that we are less open to actually speaking openly, either online or in other contexts.

I think that it is true, though difficult to prove.

The more transparency you have in this process, the better it is.

“There is a First Amendment right not only to speak, but also to find out about your audience — so you can speak more effectively to them.”

When there is more transparency about what political campaigns are doing, then more and more people are going to have their decisions about who to vote for influenced by the tactics used by the campaigns.

So, people might say that they are not going to vote for someone because they felt as though they were manipulating them.

Is there any hope of regulating these tactics in the West?

In the United States, there really is no regulating body that can look into this.

The assumption is that this is political communication — and there is a First Amendment right not only to speak, but also to find out about your audience — so you can speak more effectively to them.

The Supreme Court has, effectively, said that.

So, the hope of regulating this in any meaningful way is pretty remote in the United States. But that is an American problem.

In the rest of the world, there is much more sensitivity to the way data is used in this context.

Vaughn Cockayne is a writer in Washington.