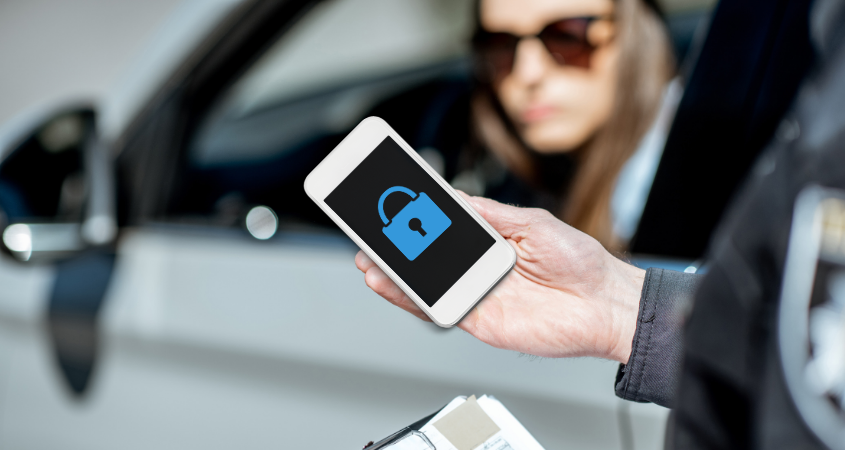 The U.S. Court of Appeals for the First Circuit in Boston found in February that warrantless searches did not violate the U.S. Constitution.

The court, in reversing a 2019 decision, said the “volume” of travelers crossing U.S. borders made warrantless searches “essential” to border protection.

Requiring warrants would “hamstring the agencies’ efforts to prevent border-related crime and protect this country from national security threats,” the court said in its Feb. 9 decision.

The ruling has the potential to expose such sensitive, private information as corporate trade secrets and doctor-patient or lawyer-client correspondence, privacy advocates told Digital Privacy News.

That’s because “many people now carry a trove of sensitive information on their phones and laptops,” said Dhruv Sharma, a member of the commercial litigation practice group at McGlinchey Stafford in Irvine, Calif.

“For attorneys and other professionals, this concern is heightened and could create a conflict with duties to protect client confidentiality,” he told Digital Privacy News.

“Many people now carry a trove of sensitive information on their phones and laptops.”

The Electronic Frontier Foundation (EFF), which filed a brief in the case urging the court to require warrants, said it was “disappointed” with the ruling and was “evaluating all options to ensure we don’t lose our privacy rights when we travel.”

U.S. Customs and Border Protection (CBP) agents conducted 32,038 searches of electronic devices, or fewer than 0.14% of arriving international travelers, in fiscal 2020, according to the agency.

“The chances of any individual having their device searched at the border is relatively small, but the impact of such a search on many individuals can be huge,” Greg Nojeim, director of the Security and Surveillance Project at the Center for Democracy and Technology (CDT), told Digital Privacy News.

For lawyers, journalists, trade officials and others, “these searches are more than an inconvenience,” he said. “They are a threat.”

But a CBP official told Digital Privacy News in a statement: “CBP has established strict guidelines to ensure that these searches are exercised judiciously, responsibly and consistent with the public trust, in accordance with statutory and regulatory authorities and applicable judicial precedent.

“CBP expects its employees to conduct their duties in a professional manner and to treat all members of the public with dignity and respect,” the statement said.

Nojeim said, however, that while CBP claimed authority to search devices anywhere within 100 miles of a U.S. border, “we don’t have evidence that they’re using that authority” outside of border crossings.

Still, he said, agents have “broad discretion” over which devices to search and which travelers to target.

“It’s important to also recognize that phone detentions can be as damaging to a person as phone inspections,” Nojeim argued.

“CBP has established strict guidelines to ensure that these searches are exercised judiciously, responsibly and consistent with the public trust.”

“Imagine being without your phone for weeks while authorities are looking through it for information” without any reason to suspect wrongdoing, he said.

“That can’t be the rule going forward.

“The Supreme Court has recognized that we carry the privacies of life everywhere we go,” Nojeim continued. “It shouldn’t be the case that your digital life can be more exposed to the government than your physical life ever was.”

Andrew Guthrie Ferguson, professor at American University Washington College of Law, told Digital Privacy News: “The real-world impacts of finding there is no digital privacy at the border is to threaten personal ideas, thoughts, intellectual works on computers and smartphones.

“Coming across the border means that your notes, diary, travel photos, personal contacts and your internal data are all fair game for the government to rummage through without a warrant,” he said.

“The impact of such a search on many individuals can be huge.”

“For individuals with attorney-client communications, or physician-patient records, or political activists — or even business folk with corporate trade secrets — ruling that there is no privacy for digital content is troubling,” Ferguson added.

Border searches are just a part of the privacy picture for travelers, noted Michael Sussmann, a partner at Perkins Coie in Washington and former cybercrime prosecutor with the U.S. Justice Department.

“The risks to your data from international travel are greater than just the risks at the border,” he told Digital Privacy News.

Those include foreign governments gaining access to information on laptops and other mobile devices, Sussmann said.

The plaintiffs in the case, Alasaad v. Wolf, haven’t said whether they’ll seek a hearing from the full First Circuit — the decision came from a three-judge panel — or appeal to the Supreme Court.

The high court has been asked to hear a couple of similar cases, McGlinchey’s Sharma said.

One, U.S. v. Cano, involves whether the scope of a border search can be limited solely to looking for digital contraband on a device.

“Your notes, diary, travel photos, personal contacts and your internal data are all fair game for the government to rummage through without a warrant.”

The other, which doesn’t involve border searches, asks the justices to determine whether an individual can be compelled to disclose a passcode to an electronic device where that device may contain incriminating evidence.

Legislation in the Works

Meanwhile, two senators are working on legislation to address the issue.

“He strongly believes that Americans shouldn’t lose their Fourth Amendment rights simply because they are standing within 100 miles of the border,” the spokesman said.

“The risks to your data from international travel are greater than just the risks at the border.”

Another Democrat, Sen. Patrick Leahy, Vt., has plans to reintroduce a border-privacy bill he sponsored with Sen. Steve Daines, R-Mont., though there’s no timeline for it, a Leahy spokesman said.

CDT’s Nojeim told Digital Privacy News: “It’s a challenge to move any legislation through this Congress,” but “it would be interesting to see (Democratic President Joe Biden’s) customs officials defending a policy of suspicionless searches.”

EFF said the Green Bay Police Department, while investigating a hit-and-run, searched a person’s cellphone (the person had agreed to show an officer text messages on his cellphone, not the contents of the entire phone), retained a copy of the data on the phone — and gave the copy to a separate state police agency investigating a homicide.

The officers’ actions in the case, State v. Burch, “pose a serious threat to digital privacy, violating the Fourth Amendment’s core protection against giving police officers unbridled discretion to rummage at will among a person’s private effects,” the March 4 brief said.

EFF said the incident was “not an outlier,” as law enforcement in all 50 states have access to the forensic tools used in the Wisconsin case.