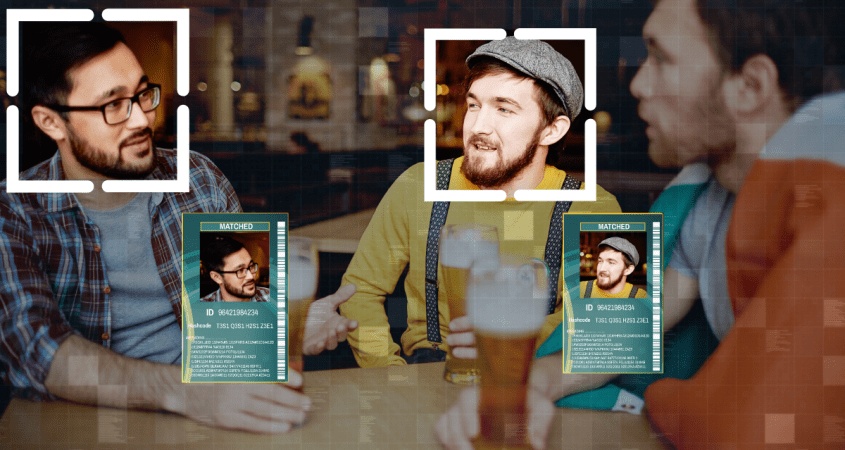 A government-sponsored plan in the U.K. could allow pubs and other venues to identify customers using facial-recognition technology — and some academics and advocates are worried about the implications for privacy and civil liberties.

The proposed scheme, which is being developed by British tech companies iProov and Mvine using a $103,000 government grant, has been touted as a means to ease COVID-19 restrictions without the use of so-called “vaccine passports.”

“There is no legitimate justification for including facial recognition or any other biometric applications in vaccine passport schemes,” said Ella Jakubowska, policy officer at European Digital Rights (EDRi), based in Brussels.

“This proposal would expand authoritarian, rights-violating biometric mass surveillance in ways that will harm individuals and society for years to come,” Jakubowska told Digital Privacy News.

Andrew Bud, CEO of iProov, told Digital Privacy News: “iProov and Mvine have been working on a project to design and create a COVID-19 testing, recovery and vaccination credential (now termed as a ‘COVID status certificate’).

“Mvine received funding from Innovate UK to develop the technology and take it to trial,” Bud explained. “iProov and Mvine are currently trialing the solution in social care.

“This proposal would expand authoritarian, rights-violating biometric mass surveillance in ways that will harm individuals and society for years to come.”

“Creating a COVID status credential scheme raises social, ethical and legal issues — and it is important that the government’s review takes full account of all of them,” he continued.

“It’s also important that any credential checks at venues should be inclusive, convenient, secure and respect people’s privacy to sustain public confidence.

“That is what the iProov/Mvine solution enables,” Bud said.

Pubs and non-essential shops gradually are reopening across the U.K. following the country’s third national lockdown, which began Jan. 5.

Pubs and restaurants are expected to begin accepting customers indoors May 17.

Proposals for a “vaccine passport” system, where people could prove their vaccination status to access venues or services within the U.K., have been controversial among politicians and civil-society groups.

On the question of whether pub-goers would be required to present a vaccine passport, Prime Minister Boris Johnson has offered mixed messages.

“It’s also important that any credential checks at venues should be inclusive, convenient, secure and respect people’s privacy to sustain public confidence.”

On March 26, Johnson said pub-owners might be allowed to deny entry to unvaccinated customers, according to BBC reports. Then, he later said the government was “not planning” to roll out a vaccination-passport scheme to pubs.

According to the Times of London, the facial-recognition scheme would use a phone camera to check a person’s facial image against a database, verifying their identity and vaccination or test status.

Subjects would be aware that their facial image was being processed.

“Using facial recognition to check whether people who want to go to the pub have been vaccinated might seem like an easy technological solution to a tricky problem,” said Jennifer Cobbe, research associate at the University of Cambridge.

“But it takes us even further down the dangerous path we’ve been on for some time now.

“Over the last few decades, the UK has become one of the most surveilled countries on the planet,” Cobbe told Digital Privacy News.

“Our streets and public places are full of CCTV cameras, our intelligence agencies have extensive powers to watch what we do online — and a whole range of public agencies have access to data about what we’re up to.

“This has largely happened without any serious public debate about whether any of these things are compatible with a free society,” Cobbe said.

The use of facial recognition in the U.K. was challenged in August in a landmark case at the Court of Appeal of England and Wales.

The court ordered a South Wales police force to stop using facial-recognition cameras to identify individuals within a crowd, stating that the force’s failure to assess the potentially intrusive and discriminatory impact of the technology was unlawful.

Cobbe said the pub face-scanning scheme should be considered in “the broader context of British politics, which is taking an increasingly authoritarian and anti-migrant turn.

“This technology, if widely deployed, will almost certainly end up being used for purposes other than checking COVID status,” she said.

EDRi’s Jakubowska agreed that the plans could have broader social impacts.

“Civil society has already been very vocal in raising the significant risks of discrimination in vaccine passport schemes,” she said.

“When only parts of the population have been offered a vaccine so far — and some people may never be able to have a vaccine, for example, due to health reasons — such a scheme could legitimize a technologically enabled two-tier society.”