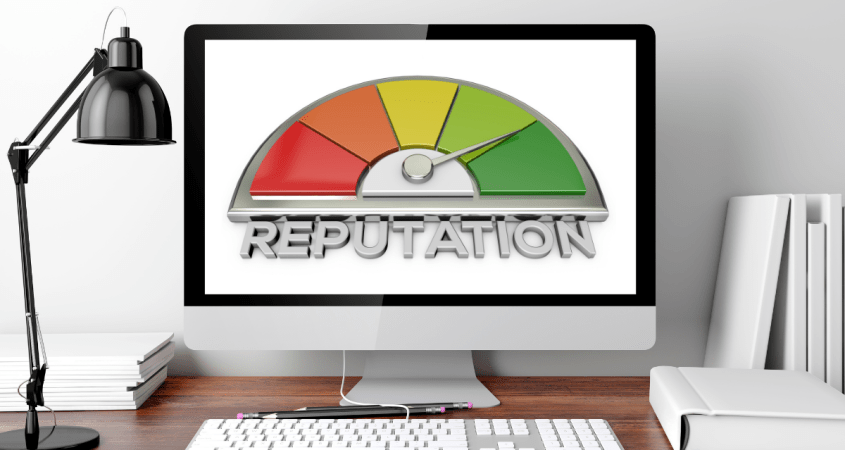 If you haven’t recently Googled yourself, it might be time you did.

A routine search could bring up a result with your name and a “free background report” at MyLife.com.

Clicking it takes you to a page with your age, current and previous addresses, religious views, marital status, net worth, political affiliation and many other personal details.

A graphic that resembles a speedometer indicates your “reputation score” based on “background details, personal reviews and social media posts,” according to MyLife’s website.

The gauge indicates how high or low your score is versus the national average.

Each profile contains other personal details, including court and arrest records that can be viewed on the website, some of which only are accessible via a premium, paid membership.

If this makes you feel uncomfortable, you’re not alone.

The U.S. Department of Justice and the Federal Trade Commission announced last July that the agencies had filed a civil complaint to stop MyLife “from deceiving customers in connection with its sale of subscriptions to a consumer background report service and to seek redress for injury to consumers as well as civil penalties.”

The complaint alleged that MyLife sold subscriptions by falsely implying that individuals had criminal records that could only be viewed through a subscription and that MyLife violated four other federal laws.

The agencies also claimed that subscriptions automatically renewed upon expiration unless the consumer took steps to cancel by calling the platform’s customer service line, which many subscribers were unable to reach.

Based in Los Angeles, MyLife defines itself as the “the leading reputation platform helping people understand and improve their online reputation” because “reputation is more important than credit.”

The company, founded in 2002, says on its website that MyLife aggregates publicly available information from government, social and other sources as well as from personal reviews written by others to form profiles.

At the bottom of MyLife’s webpage, a statement indicates that the company is not a consumer reporting agency — and because it collects data or does not create it, the platform is unable to guarantee its accuracy.

MyLife has faced previous lawsuits over questionable business practices, including one filed last May in U.S. District Court for the District of Minnesota by Brion Finlay, who is represented by David Madgett.

Finlay was looking for a new job in the fall of 2019 when he discovered his MyLife profile through a Google search. It indicated he had court or arrest records.

According to the lawsuit, MyLife failed to comply with the Fair Credit Reporting Act (FCRA) and engaged in common law defamation.

“Reputation is more important than credit.”

A federal judge last month denied a motion by MyLife to dismiss the allegations from Finlay’s lawsuit.

Madgett told Digital Privacy News that the judge’s order indicated that individuals had a right to accurate information published about themselves and a right to privacy when published information fulfilled certain federal statutory criteria.

“There are protections in place to assure that driver’s license information or other ‘public’ database information is not just randomly accessible to the public at large,” he told Digital Privacy News.

MyLife has received more than 12,000 complaints over the last three years to the Better Business Bureau, prompting the organization to investigate the company’s business practices in 2019.

Steve McFarland, CEO of Better Business Bureau in Los Angeles, said complaints described scenarios where individuals searched for themselves and found information on criminal records that did not exist.

Other complaints described situations in which MyLife prevented users from viewing the details of these records unless they paid for a membership.

“We received thousands of complaints from upset people who never had an account with MyLife,” McFarland told Digital Privacy News.

“They’d had no business transactions with them — but yet were being solicited to create one in order to find the file and to omit the file.”

“We received thousands of complaints from upset people who never had an account with MyLife.”

However, McFarland advised individuals concerned about their privacy to routinely search their names online.

“You’re doing the right thing by searching your profile online,” he said. “Be diligent about it.”