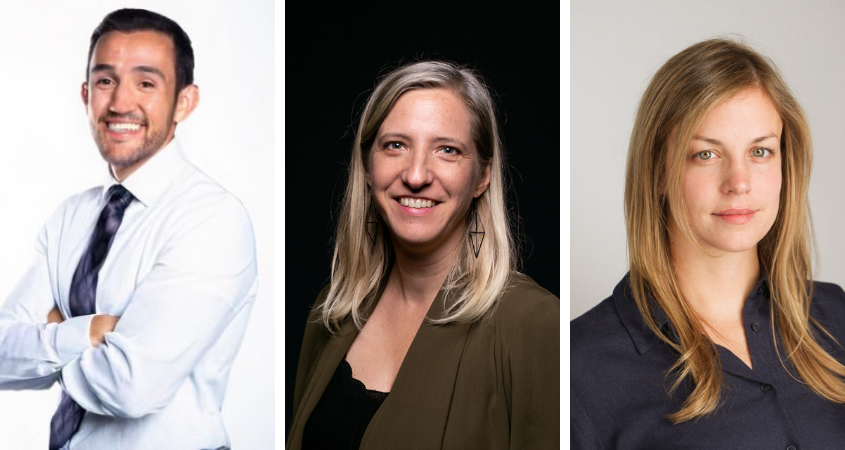 How should “clean-slate” policies be changed to address the digital-disclosure problem?

Lageson: Expungement laws should ensure that when courts expunge records, agency websites holding that record do the same. Data disclosures can be mapped onto expungement eligibility.

“When one agency validates an expungement at one point, it needs to diffuse across the system to the rest of the agencies.”

However, some states still have decentralized court data.

Is full expungement possible in a decentralized data system?

Sandoval: States need to allocate funds to build up the information-technology support systems, so that they are dynamic and communicate in this way.

When one agency validates an expungement at one point, it needs to diffuse across the system to the rest of the agencies.

But the bigger picture also includes the third parties, so you need expungement at that informal level.

For example, legislation could mandate the removal of mugshots from mugshot websites and even neighborhood-watch type websites.

Lageson: There are some First Amendment issues with a remedy for online records. Pennsylvania has been a leader here and has reformed their state background-checking laws to comply with clean-slate requirements.

What First Amendment issues must be balanced against privacy?

Lageson: Martin v. Hearst Corp. is a 2015 case from Connecticut. The police arrested someone — and a local news website owned by Hearst posted her mugshot.

She was not convicted and, under Connecticut law, her arrest record was automatically expunged. She requested the website remove the content. They refused — and she sued but lost.

“A reporter still has the First Amendment right to write a news story about what at the time was a public record.”

The legal fiction under expungement is that you can tell your employer you’ve never been arrested. But a reporter still has the First Amendment right to write a news story about what at the time was a public record.

Maybe we need not be so inflexible about preserving First Amendment rights when it comes to, for example, routine, non-newsworthy arrests used to generate an audience — such as news websites that have mugshot galleries.

We’ve also seen newsrooms and police departments decide not to disclose these records in bulk because, even though it’s legal, it doesn’t actually protect the public.

Do we need to put brakes on technological innovation, or is it just having the right policy?

Lageson: The study indicates that adopting this technology — making the contracts for different software platforms and websites — is a very local decision.

Some city councils and state legislatures have pumped the brakes when it comes to facial recognition and other technologies.

We need a healthier conversation about rehabilitation and privacy as being in the same bucket.

How should states decide which records to disclose?

Sandoval: There has to be a rethinking of the justice system — in terms of what is being published as a record, which we know for a fact has substantial implications on a person’s life.

“This information being online traps people in criminal behaviors and keeps them from pro-social rehabilitation.”

This is becoming common knowledge — and at the local level, we need mandates or a re-balancing of how to release this information: maybe not disclose pre-conviction data that is probably riddled with errors, for example.

What disclosure criteria should states use?

Lageson: Only a judge can sentence a person to a punishment — and these data disclosures should be conceptualized as a punishment, because they are a negative outcome of contact with the justice system.

The state should have the burden to explain why an arrestee’s date of birth, their home address, their body weight or their skin tone protects the public.

When is that burden met?

Webster: There are legitimate reasons to release this information — but our study gives a nice description of what those are, but also what those aren’t. I don’t think deterrence is really one of them.

Since we are seeing a rise in violent crime now with the pandemic, I’m afraid that there might be a return for some people to the retributive mindset.

But this information being online traps people in criminal behaviors and keeps them from pro-social rehabilitation.

Can states shift the culture so that disclosing someone’s record doesn’t ruin their employment and housing prospects?

Lageson: Different agencies shouldn’t be releasing criminal record data — and it is bulk data, not specific records for specific people — because every state can compile a rap sheet that includes case outcomes.

It is released only to the authorized parties or members of the public who are asking for a specific record.

“There has to be a rethinking of the justice system — in terms of what is being published as a record.”

The rap sheets give context, because you can see the police action, the court action and any punishment. It’s got dates — and it’s been verified by another person.

What regulations govern how states disclose other types of records?

Lageson: We have federal regulations to prevent our credit reports and medical records from being thrown out there in different formats and with varying accuracy. That would be harmful, especially for people without the resources to get their data cleaned up or managed.

A criminal record blocks people’s ability to get a job or get an apartment, similar to how an incorrect credit report impacts buying a house or getting a credit card.

What is the relationship between the concept of “collateral consequences” and digital punishment?

Lageson: Yes, these are collateral consequences, though not necessarily something explained to you by your defense attorney or that you understand is going to be a consequence of your punishment when you are negotiating a plea agreement.

Due to digital disclosures, the collateral consequences of a prison sentence and felony record can now be attached to an arrest that was wrongful or where you were only held for a couple of hours and then released.

What can be done about that?

Sandoval: There needs to be a movement on the legal side to start recognizing these records as causing collateral consequences.

We can’t dispose of the issue by thinking, “You did the crime and this is the actual direct consequence of it.”

How does this study fit into the current conversation on policing and criminal justice?

Lageson: After what’s happened this past year, with the public’s response to the injustices of the legal system and the trial of the (former) officer who killed George Floyd, we’re starting to really question the foundations of the justice system.

“Some city councils and state legislatures have pumped the brakes when it comes to facial recognition and other technologies.”

Criminal records are not about the people who are in the system; they’re about who the police have decided to stop.

If we’re going to be critical of the justice system, we need to be just as critical about the data that the system is producing.

Mukund Rathi is a writer in California.