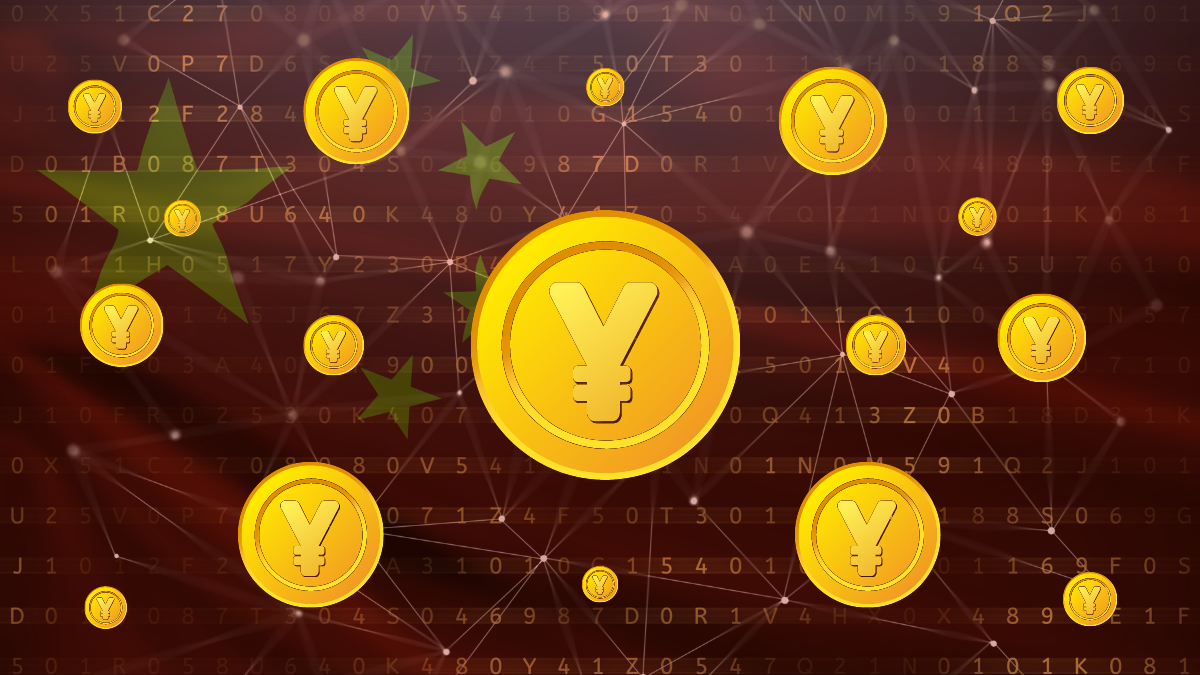 Experts told Digital Privacy News that China had leapfrogged most of the world in digitizing its national currency for strategic reasons, including as a direct challenge in the escalating techno-political rivalry with Washington.

Beijing also sees DCEP as a hedge against foreign digital currencies, a means to rein in popular fintech apps like WeChat and Alipay, as well as another crucial method to keep watch on the private lives of the Chinese people.

“Digital currency is another field where the Chinese government is pushing really hard to be ahead of the rest of the world,” said Kai Strittmatter, a German journalist and author of “We Have Been Harmonized: Life in China’s Surveillance State.”

“And if they really keep up with their goal to introduce it by the time of the Beijing Olympic Games in 2022, it will be a big step not only for China’s financial authorities but also for the (Chinese Communist) Party’s security apparatus.

“Digital currency is another field where the Chinese government is pushing really hard to be ahead of the rest of the world.”

“It will be a powerful new tool of mass surveillance and bring the party closer to the goal of complete transparency of every single individual,” Strittmatter continued.

“Keep in mind, this will not be a decentralized technology like the blockchain currencies we’ve seen; this will be a digital currency controlled by China’s central bank.

“With it, the state can finally track every single financial transaction of its citizens in real time,” he told Digital Privacy News.

Experts said “being first” in the digital currency sphere could have a profound effect on the global standards that shape CBDCs in the future.

For one thing, they said, CBDCs are unlike bitcoin and other cryptocurrencies because transactions are not anonymous.

A recent study by the Australian Strategic Policy Institute (ASPI) said the e-yuan would “create the world’s largest centralized repository of financial transactions data,” which would lead to “unprecedented opportunities for surveillance.”

The Financial Times, meanwhile, wrote that China’s Belt and Road Initiative, the global infrastructure development strategy begun in 2013, gave Beijing “an oven-ready means to break the U.S. monetary sovereignty and turn the yuan into a truly global currency.”

Emmanuel Pernot-Leplay, an expert on comparative data-protection law at Tilburg University in the Netherlands, told Digital Privacy News that countries with weak data-protection rules particularly would be vulnerable to financial surveillance from such a centralized digital currency.

Further, he pointed out that, as it stands, no international regulations on data-protection currently existed.

“The biggest ‘pro’ is the knowledge gain on money flows and transactions, with a high level of precision,” Pernot-Leplay said. “A government with that kind of information would be able to shape better policies to increase its financial stability.

“People aren’t reticent to have their transactions recorded. WeChat and Alipay are so popular in China that paying in cash can now be difficult.”

“Of course, it means that individuals’ transactions are now all recorded and stored by government agencies,” he noted.

“That can be seen as problematic, but in practice, people aren’t reticent to have their transactions recorded. WeChat and Alipay are so popular in China that paying in cash can now be difficult.

“The knowledge gained from the data would hopefully improve financial governance and economic stability,” Pernot-Leplay told Digital Privacy News. “Beyond concerns for data privacy, this will revive issues on international use of currencies and for global politics and influence — but it’s still too early to tell.”

“As long as it does not replace the USD as the key currency, which means privacy intrusions through the e-yuan records will not be global, it is a change that we must accept,” he said.

“Already, financial transactions through banks are readily subject to search and seizure by law enforcement around the world, not just in China.

“We should pay more attention to how that information is accessed by the ‘Big Brothers’ of the world, rather than worry about the fact that such information exists,” Park said.

Two stumbling blocks on China’s drive to internationalize the e-yuan are Beijing’s reputation for financial meddling and the U.S. dollar’s longstanding role as the de facto global currency.

“The e-yuan has been initially targeted at a domestic audience and well demonstrates China’s lead in the world of digital payments,” said Bradley Jensen Murg, a China expert and a distinguished research fellow at the Cambodian Institute for Cooperation and Peace.

“It is a change that we must accept.”

“Nevertheless, even Beijing does not expect that the e-yuan will be rolled out for international trade for at least a couple of years,” he noted. “Beijing has consistently tried and failed — even in negotiations with its allies — to reduce the use and dominance of the U.S. dollar.

“This is yet another step along that path.”

Still, Murg observed: “At the end of the day, continued lack of transparency in the Chinese economy and growing negative views of the Chinese government abroad significantly hobble — and, in my view, will continue to hobble — Beijing’s efforts to encourage the use of either the e-yuan or the traditional (renminbi, the official currency).”

Even so, author Strittmatter said he already saw the e-yuan strategy paying off on some fronts, no matter the outcome of Beijing’s long game.

“In a way, China’s hugely popular Fintech-applications, WeChat and Alipay, have already brought the CCP a long way towards this goal (of gaining financial data),” Strittmatter told Digital Privacy News.

“But for all their cooperation with the state, the systems run by companies like Tencent and Alibaba are still private-economy actors with their own interests.

“Beijing has consistently tried and failed … to reduce the use and dominance of the U.S. dollar.”

“A digital currency run by the central bank will cut out the middleman,” he added.

“It will not only give the state and the party direct access to its citizens’ e-wallets, but it will also have the welcome effect of reining in increasingly powerful private-economy actors who have in recent times become a little too confident in the eyes of the party.”